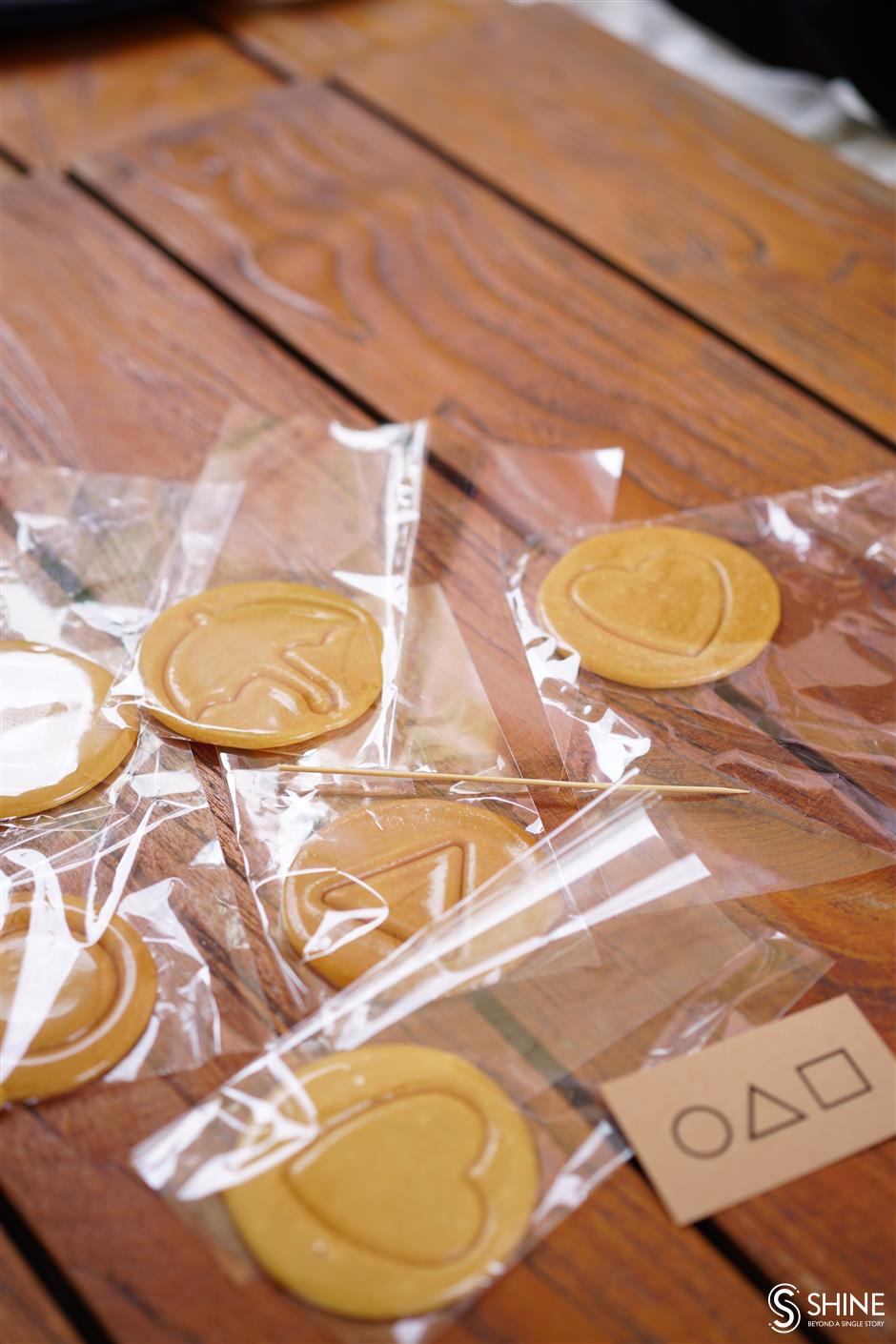 South Korean drama "Squid Game" has skyrocketed to the number one spot on Netflix. It's the series where 456 people who are in severe financial debt compete to win 45.6 billion South Korean won (US$38.5 million), and they have to play some children's games to win the money. Think "red light, green light," but if the person catches you moving, you get shot with a gun on sight.

The drama has also spurred a Tiktok challenge. In the show, each player is given a flat dalgona candy ("糖饼," also known as "椪糖") – a honeycomb-like mixture – in a tin, which features the outline of the shape, and contestants can only use a needle to chip away the excess candy. They must do so without breaking the final shape before the clock runs out or be shot.

Numerous Tiktokers have been making the candy from scratch and trying to carve out the shape without breaking it, which is difficult since the candy – made of sugar and baking soda – is very fragile.

I tried the dalgona candy challenge from "Squid Game," a South Korean drama that has recently gone viral. It's way too difficult! I would not survive even for a bit if I were a player on the show.

leave sb. on read (not on purpose)

"Leave somebody on read on purpose" is translated to "已读不回" in Chinese, describing the scenario when a recipient has read, but not responded to, a sender's message.

But what if someone leave others on read in an unintentional way? Then it might be "意念回复" – reply in one's mind after reading the message. It happens when some people are occupied with something else and forget to text back, or wake up in the morning and think they've already replied a message. When they are asked by the message sender why they didn't reply, they insist they had. However, whether on purpose or not, those who are left on read often find it annoying and upsetting – in the digital age, many have come to expect speedy responses, and not getting one can produce anxiety.