Heroic and challenging lives of firefighters

The series, a collaboration between the Shanghai Media Group and Shanghai Fire and Rescue Brigade, provides insights into the dangerous and respectable firefighting profession.

Considered one of the most hazardous jobs, firefighters are the city's heroes. During firefighters' careers, they usually undertake several thousand different missions.

Details of their work, which covers a wide realm including fire extinguishing, emergency response and victim rescue, are still unknown to many people. 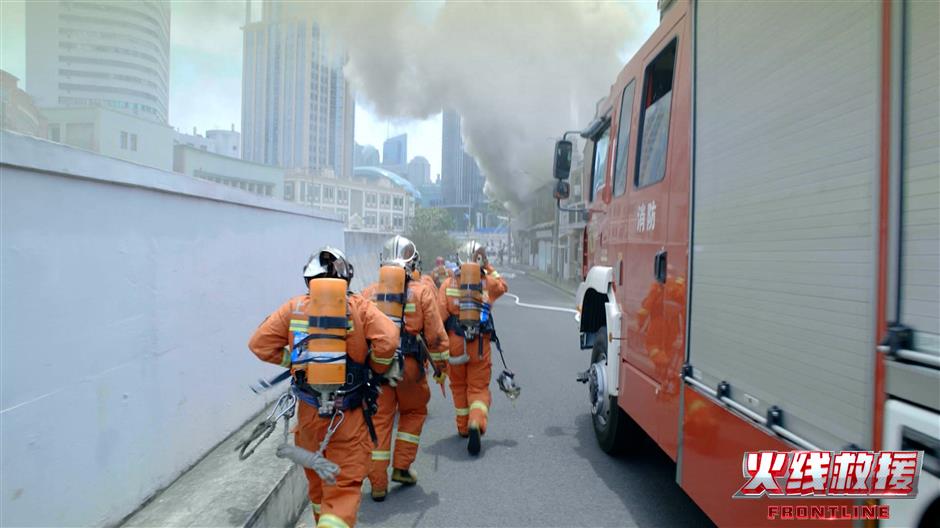 The series is the first of its kind in China that offers a panoramic look at firefighters.

For 18 months, the film crew followed the 24-hour lives and heroic deeds of 58 firefighters in two local fire stations – Hongkou and Yichang – which have respective histories of 155 and 90 years.

Firefighters' uniforms were outfitted with dozens of GoPro cameras for the series. The first-hand visual sequences provide an immersive experience for viewers in different kinds of emergencies.

The series captures how firefighters rush into the flames of an old building to save elderly men, and how they extinguish a large garage fire and protect residents' property.

Many lives have been saved, including a construction worker whose head was pierced by a metal bar, a child who was stuck in a revolving door and an elderly man living alone who fell down in his home. 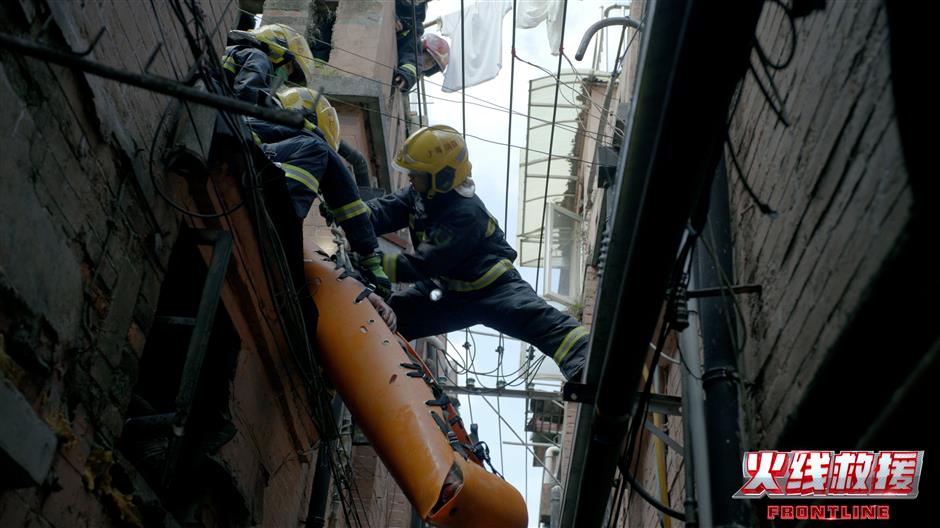 Firefighters make a daring rescue in an alley house neighborhood.

While recording their efforts to protect the city, the series also focuses on firefighters' emotional world and heart-warming family scenes.

It also includes fire prevention information, pointing out that many of the fires in the series were caused by scooter and e-bike batteries and gas leaks. 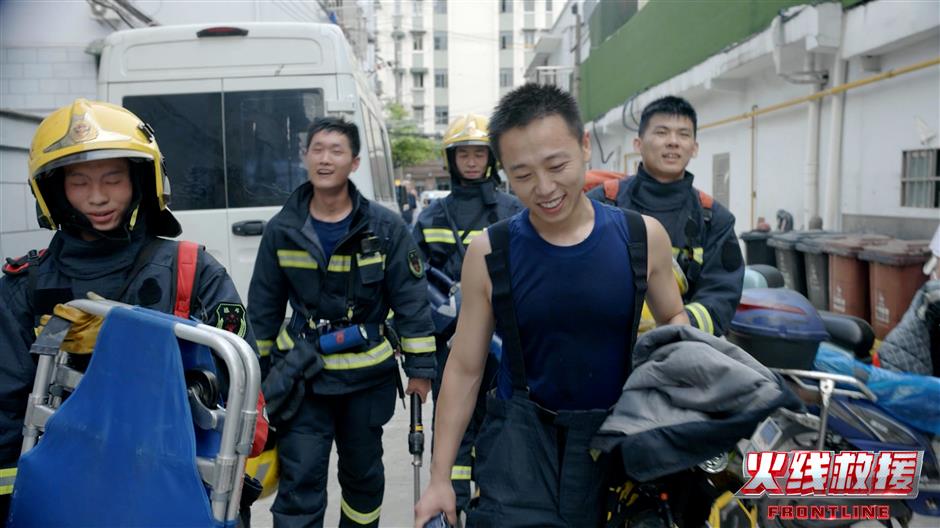 Firefighters feel quite relieved after the rescue mission.

According to Wang Lijun, director of SMG's Documentary Center, this isn't the first time SMG has presented documentaries based on long-term, continuous shooting.

Foreign firefighting documentaries and television dramas are quite common, including the American series "9-1-1" and Germany's "112-Lifesavers."

However, the Shanghai-produced series hopes to redefine and interpret the word "hero."

In the eyes of Wang, nobody is born a hero. Heroes are ordinary people who can bravely stand up to crises and danger.

"We don't want to portray firefighters simply as superheroes. Instead, we want to portray them as ordinary people in a multitude of ways," said Wang. "Their work doesn't merely depend on courage and bravery. It is based on highly professional team work. Like all of us, firefighters also have problems in their life."