A black T-shirt with jeans is a forever dress style of Zhuang Shen, who jokingly says it's decent enough to meet with bosses or government officials, and also convenient for working on messy, dusty construction sites.

The 50-year-old architect and partner of Atelier Archmixing has been exploring and growing with Shanghai for the past three decades, retrofitting, renovating and transforming the city with his expertise in urban architecture. Zhuang is also a professor at School of Design, Shanghai Jiao Tong University. 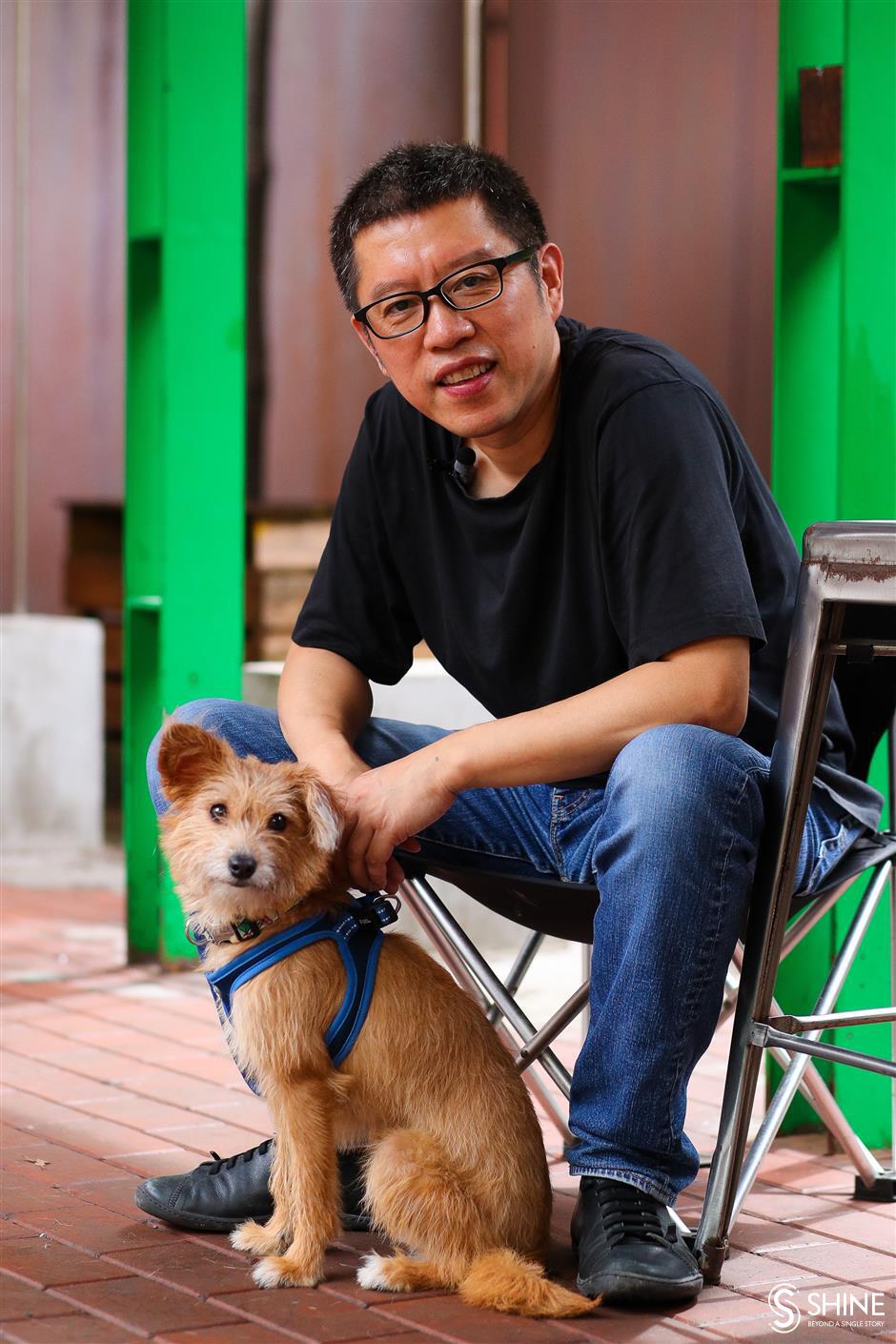 Zhuang Shen, a 50-year-old architect and partner of Atelier Archmixing

"The metropolis I've been living in for 30 years still surprises me each time I'm strolling its streets," Zhuang said. "For me, it's a familiar stranger – fresh, stimulating and cordial."

And it's the place from which the architect draws his inspiration. The Pocket Plaza on densely populated Yongjia Road in the old part of downtown Shanghai is one of the successful projects Zhuang has designed and presided over. It is highly practicable and functional after it was put into full operation last year. Recently Pocket Plaza has won two heavyweight honors at the ARCASIA Awards for Architecture 2021 – the Gold Prize in the Social and Cultural Architecture category and the Special Prize in the Social Responsibility category. "The plaza has been well managed and made good use of, far better than I'd expected before," he said. "It indicates such a place is exactly what a highly urbanized area and its residents badly need."

As a component of the public space requirement of large community projects, pocket plazas or mini parks provide greenery, a place to sit outdoors, and sometimes a children's playground, or a small piece of land for physical activities. 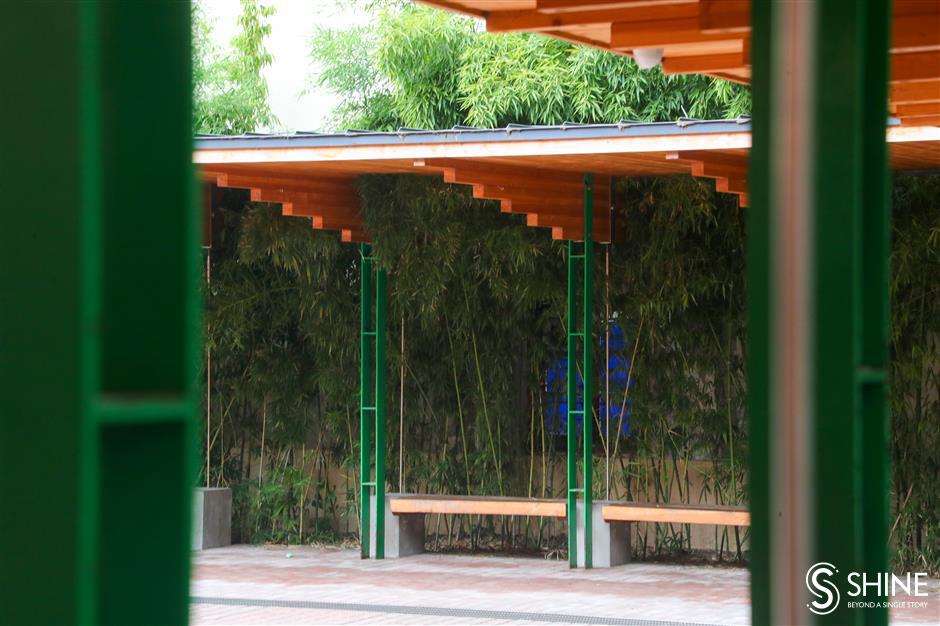 Steel-and-wood open porches with seats go around the plaza. The porches are lowered to create an intimate ambience.

But things got a bit more complicated for this rectangular vacant lot after dangerous, dilapidated old houses on it were demolished. Judging from its size and location, a public open space for the nearby communities would be the best solution. "But it also should be a territory with clear boundaries, allowing for easier management and administration," Zhuang said.

He designed the place into a half-open public space with a sense of privacy.

Steel-and-wood open porches with seats go around the plaza. The porches are lowered to 2.1-2.7 meters high, creating an intimate and friendly ambience. Three sides are naturally walled by gables of the nearby shikumen (stone-gate), and one side connects the street with a door shut down at night.

To obtain a better view of the street scene, the plaza's ground was lifted 50 centimeters higher than the sidewalk, enriching the space layer and also strengthening the sense of private sphere. The central square features small dry-land fountains, which could be managed in specific time points of the day to control how the square is used in a clever, subtle way. 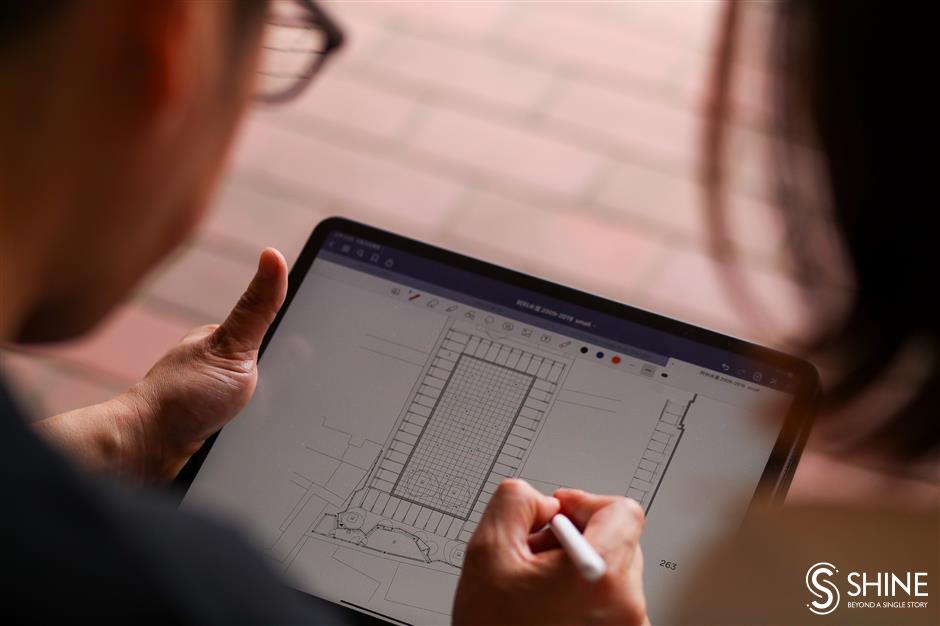 The design drawing of the Pocket Plaza

The red-brick pavements and the green steel pillars are actively blended with the tree-flanked road in front and the old shikumen houses on three sides, fusing into a familiar Shanghai landscape for pedestrians and nearby residents.

"To design and construct a house or place is like giving birth to a baby, painstaking but pleasantly sweet," the architect said.

The plaza soon became an open-air community of Yongjia Road. Locals come to walk dogs, have their small chats with neighbors, hold community bazaars, and idle away a day observing the street people, while nearby office clerks do some rope skipping at noon, and tramps might take a nap in the afternoon.

It's even an ideal place for young people to have blind dates, with so many sight distractions to avoid social awkwardness.

"What we want to do is to create a relaxing and cordial space in the daily city life," Zhuang said. The pocket plaza's sharp-contrast elements – the publicness and privacy, the dense population around the vacancy in the middle, the different heights of the ground and even the colors – help dramatize the space, bringing a light-hearted touch. 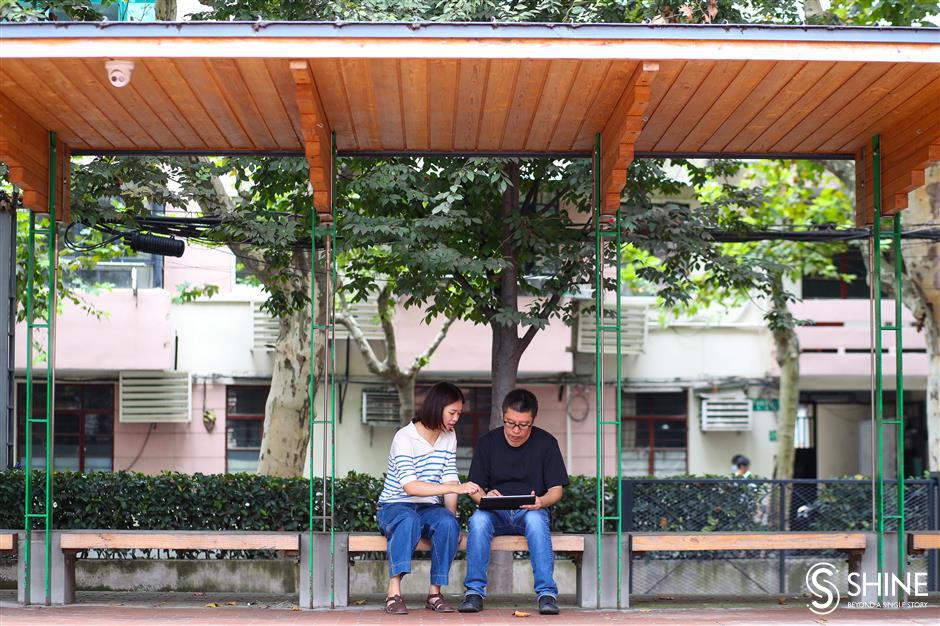 Zhuang Shen in the Pocket Plaza

The most clever part of this pocket project is the introduction of a coffee shop, which makes the plaza lively and operational. It's a win-win thing because people stay for a cup of drink, and this commercial facility, to some extent, undertakes part of the maintenance and community works, turning it into a family-like service station, where locals and the cafe take care of each other.

"The living space is extremely scarce in highly urbanized downtown Shanghai, not to say the public space for community events," Zhuang said. "Residents are in bad need of a shared place to bond together. That's the reason why we decided to do such a pocket plaza, not a beautiful park just for looking good."

Having lived in the city for 30 years, Zhuang observes, explores and knows Shanghai well from an architect's perspective. His firm has been relocated several times for the purpose of urban research, from in a hospital, a courtyard by a kindergarten, to a neighborhood and business district.

"The city and even the country's controversial, complicated urban and rural status quo have been the everyday environment we're living in and impossible to ignore," Zhuang said. His design focuses more on practicability and functionality, trying to turn the structures more human-oriented. 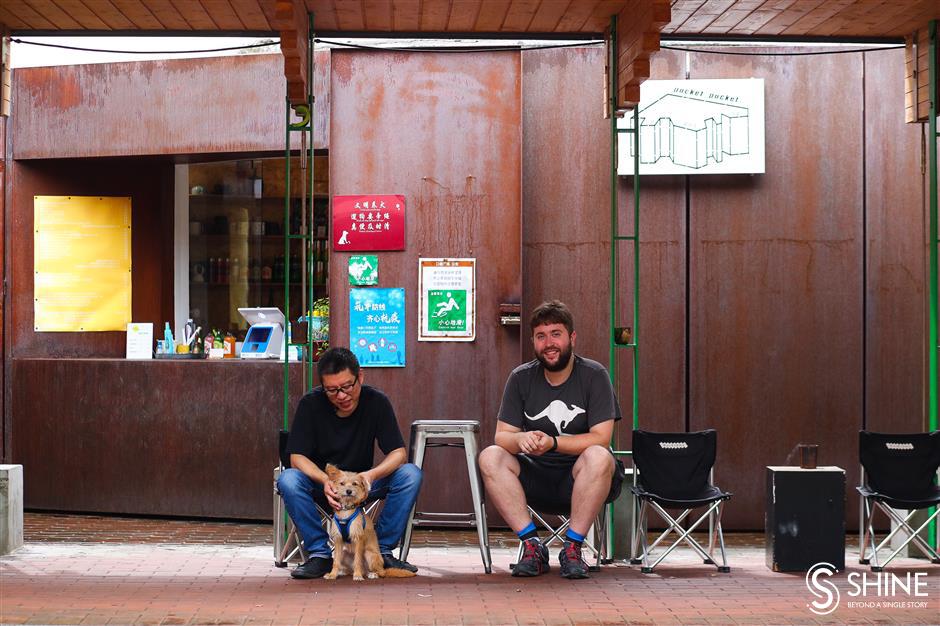 Zhuang Shen talks with James Hunter, who loves to walk his dog Mille at the plaza.

Many projects of Atelier Archmixing are renovations, which feature smart changes to buildings that bring big differences to the whole area and its people.

The facade facelift on a historic villa on Hengshan Road involved a new skin of two kinds of exterior wall bricks – the old traditional gray ones and the new luminous ones. In daylight, the house looks how it looked 100 years ago, but at night it is suddenly turned on, shining with modernity to echo with the city's vibrant nightlife vibe.

The Memorial Hall of Chen Huacheng inside Linjiang Park, Baoshan District, is another successful renovation that emphasizes practicability. A half-open courtyard with porches around the memorial hall was set up, with routes that lead to the park's every corner. The renewed spatial design created a solemn atmosphere for remembering the patriotic hero but also achieved a sense of affinity when people discovered the hall hidden in the green woods. 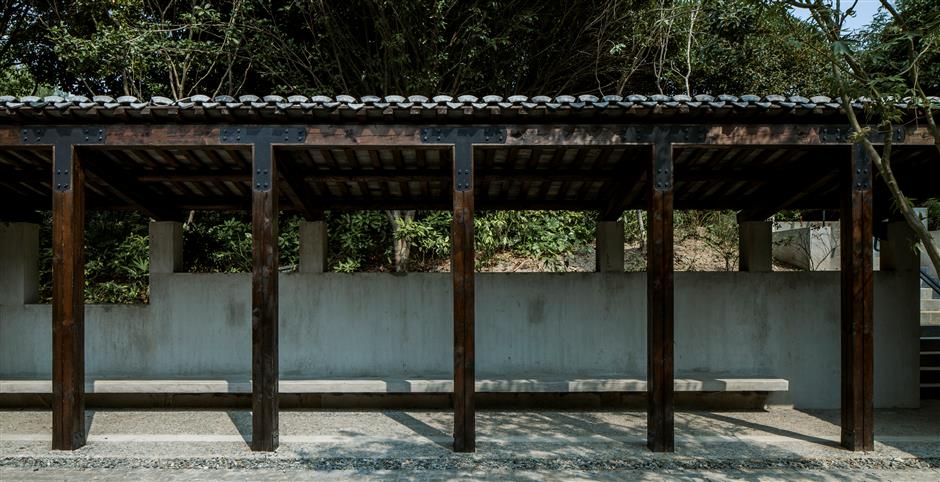 The Memorial Hall of Chen Huacheng inside Linjiang Park, Baoshan District, designed by Zhuang Shen is a successful renovation that emphasizes practicability.

"The city is changing every day, and so are the spaces we're living and working in. Some change to be bigger or smaller, some change for better or worse, and some change in a quick tempo or slow speed. Problems arise in these changes, but they also give architects opportunity to come up with good designs," Zhuang said. "Shanghai's complexity, diversity and richness make it possible for us to create, renovate and innovate."