The four sites span from the Neolithic Period to the late Ming Dynasty (1368-1644), including a wide range of unearthed artifacts and ruins to verify the long history and enriched culture of Zhejiang and Hangzhou.

Here are some highlights that make these findings stand out from the other finalists. 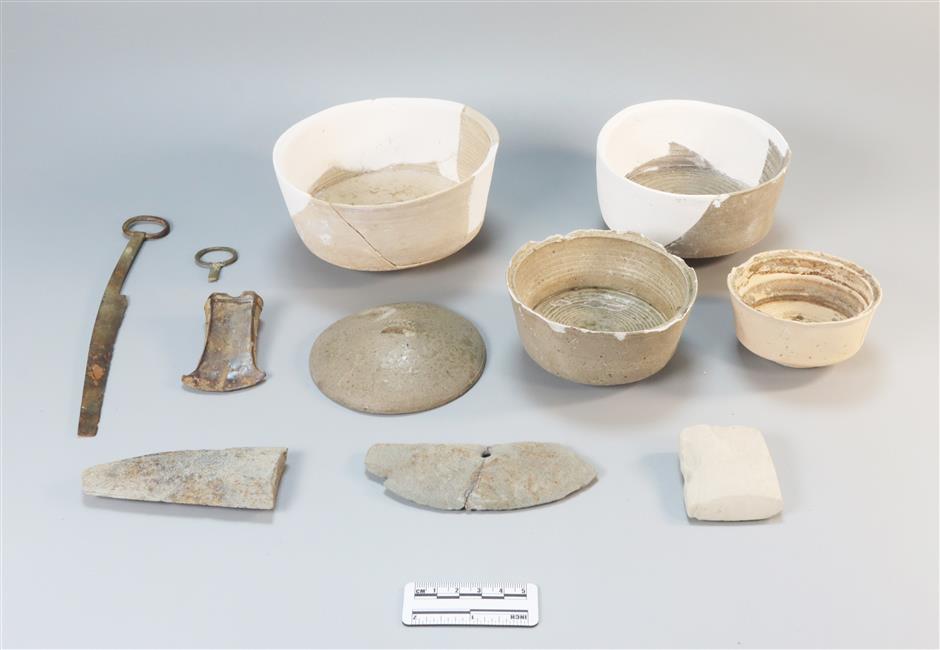 Well-preserved tools from the Shang Dynasty are excavated from Tiaotou Relic Site in Zhongtai Subdistrict.

The town was once a prefecture established during the Three Kingdoms Period (AD 220-280) with high status thanks to its location at the confluence of the Luzhu, Gexi and Songxi rivers. In 1958, it was downgraded from a city to a town.

The ancient Xindeng Town once thrived for its booming trade, ideal geographical location and rich culture. However, it gradually weakened because of the downfall of waterway transportation and changes in economic focus during modern times.

The Hangzhou Institute of Archeology excavated the foundations of the city walls and then found the drainage systems and building ruins which were constructed during the Tang (AD 618-907), Song (960-1279) and Ming dynasties.

However, their construction methods, bricks and other materials distinguish each from the others. The discovery shows evidence of the long history of Xindeng and provides historians with a living proof of the continuity of building techniques, structures and mechanisms of these city walls. 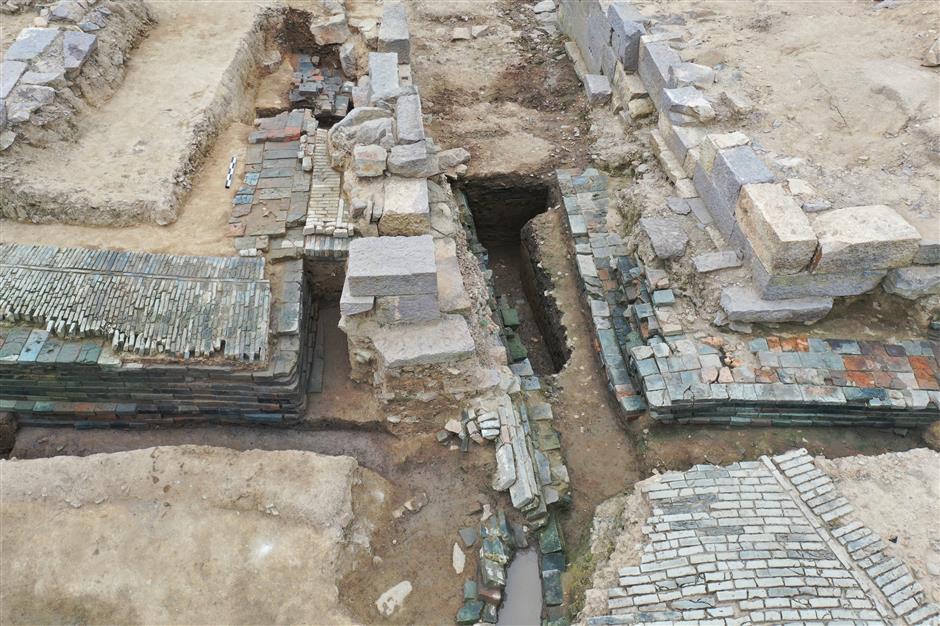 This archeological site stretches over the Tiaoxi River which is one of the original sites of Chinese porcelain-making. The Zhejiang Institute of Archeology tried to dig this area in 2004 and then systematically excavated it at the beginning of 2016. A number of potteries and building foundations made in the late Shang Dynasty (1600-1046 BC) have been unearthed in recent two years, providing essential materials for historians to learn about ancient Hangzhou before the Qin Dynasty (221-206 BC).

Rivers have always been seen as cradles for human civilization, and this was exactly the case for ancient people in Xiaogucheng. The Tiaoxi River running through the relic site has developed into a natural moat along with other two waterways.

An artificial platform measuring 12 meters in height and 2,000 square meters in area was built on the northwest side. It is the first Shang Dynasty platform of this type ever found in China. Archeologists also found a well-preserved wooden gate on the northern side from the same era, which is rarely seen in present-day south China.

In addition, a large amount of red clay and stone models indicate it might have been a workshop for forging bronze tools. 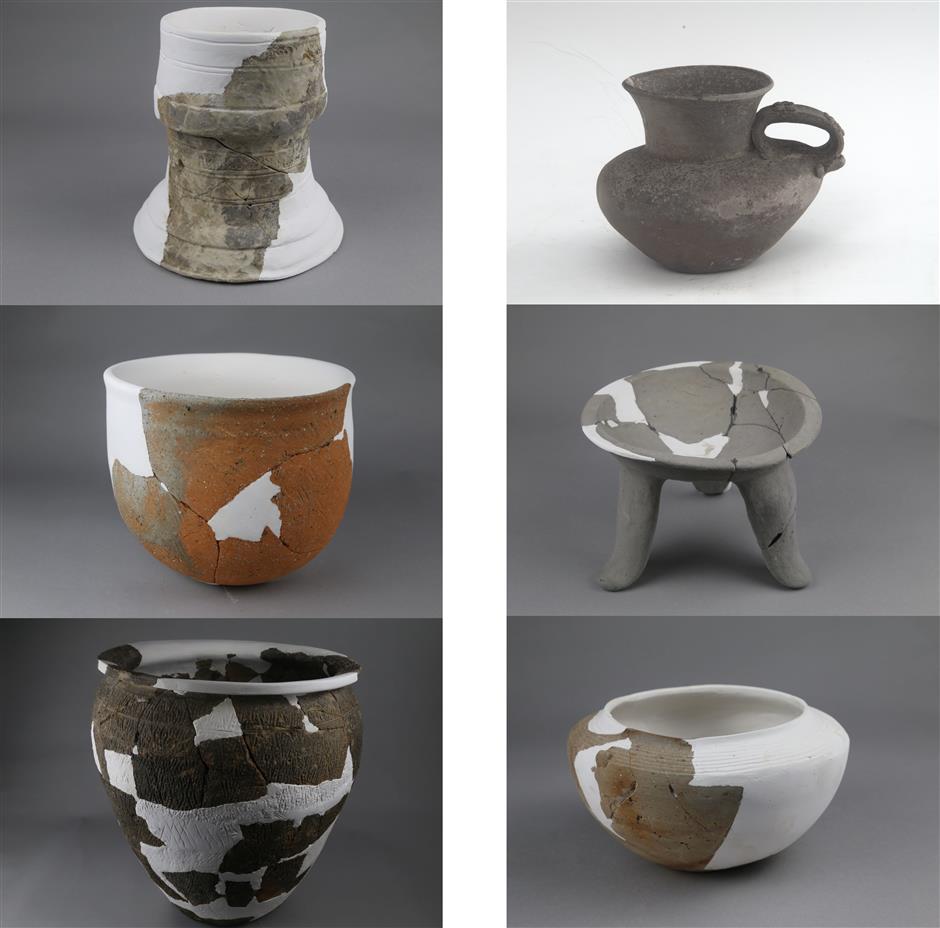 A bronze relic is found in Xiaogucheng Relic Site in Yuhang District.

It is believed to be the best-preserved bronze forging settlement in Zhejiang Province with bronze objects, wooden structures, copper ingots, potteries, charcoals and other tools. Radiocarbon dating indicated the findings are from the middle years of the Shang Dynasty.

It is the first time a site of this type has been found in the lower reaches of the Yangtze River Delta region. The findings typify the transition from the Neolithic period to the Early Bronze Age around Tailu Lake, providing crucial materials to historians for researching the origin of China and cultural exchange along the Yangtze River. 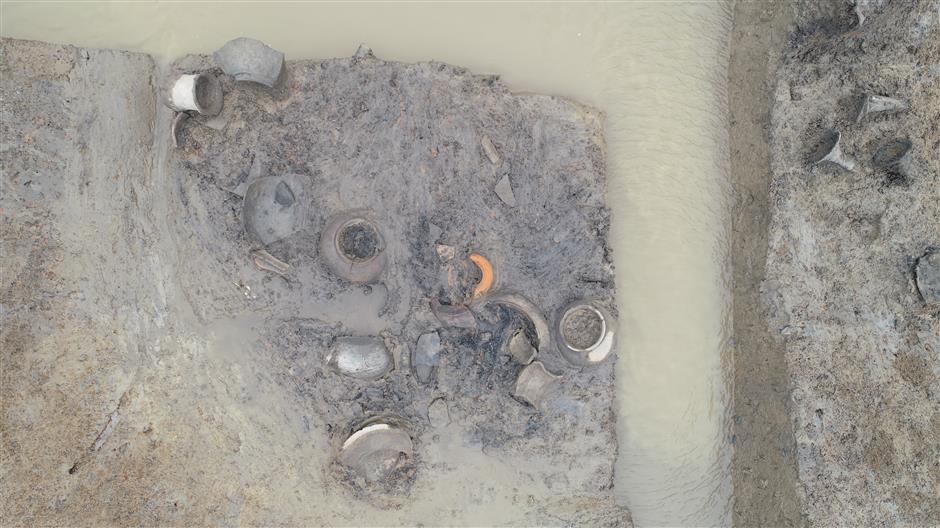 Tiaotou Relic Site is said to be the best-preserved bronze forging settlement in Zhejiang Province.

The Zhejiang government has accelerated the excavation of Liangzhu Ruins since the site was included on the UNESCO World Heritage List in 2019. The Zhejiang Institute of Archeology found new ancient sites in the past two years at Beicun Village and excavated an area of 12,000 square meters, combing through 25 foundations, 141 tombs and 211 pits.

The discovery in Beicun Village could date back to around 3300 BC when Liangzhu city had not yet been established. However, the burial objects and tomb layouts reflect that Liangzhu had already had social classes.

Some unearthed jade articles have proven that Liangzhu was an early regional state with a unified belief based on jade culture. The hallmark of the discovery is a jade bracelet carved with six dragon heads. It is believed to have belonged to an aristocratic woman. 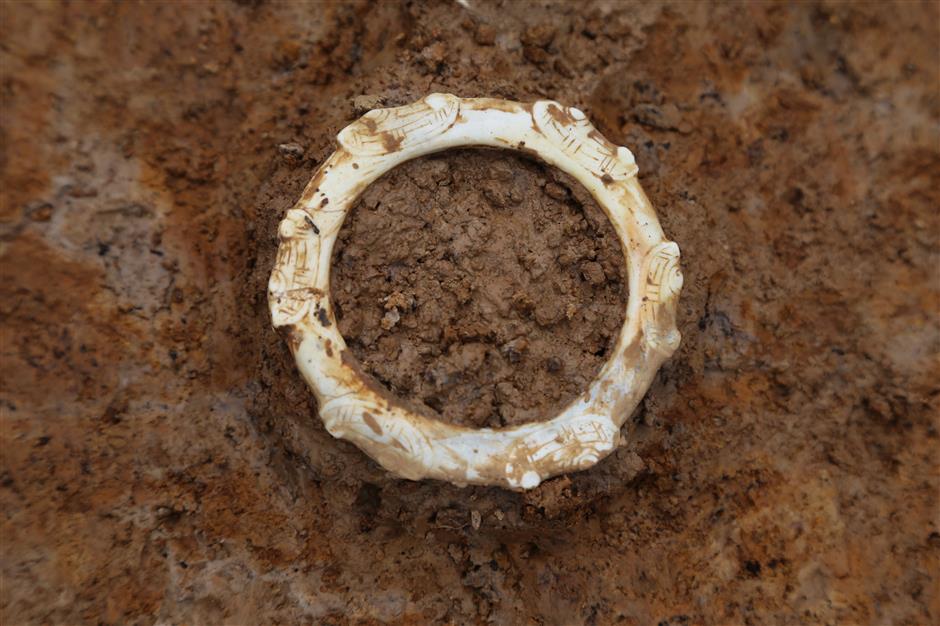 The hallmark of the discovery at Beicun Village is a jade bracelet carved with six dragon heads. 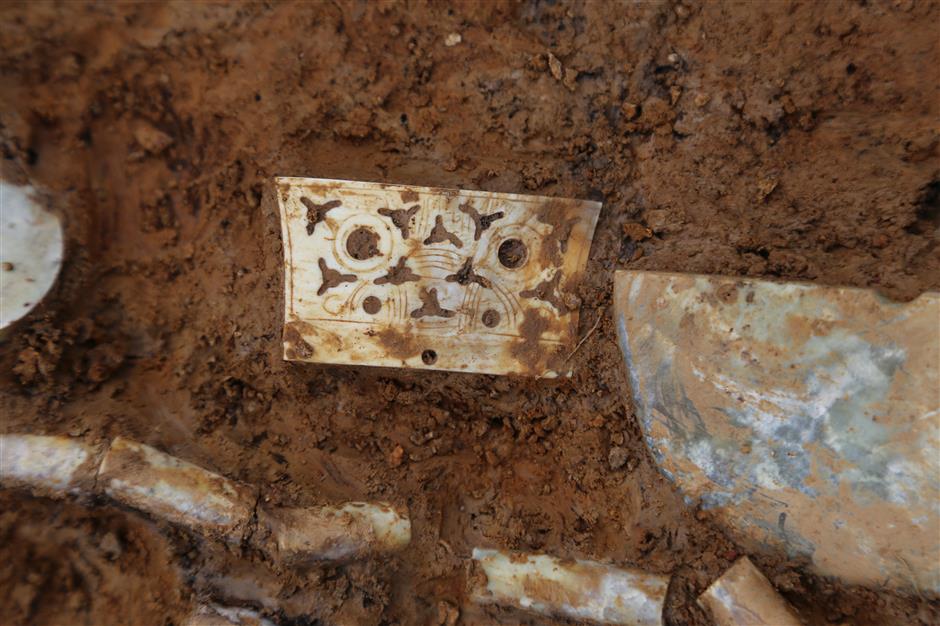 Some unearthed jade articles in Beicun 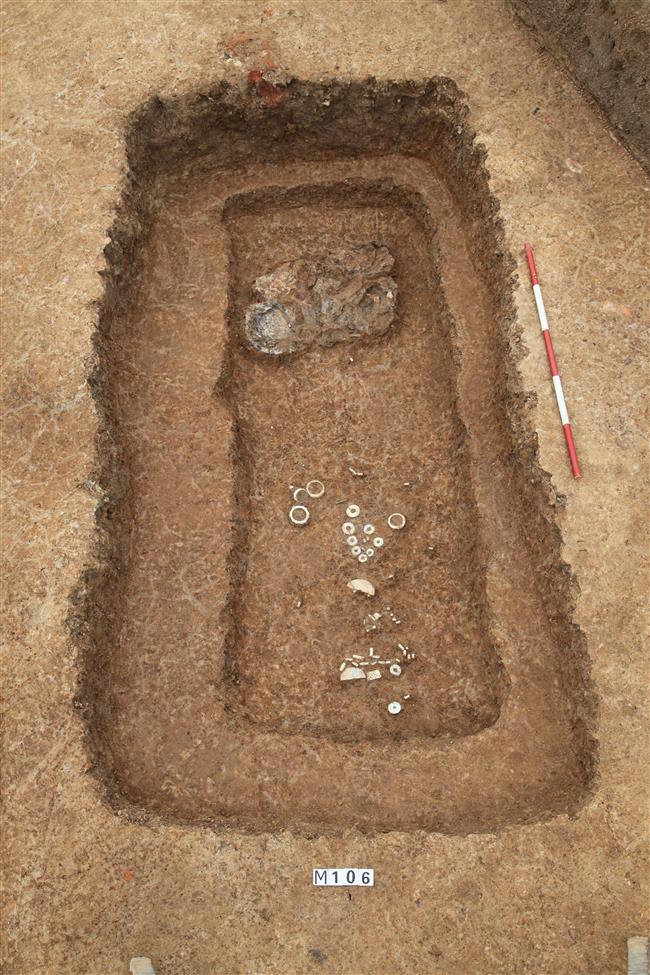