Bai Hongwei is savoring his unexpected fame, thanks to the recent hit local film "B for Busy."

The film, in Shanghai dialect, is partially based on his life and experiences and depicts the lives of a group of middle-aged people in the city.

The 56-year-old Bai has suddenly become a much sought-after personality in the local art scene and on social media.

"I made a cameo appearance in the film and even had a line of dialogue," the city-based artist said with a smile.

A resident of the trendy Anfu Road, the little-known artist lived a quiet life before the release of the film.

Bai was born in north China and moved to Shanghai at the age of 2 and spent his early days in Pudong's Lujiazui area.

"My father was a soldier and a very strict man," he recalled. "I hated math, physics and chemistry. All I wanted to do was draw. I would draw sketches the whole night, and sometimes even skipped school. My father used to be mad at me."

After graduating from a technical college, Bai, whose major was stage design, worked at Shanghai Television Station, a position that was highly sought-after at the time.

"But it was not fun. I always wanted something challenging."

Bai, like the film's protagonist, discovered his "first bucket of gold" by purchasing a number of old apartments in downtown Shanghai.

"Did you ever go to Anfu Road two decades ago?" he asked. "It was quiet ... there were virtually no people on the road."

Bai recalls his happiest years as being between the ages of 38 and 48 years old, during which time he was married to a Swedish woman with whom he has a son and a daughter.

He is now divorced, but he and his ex-wife are still in touch.

"I love the kids. When they were small, one slept on the right, the other on the left. It felt very good," Bai remembers fondly.

Bai describes himself as a typical Shanghai husband at first glance, much like the film's central character.

He claims that there are several criteria for determining whether a man is a good or typical Shanghai husband, including buying all the groceries, doing all the cleaning and cooking, and having a good temper, a caring personality and a warm heart.

He says he has all the traits.

Bai cooks well and even boasts of creating a "personal recipe."

"All the diners in my 'private kitchen' are my friends or their friends," something touched upon in the film.

"They will never forget my special hot-oil wonton," he claimed.

Bai now lives the life of those middle-aged locals with lots of "leisure time and money." But he is eager to change track, rather than kill time by frequenting cafes or restaurants.

Last year, he spent six months in the countryside, feeding pigs and chickens and planting maize in Zhucheng in Shandong Province – a far cry from his cozy life in Shanghai. 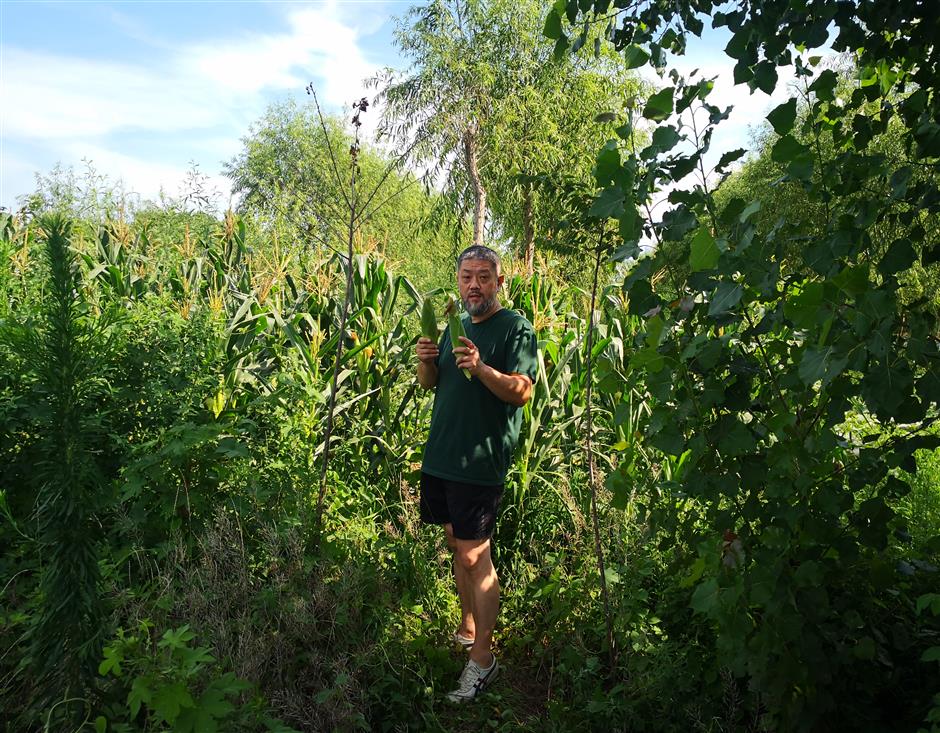 "As a result of social media, Anfu and Wukang roads are now overflowing with people. I wanted an escape from that," he said. "I lived with my cousin and his wife (in Zhucheng), who are both farmers."

Bai is uncomfortable when people refer to him as laokele (老克勒), which is a Shanghainese term for old-school fashionable men.

"No true laokele would go to the countryside to farm or eat raw garlic and green onions. But I love them!"

He even decorated his yard in Zhucheng, calling it "the Wukang Road of Shandong Province."

The country life, the vast stretches of open land, the natural breeze ... has inspired him to take to writing.

"I am writing a series of short stories set in the Chinese countryside. I have experienced reality and the lives of the people there. It is both vivid and interesting."

At the same time, he is working on another series of short stories that is heavily influenced by Shanghai dialect.

"I love literature. I don't have any academic writing skills but I read widely, and try to absorb and imitate the skills from the masters."

The success of the movie has delayed his plans to return to Zhucheng. But he has no plans of giving up his life as an artist.

"I will be more descriptive in my paintings about the countryside. Everything here is so slow and quiet," Bai said.

"Every night when I look up at the sky, there are hundreds of thousands of stars. It's as if you've entered another world."

With many of his peers "accepting their fate" as they touch 50, Bai still retains the enthusiasm to explore life.

An ardent player of the African drum, he dreams of performing on the street one day.

"Guess, what is my biggest wish? To see passers-by throwing coins in front of me. That is a true recognition from a stranger."

Coming back to the film that gave him overnight fame, Bai insists: "I want to clarify that I have not been involved with three women as depicted in the film."

But he does believe in love at first sight.

"True, love is magical. It's magical when you meet someone you love and who loves you back. But not everyone is that fortunate. Some might never see this magic in their entire life," he said.

"Love can happen at any age. Some people as old as 70 or 80 might also fall in love if a right person shows up," he said.

Asked if he had ever felt such "magic" in his life before?

"Yes, but it didn't last long," Bai admitted with a laugh. 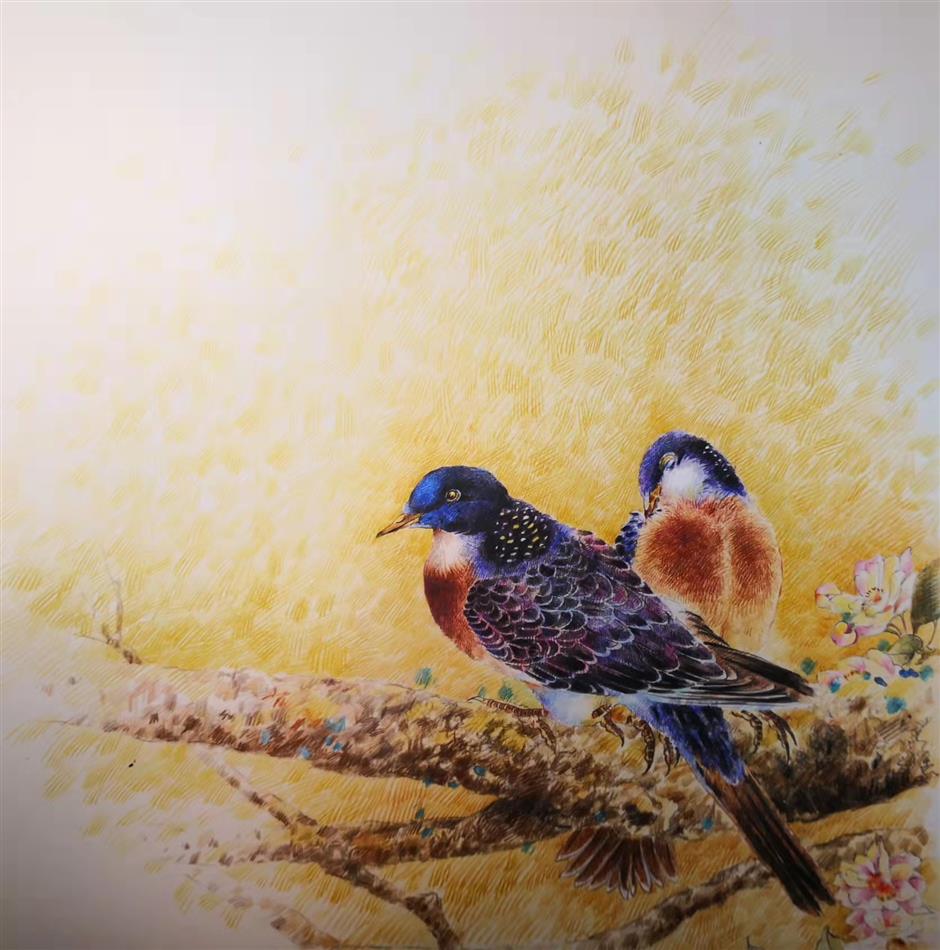 A painting by Bai Hongwei. In a classic example of art imitating life, Bai found unexpected fame after the film "B for Busy" romanticized his life.