There is nothing more refreshing than a cup of cool tea on a hot day in Hangzhou, known throughout China as a "furnace city."

For around 20 years, tea has been offered to pedestrians for free at Pujia Residential Community. Visitors to the community in July and August now can grab a cup of free tea from the stall that is run by senior volunteers.

Wang Huiling, aged 79, is in her 20th year of serving at the tea stall. Every morning at 7am, she and other volunteers have already set up tables and made tea for passing pedestrians.

In 2003, Wang and another eight retired residents initiated the free tea stall. They work in shifts and have kept operating for 20 years.

"The community committee supported our idea, and then we started it," said Wang. 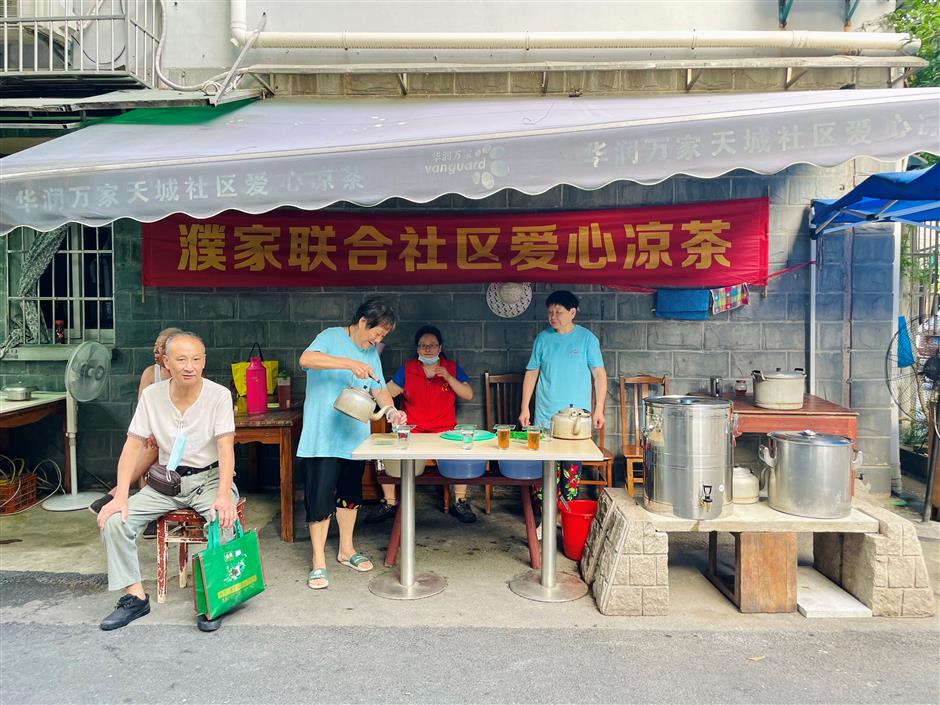 In the first year, the stall was a fairly rustic affair, with only a tea bucket and a table. The next year, they used three bamboo poles to build a stand and turned woven cloths into a roof. As the fame of the tea stall has grown among residents, the number of "waiters" and "waitresses" has expanded to 14.

The facilities for making and serving tea also gradually improved. A nearby supermarket provided the canopy, restaurants offered tables, and warm-hearted residents provided stones to build a base for the tea bucket.

Volunteers provide glasses rather than disposable cups to save resources, but it's recommended that people take their own bottles.

The tea stall has benefited tens of thousands of people over the past 20 years, particularly in scorching summer. They will continue to operate through the end of August, serving people during the hottest months.

The volunteers use their own recipes to brew the herbal tea, usually including chrysanthemum, honeysuckle, liuyueshuang, mulberry leaves, lotus flowers and green tea. 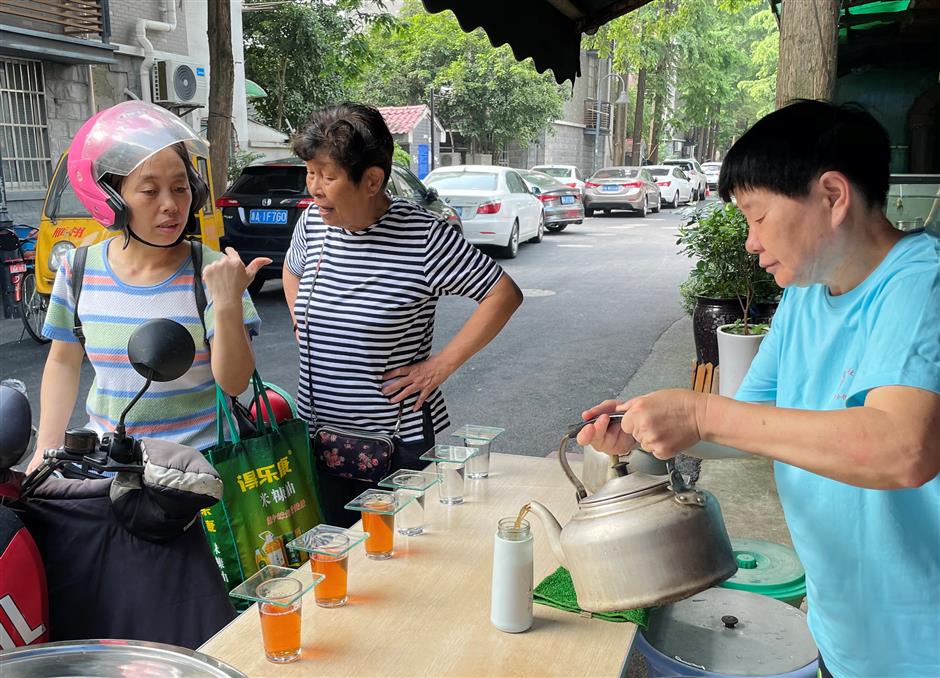 A volunteer pours herbal tea into a bottle of a resident. Glass covers are put over each cup of tea to retain the aroma and prevent dust.

These herbs are commonly used in traditional Chinese medicine to stave off internal heat and stimulate fluids. TCM practitioners believe the body's inner heat becomes excessive and has to be eased during summer. These leaves are considered the simplest ingredient to cool down the body's inner hot energy.

The operation cost of the tea stall is about 2,000 yuan (US$298.2). Many residents and organizations have donated money during the past 20 years, and Wang recorded every single donation.

"Operating the tea stall is not easy," said Hu Xiaowen, an official from Pujia Community committee. "Alfresco herbal tea stall is relatively rare in summer. For the elderly, the scorching afternoons are not pleasant. Even with fans, it is still burning hot at 40 degrees Celsius."

Some senior volunteers walk with faltering footsteps, but still help run the tea stall from the beginning to the end of the dog days of summer. However, they worry about the tea stall's future as their ages cannot support them to work much longer.

The Pujia Community committee helped them look for successors, and 59-year-old Yu Yunquan stood out this month. Yu is now learning from Wang and hopes the non-profit tea stall could continue benefiting people for another 20 years.

"I will carry on with the tea stall as long as I can," said Yu. 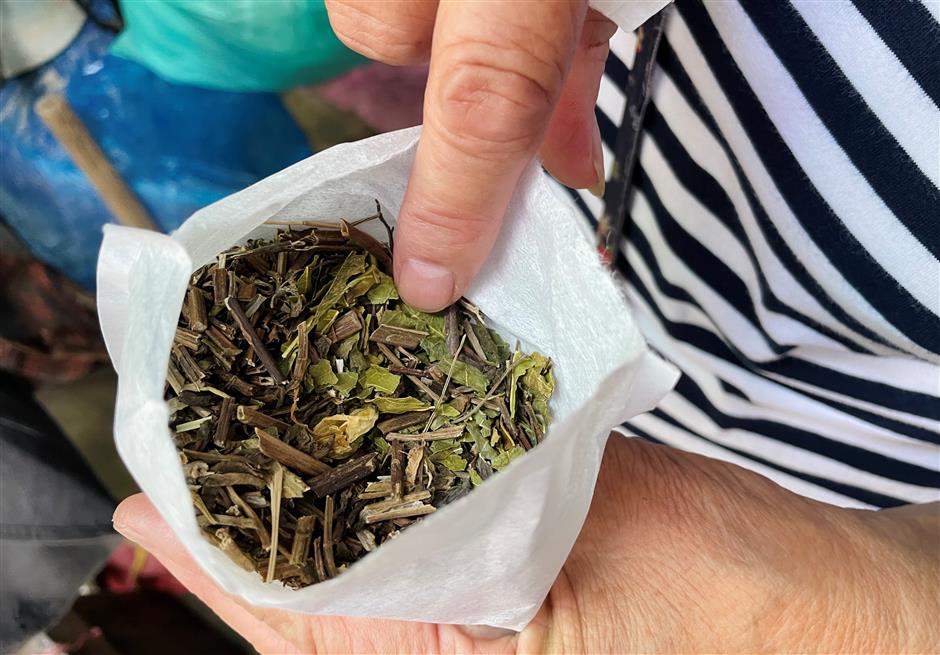 Every day, the seniors put the prepared herbs into a big tea bucket to make the day's brew. They are proud of the pure aroma. They have even devised a way to put a glass cover over each cup of tea to retain the aroma and prevent dust.

"In mid-July when the temperature approaches 40 degrees Celsius, we make tea two times a day to keep the intense herbal fragrance. Passers-by can help themselves as the tea bucket has a tap," said Wang.

Except for local residents living nearby, fans of the herbal tea stall also include sanitation workers and deliverymen. Volunteers top up the large cups of passersby.