Thinking outside the basket: Under-the-radar fruits to try in China

As the dog days of summer set in here in Shanghai, we're all searching for the best ways to keep cool. Most of us have set aside the hot chocolate and warm soup in favor of chilled treats like popsicles or ice cream that both cool down the overheated body and satiate the sweet tooth.

For those of us who prefer to stick to naturally sweet snacks, however, fruit is always the best go-to.

This particular part of the world is especially diverse for fruit. Those who've traveled around the tropical regions of Southeast Asia might be familiar with some of the various types of fruit native to the area. China also sits within the naturally growing range of many of them, and even if not, nearly all are readily available and commonly consumed here.

Many of these fruits are well known worldwide, even though they may be less common on other continents. Fruits like lychee, pitaya (commonly referred to as dragonfruit) and the infamous king of fruits, durian, are generally known around the world, even if they may be considered rare or "exotic" in many places.

While I am a fan of these three – to varying degrees – I'd like to discuss fruits that are lesser-known members of Asia's fruit family tree.

Perhaps you're a connoisseur of these tree-borne treats. Maybe you've seen them at fruit stands but never ventured to give them a try, or possibly, you're wholly unfamiliar with a few.

In any case, let's take a look at some of the more obscure inhabitants of Shanghai's fruit stand shelves. 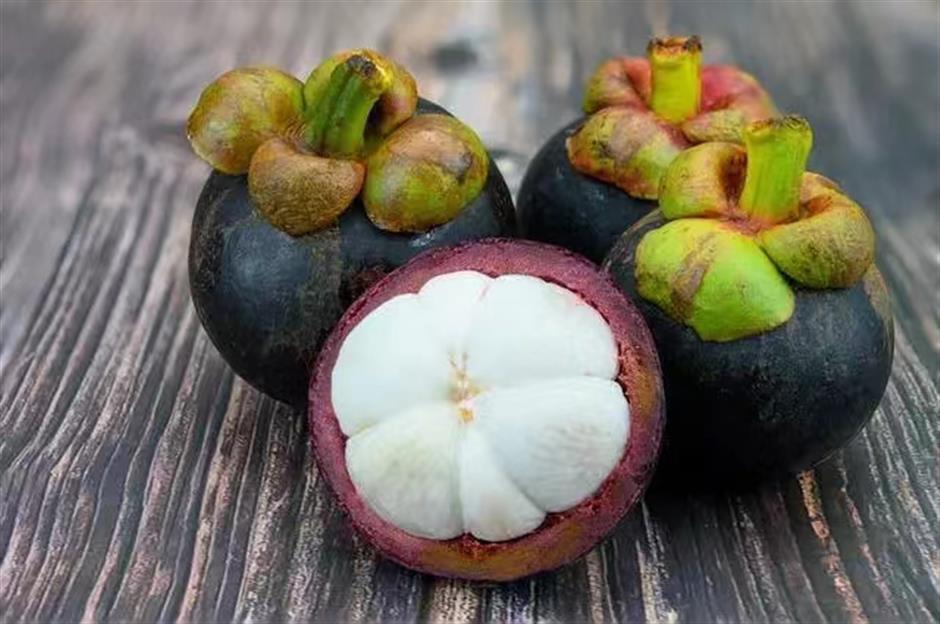 We begin with the mangosteen, a fruit native to Southeast Asian countries including Thailand, Malaysia and Indonesia. Despite its name, the dark purple fruit is unrelated to the mango, and it differs greatly in appearance as well.

Similar in average size to a tennis ball, the edible "meat" inside a mangosteen is pure white, in stark contrast to its deep purple rind.

Mangosteens are on the tart side but rather sweet as well, so they're perfect for summertime refreshment. The segmented pieces are also very juicy, making for a succulent treat that's also rich in antioxidants.

According to legend, Britain's Queen Victoria coveted the faraway fruit, but because it had the tendency to spoil quickly, in the late 19th century she offered knighthood to anyone who presented her with a fresh one. The veracity of this tale is up for debate, but for this reason, the mangosteen is referred to as the "queen of fruits."

The fruit was banned in the United States until 2007 for fear it could harbor an invasive species of fruit fly. Although the ban was lifted, mangosteen remains a rare sight in many parts of the world.

Fortunately, the fruit is commonly available in Shanghai. It's a personal favorite of mine, and it's aesthetically pleasing as well. 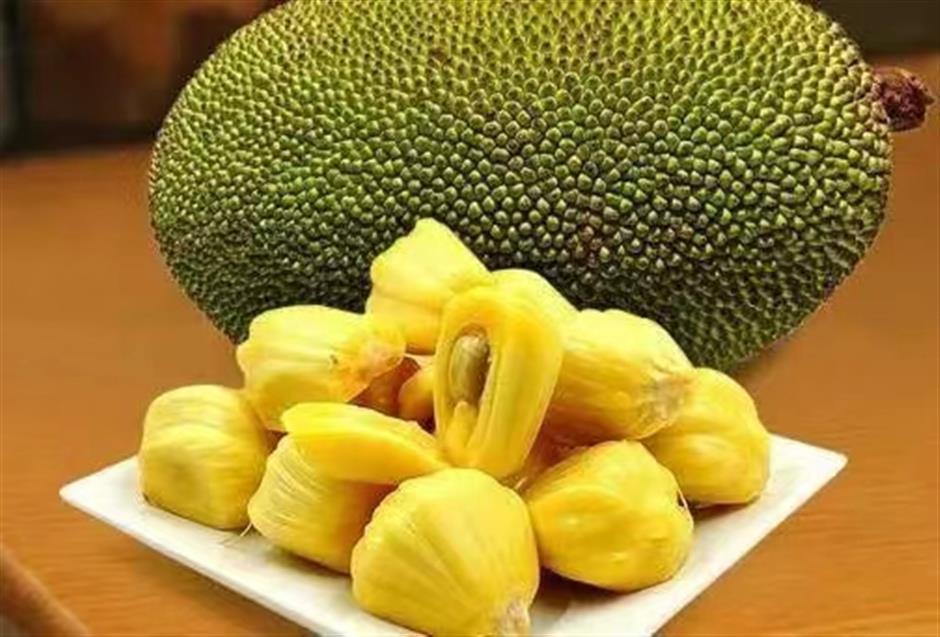 Despite resembling the notoriously pungent durian, jackfruit is far less controversial than its uniquely fragrant cousin.

Native to Southeast Asia and parts of the Indian subcontinent, jackfruit, the national fruit of Bangladesh, is the largest tree-borne fruit in the world, with an average specimen weighing 10 to 15 kilograms. Larger ones can tip the scales at 30 kilograms or more.

The flesh inside ranges from a pale canary yellow to a more common golden-orange hue. Unlike durian, which contains large chunks of soft meat with a custard-like consistency, jackfruit is significantly more fibrous and slightly crunchy.

Its flavor is comparable to a toned-down version of pineapple or banana, but it's too unique to be hemmed in so simply. The taste has a complexity that's used in products like flour, fruit chips and even plant-based meat.

Finishing an entire jackfruit is quite the undertaking, so if it's your initial foray into the world of the green-husked giant, opting for a smaller, pre-measured portion might be the way to go.

Also, the sizable seeds within have a rich, nutty taste when roasted, so don't overlook them. 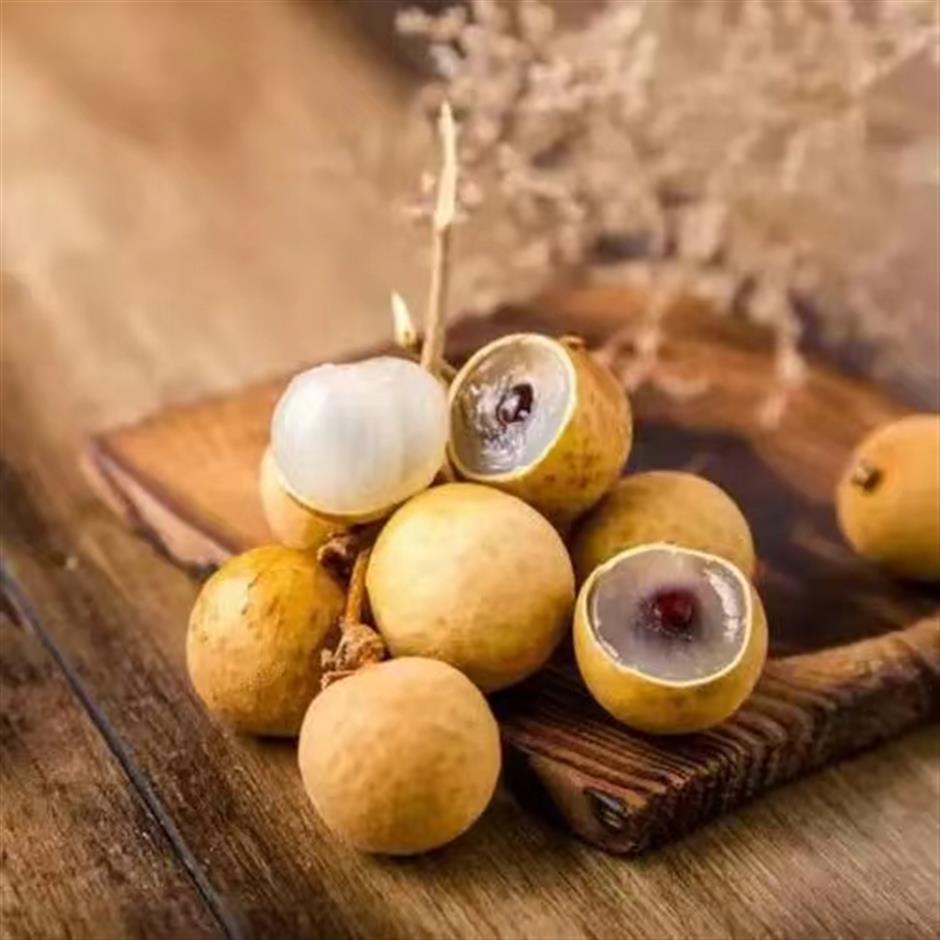 The longan, whose primary Chinese name translates to "dragon eye," is another fruit originating in Southeast Asia, but it flourishes in southern China as well.

Although bearing little outer resemblance to the lychee, which has a bright red peel and is a bit larger, once opened, the longan's flesh looks similar to its relative.

The "dragon eye" moniker fits – once shelled, the near-translucent flesh reveals the fruit's shiny, black seed inside, giving it an appearance reminiscent of an eyeball

In flavor, the longan doesn't differ greatly from the lychee, its cousin in the soapberry family. Fortunately, that taste isn't actually of soap; rather, it's sweet and slightly floral in nature.

Longans are easy to peel and eat, and are also a great ingredient in my favorite Chinese-style chicken soup recipe. 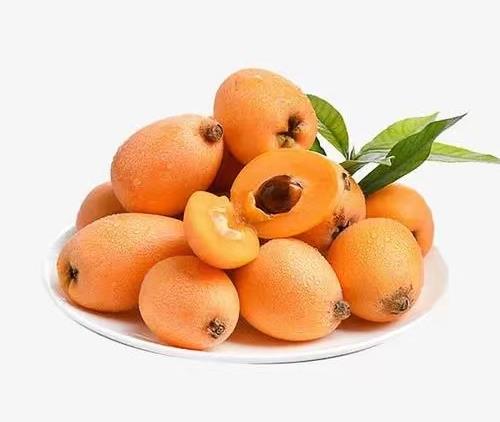 Loquats originated in the south-central regions of China and are considered to be a special export to the rest of the country.

They've been growing there for thousands of years, but are now cultivated in areas with similar, moderate-to-warm climates throughout the world. They haven't truly reached mainstream popularity worldwide, and frankly, I'm not sure why.

The fruit, with a size and shape similar to an enormous grape or maybe a heat-stressed ping pong ball left in a sweltering car, has a thin, light-orange skin and juicy, sweet flesh underneath.

Its flavor has been described as similar to an apricot or plum, with which I don't disagree. I'd say that loquats are a bit tart, but if eaten when perfectly ripe, the sour tinge fades almost completely into the background and leaves a robust sweetness.

The best loquats I've ever tasted were those I picked directly from a tree in Jiangxi Province years ago. After a quick rinse and rub, peeling and eating them right then and there in early summer was just about the pinnacle of the fruit-lover's experience. However, they're still nearly as good when bought from a fruit shop.

There are many other fruits readily available in China and Asia, but less so in other parts of the world – these are just my four personal favorites. Fruits like the waxberry, rambutan, persimmon, or carambola might align more with others' palates. But, if you are a regular consumer of fruit, perhaps take a chance on an unfamiliar one the next time you visit the local fruit stand.

Maybe even give durian a try. It actually does taste much better than it smells.