Until we're liberated from the confines of this unprecedented spring of 2022, many of us are killing time by snacking. Some snacks are healthy. Nuts, fresh and dried fruits and pickled veggies all have their nutritional and digestive benefits. But let's face it, there comes a time when our cravings can only be satiated by junk food snacks.

The term junk food first entered our vernacular half a century ago and refers to foods that are high in calories and low in fiber, protein, vitamins and minerals. Interestingly, a 2008 study by the Scripps Research Institute found that junk food and addictive drugs affect the brain in similar ways. No wonder they're so popular.

Sweeties like candies, donuts, cookies and cakes are all classified as junk food, but this week I'll focus on their savory counterparts as well as their ideal companion wines. Among the plethora of savory junk foods, one snack clearly stands out. The irresistible potato chip. Irrespective of their nutritional evil ways, potato chips remain a favorite of casual eaters and gourmets alike and also happen to be a wonderfully synergistic wine partner. 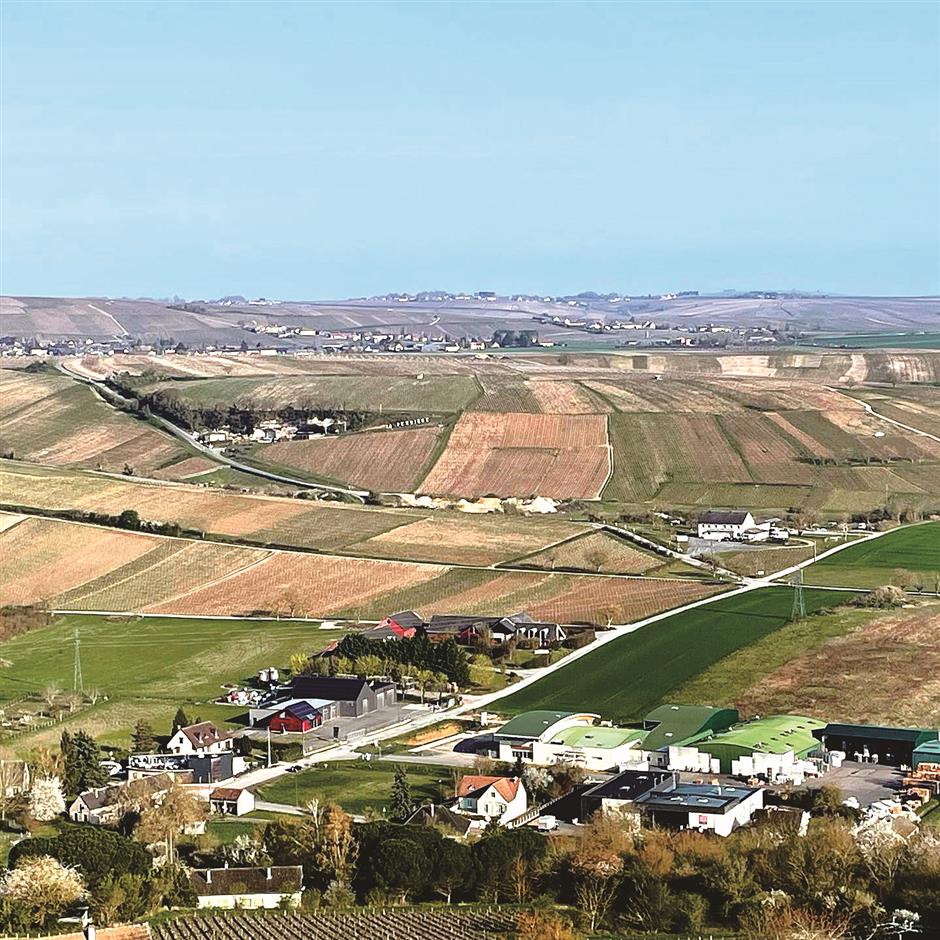 Undulating vineyards of Limoux bask in the Mediterranean sun.

Like many of mankind's most enduring discoveries, the first chip may have been a mistake. Supposedly, on a hot summer evening in 1853 at the elegant Moon Lake Lodge in Saratoga Springs, Native and African American chef George Crum had an order of standard-sized French-style potato fries sent back to the kitchen for being too thick. Some versions of the tale claim the disgruntled dinner was none other than the railroad baron Cornelius Vanderbilt.

To put his celebrated guest in his place, chef Crum decided to slice the potatoes so thin that the guest would surely see the wrongs of his ways. But the plan gloriously backfired as the guest fell in love with the paper-thin fried potatoes and soon other guests were requesting this potato novelty. On the Moon Lake Lodge menu the new creation was aptly named Saratoga Chips.

In the 1930s, Lay's first started mass-producing and distributing potato chips and they quickly became one of the world's favorite snacks. Readers will be pleased to discover that the humble potato chip only needs a fine wine partner to elevate junk food consumption to a more ritzy epicurean experience. A style of wine that admirably serves this purpose and helps dissipate the greasiness and saltiness of the chips while also distinguishing the original potato flavor hails from the birthplace of vino bubbles.

The Languedoc sub-appellation of Limoux is located in the eastern foothills of the Pyrenees Mountains in Southern France. The region's climate features a grape friendly combination of sunny Mediterranean days and cooler Atlantic nighttime influences that lead to slow and long ripening seasons. These conditions also bequeath abundant fruit, acidity and complexity to wines. These attributes are especially apparent in the region's sparkling wines.

Wines have been made in and around Limoux for thousands of years. When Bordeaux was still mostly a swamp and Burgundy was barren of grapes, vintners in Limoux were already making distinguished wines. This is also the home of the wine world's first true sparkling wines. While the evils of corporate marketing may mislead us into thinking wines with bubbles were invented in Champagne by the Benedictine monk Dom Perignon, this can righteously be dismissed as vino fake news.

In 1531 or a few years earlier, the pious and ingenious monks of Saint Hilaire Abbey in Limoux made the world's first true sparkling wine. This is more than a century before Dom Perignon and the monks of Champagne put bubbles into wines. Local legend has it that in the 17th century Dom Perignon actually visited the Saint Hilaire Abbey and brought back the secrets of vino bubbles to Champagne.

Today, Champagne sparkling wines have far eclipsed those of Limoux. However, the best examples of the unique sparklers of Limoux are qualitatively the equals of many Champagnes.

The major grape in the region is Mauzac, a thin-skinned, late ripening grape that tends to make zesty and acidic wines with apple and floral qualities. The two other permitted varieties for making sparkling wines in Limoux are Chardonnay and Chenin Blanc.

There are three distinct styles and AOCs of sparkling wine; namely, Blanquette Methode Ancestrale, Blanquette de Limoux and Cremant de Limoux. The first style is made mostly by hand in the same manner as the Saint Hilaire monks made their first sparkler in the 16th century. This traditional style of Mauzac slightly sweet and low alcohol sparkling wine has no disgorgement so there's a cloudy residue of dead yeast sediments in the wine, but the flavors and unique texture of the wine truly stand out. Should you wish to taste sparkling wine history, this is the perfect wine.

The second style, Blanquette de Limoux, must be at least 90 percent Mauzac with Chardonnay and Chenin Blanc comprising the rest of the blend. This wine showcases the potential of the Mauzac variety to make a fresh, pure and complex sparkling wines.

The third type is Crement de Limoux. These modern style sparklers are made of 40 to 70 percent Chardonnay, 20 to 40 percent Chenin Blanc and only 10 to 20 percent Mauzac and must be aged at least one year on the lees before release. Similar to Champagne the sparkling wines from Limoux come in brut, semi-sweet and Demi-Sec sweet styles.