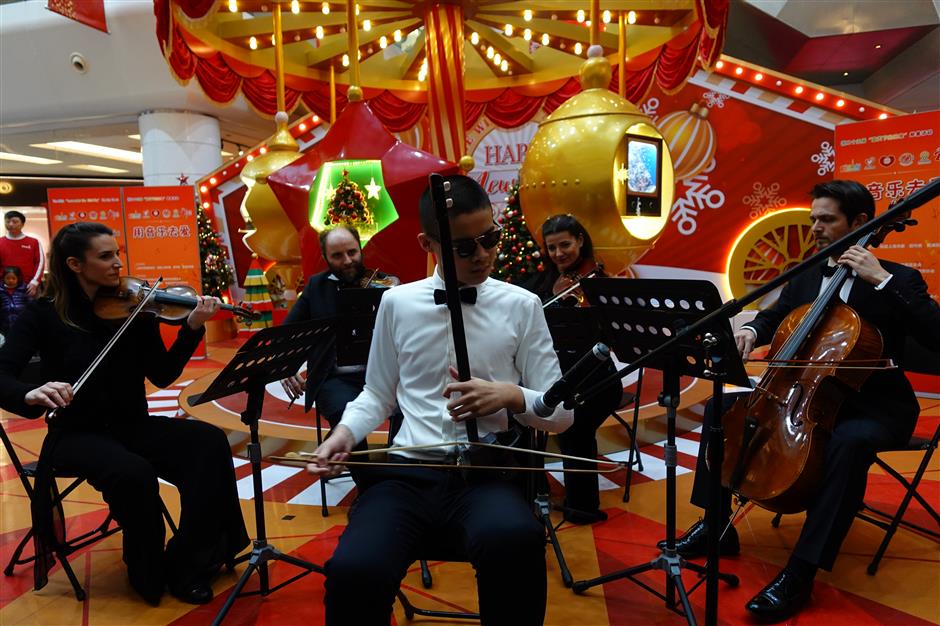 Themed "Love with Music", this annual charity event was organized by the foundation and American consumer goods maker Amway and has been running for almost a decade. Every year the two organizations invited musicians from different countries to perform in Shanghai for the kids who need help.

The brief concert given by five chief musicians of the orchestra took place in Hong Kong Plaza with some other music performances provided by visually impaired artists from a local art troupe and the mentally retarded from a "Sunshine Home," a nursing house for these people, in Huaihai Neighborhood.

The Turkish musicians brought Turkish March and Canon and Gigue in D, while the local artists performed an acapella "My Stage" and played guitar with singing "The Brightest Star in the Night Sky." The two sides had an ensemble of Songs of the Wanderers as well.

Bulent Evcil, manager of the orchestra and also the flute player, told Shanghai Daily that it’s the first time for their orchestra to visit Shanghai. But for himself, who once came here five years ago, it’s the second time.

"We did this for charity and for these children. We are proud of doing this and we feel very happy," said Evcil.

He said the orchestra is touring now in China and they have already had six concerts in the country.

Ozgecan Gunoz, concertmaster of the orchestra who had never been here before, said she got moved by the performance with the visually impaired people.

"Music itself is naturally about love, peace, and everything," said Gunoz. She said the music education is very hard and they have spent many years on that. For these people, they didn’t have such a chance but music is inside them.

According to Ma Cheng, a 14-year-old teen boy with vision disorder who played the ensemble with Turkish musicians, it's his first time to play with foreign musicians and mix Chinese stringed instrument erhu with Western ones.

"We didn’t have a rehearsal before we are on stage and I felt very nervous at the beginning of the performance. But it turned out to be a good one," he told Shanghai Daily. "I have been learning erhu for more than six years. This event is very special for us because it provides us a great opportunity to show our talents."

He wishes he can have more chances to cooperate with foreign groups and even one day play erhu overseas.

The organizer of the concert said this event is a platform for special groups, especially the handicapped. “These people also have artistic talents. They need a platform to show that and be recognized by the society," said Liao Ying, director of Amway's South China public affairs. "So we provide a platform for them to play with foreign musicians, which can enhance their confidence and help them to be integrated into society." 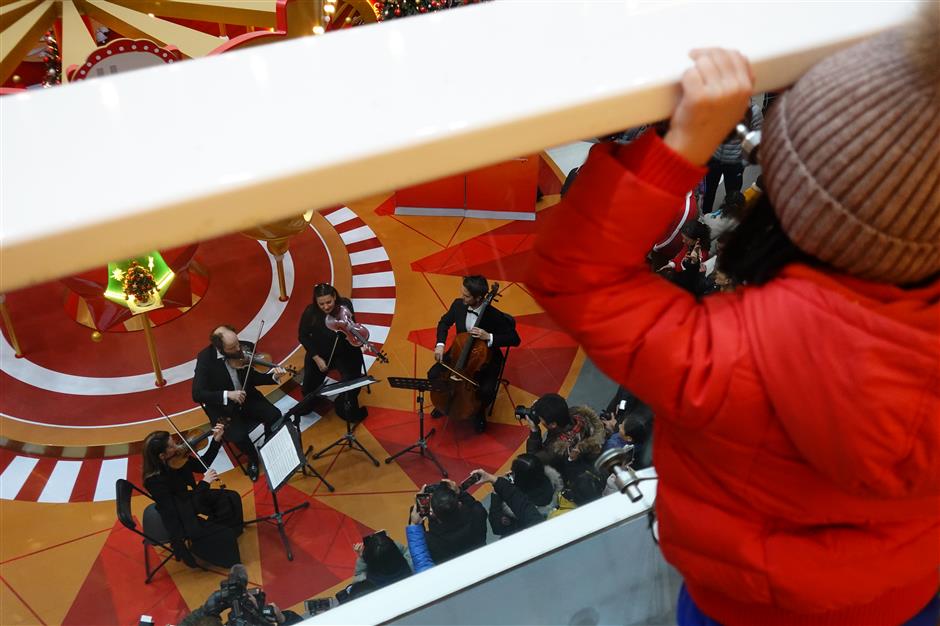 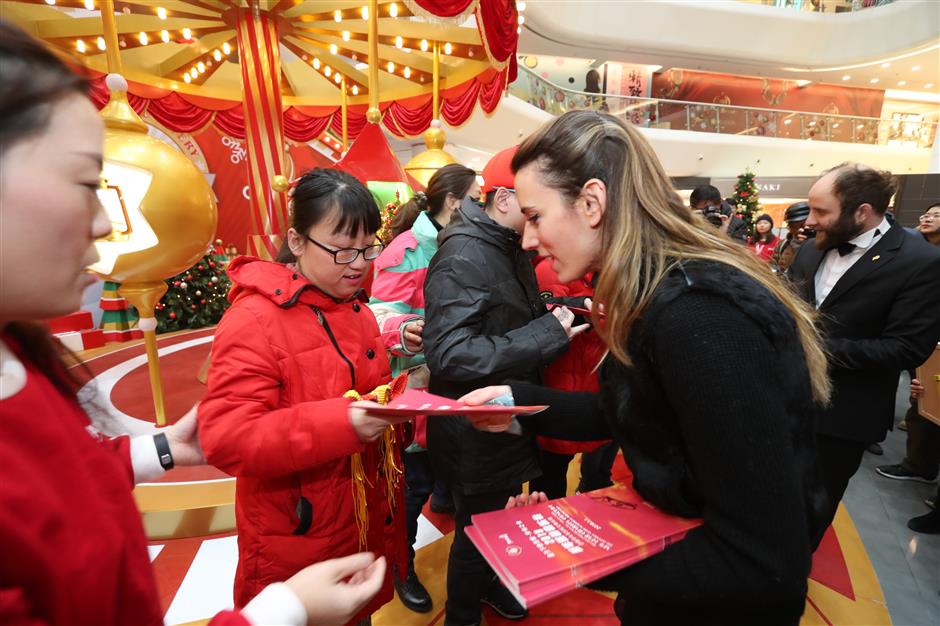 Ozgecan Gunoz, the concertmaster of the orchestra interacts with the audience on Sunday. 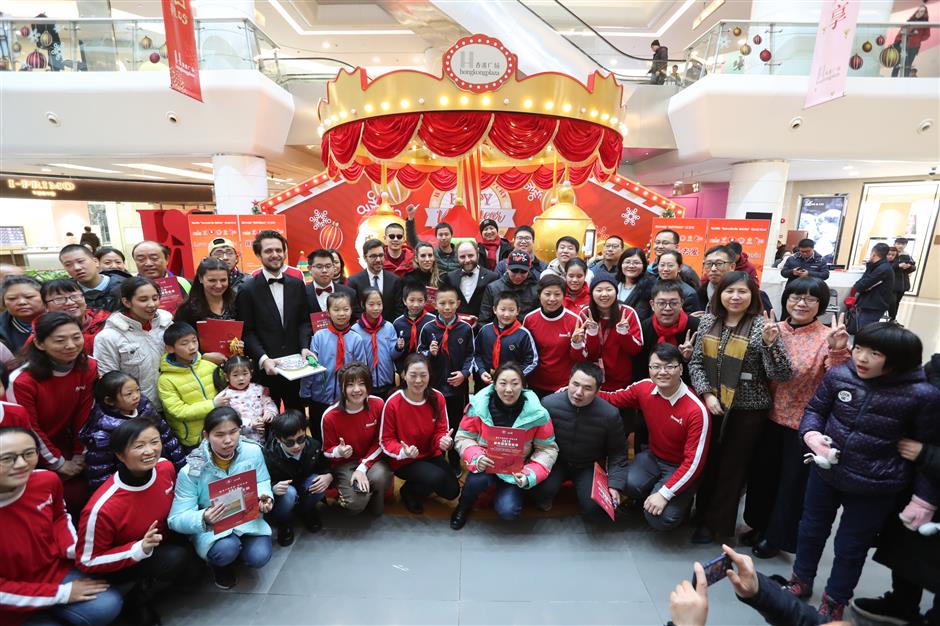 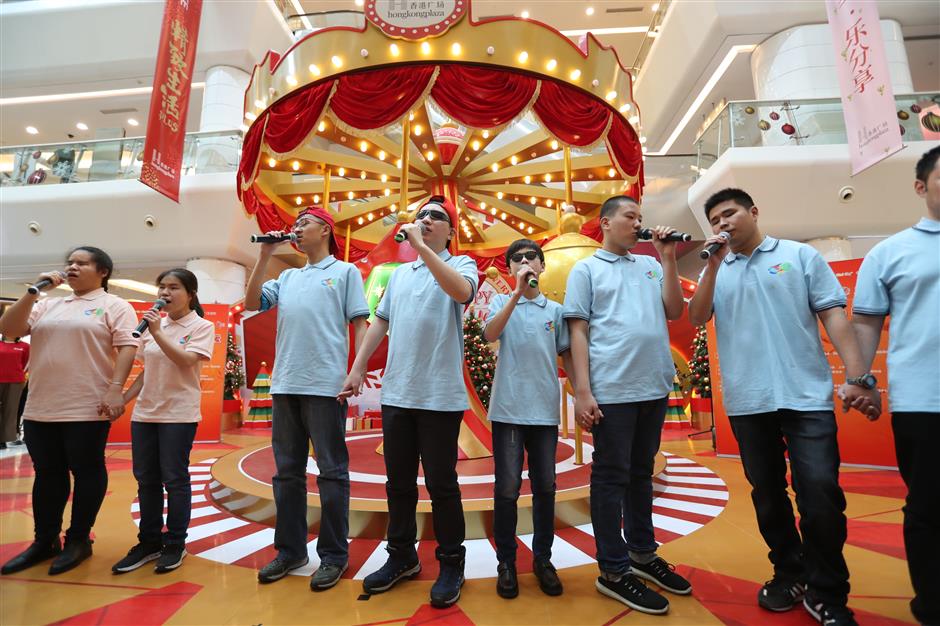