Schools in Shanghai are to remain closed indefinitely and will offer online classes from March to ensure the safety of students and teachers during the novel coronavirus pneumonia outbreak, education authorities said at a press conference on Tuesday.

On February 5, the  Shanghai Education Commission announced that all local schools — including kindergartens, primary and secondary schools and colleges — would remain closed until at least the end of February.

Lu Jing, director of the commission, said the latest decision was made based on current developments.

He said primary and secondary schools will begin online teaching on March 2 and students need not physically attend school. A new date for students to return will be announced later.

Lu also said that nurseries and training organizations should not provide offline services during the outbreak.

He said the commission had worked out guidelines for schools of basic, vocational and higher education, selected teachers for the production of recorded classes, provided teaching materials and built up platforms to deliver online classes.

For primary and secondary schools, the commission has provided unified teaching plans.

"We have taken students' physical and mental health and different rules at different grades into consideration when drafting the plans," said Lu. "The length of each class and the total class time each day will vary among grades."

Taking courses for primary school students as an example, he said that each class will last about 20 minutes, 15 minutes shorter than a regular class on campus. Each day, there will be five to six classes so students will spend no more than 2 hours looking at a screen. There will be at least 20 minutes between classes. Physical exercises and eye exercises will also be arranged.

Schools have been asked not to require students to clock in online or submit videos of what they are learning, which could increase the burden on students and parents.

Lu said that more than 1,000 outstanding teachers have been selected to produce the classes, which will mainly be broadcast on 12 TV channels for students of 12 grades from primary to high schools. Replays will also be arranged in case any students miss the first round of broadcasts.

Students can also use computers, tablets or smartphones to take the online classes, which can also be downloaded.

Several platforms will be available for students to communicate with their teachers.

Both digital and paper textbooks will be provided, parents can choose whether to collect the paper ones or not.

Lu said the commission is also working out detailed guidebooks for online study and will distribute them to students before the end of February.

He said schools can also work out their own online teaching plans if they have better resources and facilities.

"Online teaching cannot replace campus education," said Lu. "We are trying to provide relatively relaxing curricula for teachers to organize study for students and reduce the burden on families during the virus outbreak. Schools should assess the effect of online study after students return and organize makeup lessons if necessary."

The commission has also provided online resources in common courses for vocational school students but specialized courses will be provided by their schools.

Universities are asked to develop their own plans and the commission will guide them to utilize resources provided by the Ministry of Education and share high-quality courses.

He also said the university has launched 165 courses on platforms including the massive online open course system for Chinese universities so that students from all over the country can watch them for free. 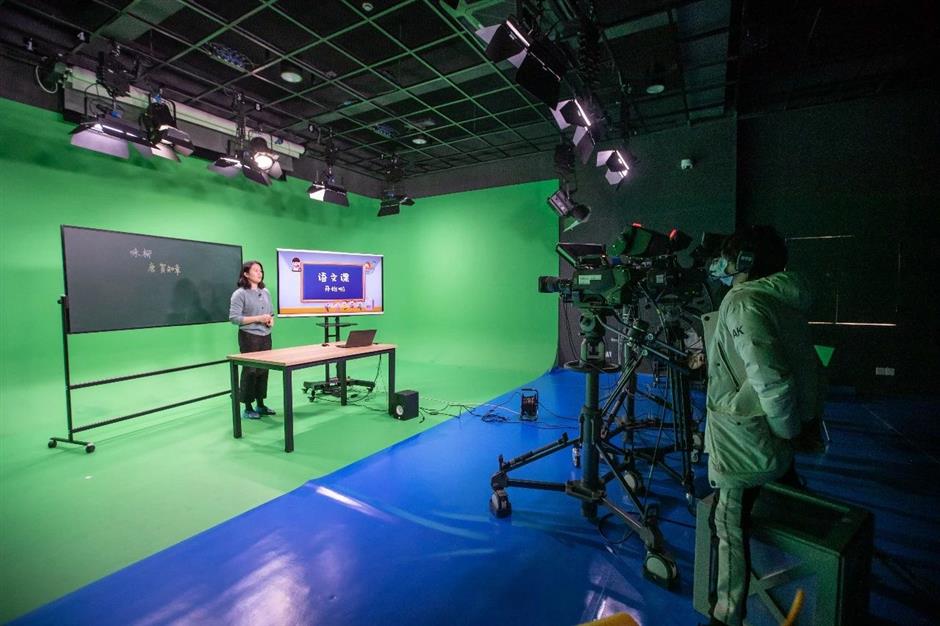 Many local pupil parents were happy to hear the news.

"I was worried about the study of my daughter because the school semester has to be postponed," said Cheng Yuyan, mother of a first-grader. "They will have to hurry up in teaching and learning with a tight schedule even if the school resumes in March."

She said she had tried to use free online courses provided by training organizations.

"I believe the lessons provided by the education authorities will be adequately designed and the grandparents only have to turn on the TV for my daughter," she added.

Xu Lijing, another mother, was worried about the side-effects of long screen time.

She said she had booked one course each for math, Chinese and English for her daughter and they lasted about three hours a day.

"Besides lessons, she also finishes exercises on the app, so it means she has to use the tablet for about four hours a day, which is too much for a 6-year-old girl," she said. "I think the time arranged by the education commission is reasonable."

Rena Du is now teaching her daughter at home by herself as she is working from home at present.

"But I don't think I can still do so next month as our company is planning to resume normal operation in a week or two," she said. "I was worried she would watch cartoons all day or just play games at home when I go to the office. The commission's announcement came in time."

"We will not bring all the offline teaching content onto the Internet," she said. "We would like to provide distance education for our students to get them prepared for the new semester and adjust their daily schedule back to school hours."

She said she had noticed that many educational companies had offered free online resources.

"We should recognize their contributions, but parents should stay calm and make wise choices when selecting resources for their children, especially before the semester begins. Actually I think spending more time with children and engaging them more in reading is also productive." 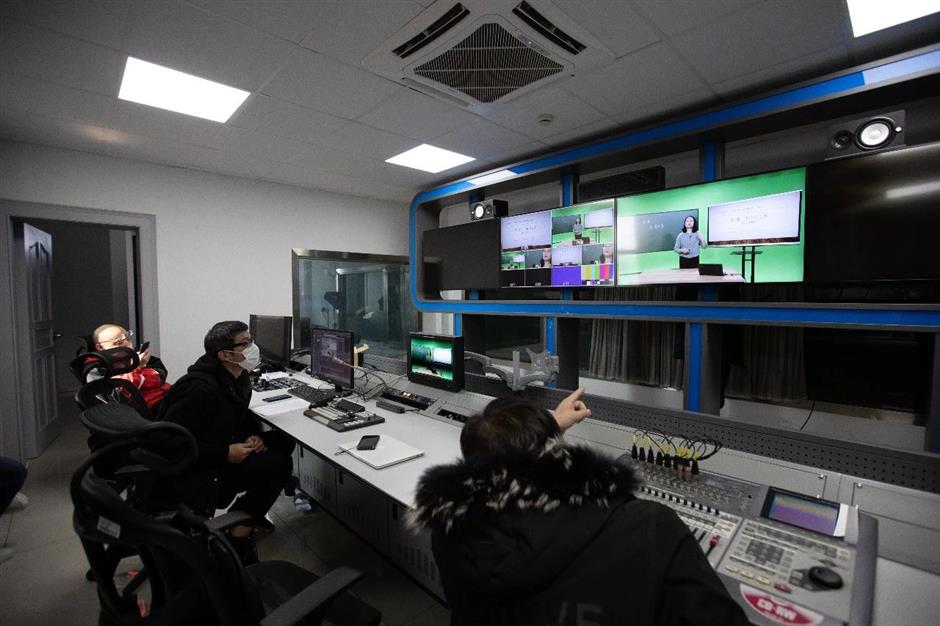