A spray machine in action. 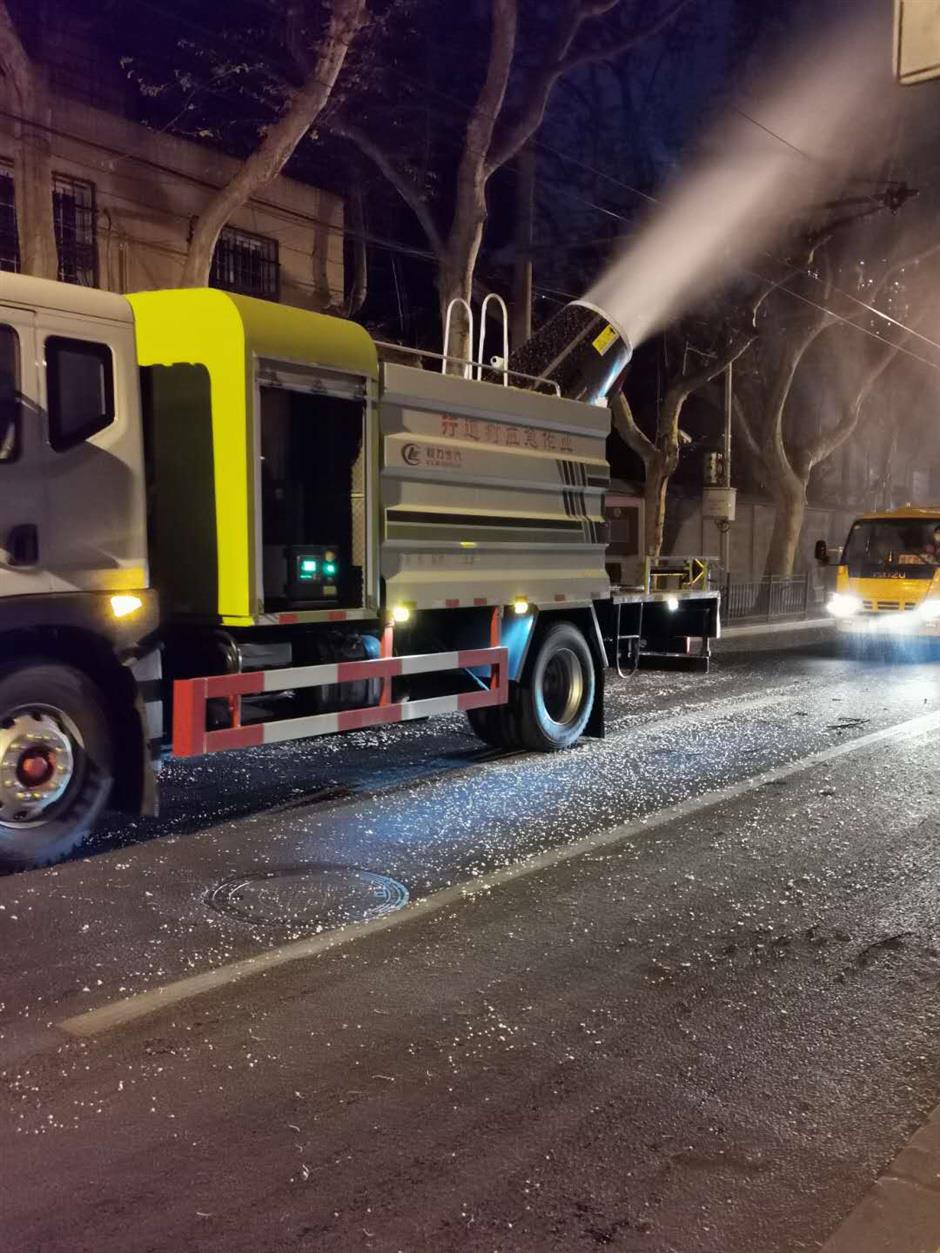 A high-range spray machine is used to curb catkins in Xuhui District. 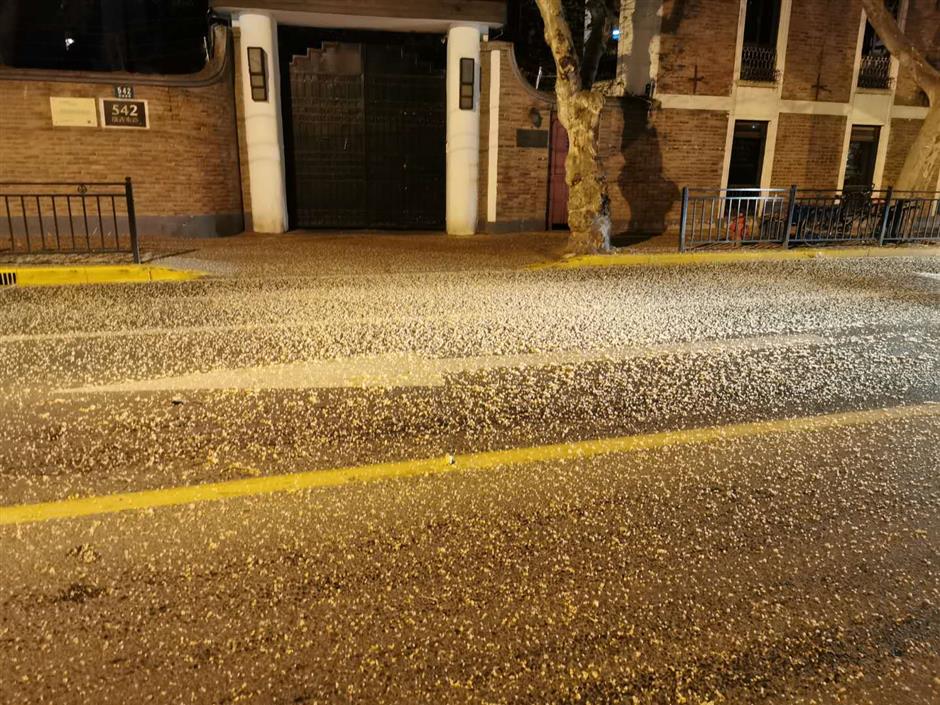 The high-range spray machines are used to blow off the catkins which are sprayed as they fall while sanitation workers and road sprinklers clean the ground, the station said.

"The method is mainly applied on trees that are difficult to trim or trees on roads with restrictions or on crowded streets," said Yang Ruiqing, an engineer with the station.

The trial started in Xuhui on Tuesday, and will also be used on some downtown streets in Huangpu and Yangpu districts, the station said.

Catkin season in Shanghai usually lasts around a month between April and May. Catkins mainly come from plane, poplar and willow trees and they are typically downy and pendulous.

Plane trees are the major source of catkins in the city because they account for 70 percent of street trees in Shanghai, the station said.

In April and May, rising temperatures spurs the growth of new leaves, and mature buds burst and fall, the station said.

Residents who are allergic can suffer from coughs, sneezes and itching due to catkins.