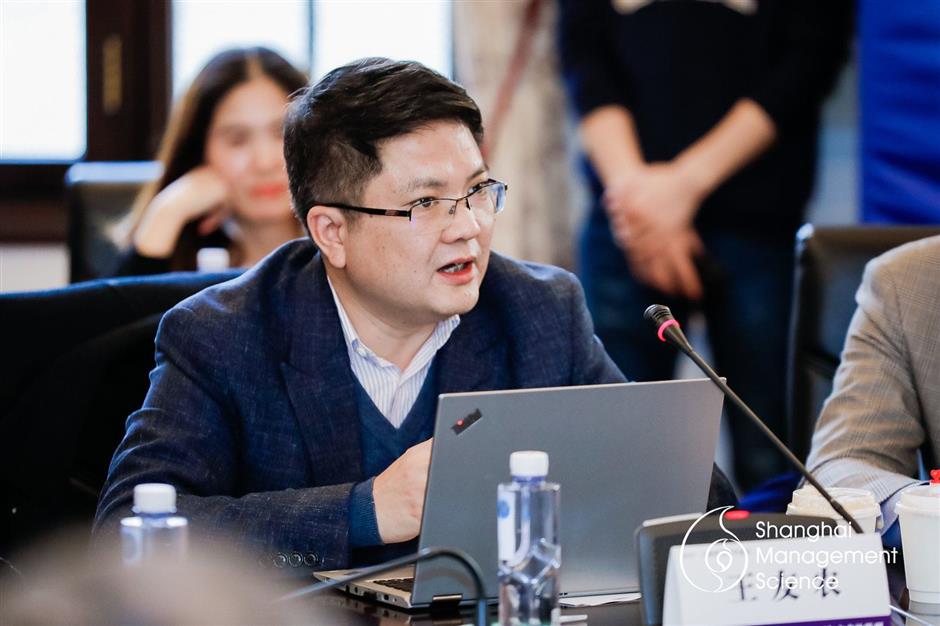 Wang Younong, chairman of the Shanghai Wusongkou International Cruise Terminal, died from a brain hemorrhage on July 11. He was 51.

Wang had made a major contribution to the rapid development of the city's cruise liner tourism over the past decade and earlier this year had ensured there were no imported coronavirus cases from the port amid the pandemic.

Before falling into a coma on April 26, Wang had worked for eight days and nights with his colleagues to arrange nucleic acid tests and quarantine for over 300 crew members on the Quantum of the Seas.

He had been working continuously since the cruise liner port, the busiest in Asia and the world's No. 4, launched its novel coronavirus prevention measures on January 14.

Due to tiredness, Wang had fallen to the ground when walking down stairs on April 14, injuring his leg. He fell again on April 22 from a chair when taking part in an online forum.

However, Wang, who gained the title of Shanghai "Model Worker" this year, never stopped working.

"He never complained about the hard work or spoke about any discomfort," said Zhou Guoliang, head of Baoshan Customs, who had been working with Wang for over 10 years.

Li Guoping, Wang's wife, said he had been giving all his time and energy to work and had spent little time with his daughter and family.

"He agreed to accompany us to travel around after retirement, but the promise can never be fulfilled now," Li said.

Wang had hypertension and was taking medicine. The hypertension led to an arterial aneurysm in his brain which burst.

Liu Zinan, chairman of Royal Caribbean Cruises Asia, said Wang was a modest and gentle person who had an innovative spirit and shouldered major responsibilities. Wang sent a last short message to Liu on the morning of the day he fell into a coma to share the news that all the arriving crew, including 353 Chinese and a foreigner, had tested negative for COVID-19.

"He contributed a lot to the rapid development of China's cruise liner industry and drove the cruise liner sector in the Asia Pacific," Liu said.

As most cruise liner ports were suspended amid the COVID-19 pandemic, foreign crews were forbidden to disembark in most countries. The Wusongkou terminal decided to accept the Chinese crew of the Quantum of the Seas in April after they had been at sea for over 60 days.

Wang started preparation work to receive the crew and ensure their safety. After injuring his leg, Wang stayed at his office to oversee the preparations. He also checked the route and quarantine sites repeatedly.

The crew received a short message from the terminal on April 23 saying "Welcome back to the homeland." They disembarked and finished their 14-day quarantine on May 7.

"The crew can finally reunite with their families but my brother is still in a coma," Zhou wrote on WeChat. 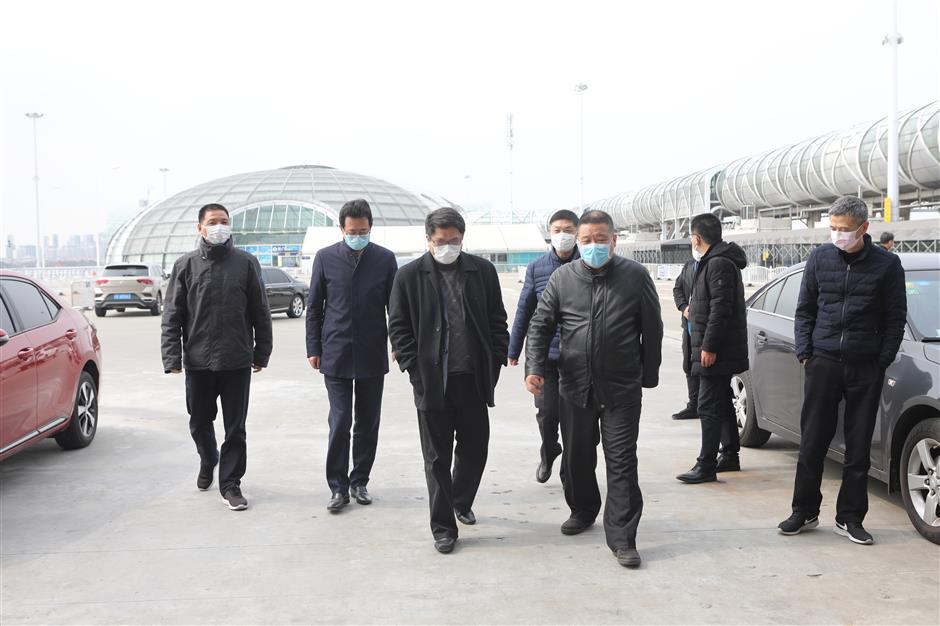 China has been the largest emerging cruise liner market and the world's second-largest tourist source country. The COVID-19 prevention measures of the Wusongkou terminal have become a model and bring confidence to the global cruise liner sectors. Many cruise liner companies have expressed their hopes to restore operation soon, according to the Baoshan District government.

Wang was born in Zongyang County of Anhui Province. He started his career in Baoshan as a teacher and later became an official in the district government. He was appointed the director of Baoshan's waterfront development commission in 2011 and head of the terminal in 2015.

"Wang always had many innovative ideas and a positive personality," said Ye Xinliang, vice president of the management school of Shanghai University of Engineering Science, a think tank for the Wusongkou terminal.

"His laughter made us believe all kinds of problems could be solved," Ye recalled. "It was a great loss to the cruise liner industry."

All cruise liners operating at the port have been suspended since January 30 to prevent the spread of the new coronavirus outbreak.

The terminal received the last eight luxury cruise liners between January 22 and 29, carrying 30,595 inbound and outbound passengers along with over 10,000 crew.

No coronavirus infections have been reported among tens of thousands of passengers, thanks to joint prevention efforts led by Wang and other officials.

"Wang had been persuading some passengers from the hardest-hit regions to receive the test and quarantine as well as arrange their accommodations," Zhou recalled. He spent the Chinese New Year's Eve with Wang at the terminal, eating a bowl of instant noodle each at late night.

Wang had led to compile an "emergency response plan for public health incident at cruise liner port," which is still left on his desk in the office.

Before that, Wang initiated the ship ticket institution in 2017, a more convenient practice for the passengers that was later promoted nationwide. He led to install the power generator on the terminal to supply electricity to the berthing ships in 2016. The practice has helped to reduce the air pollution and carbon emission by 95 percent. 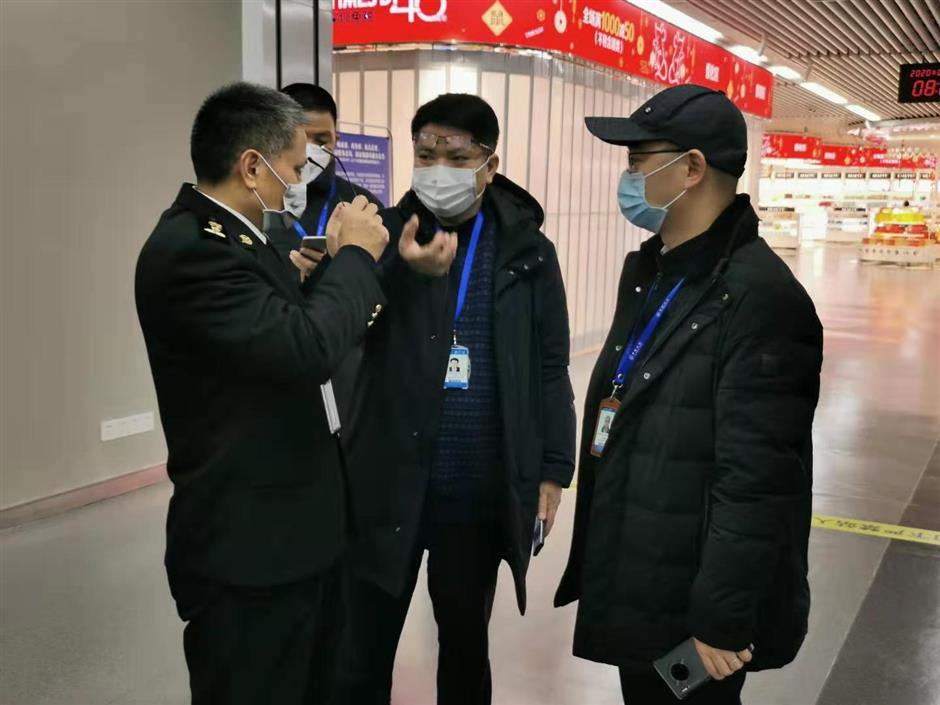 "Despite the busy work of my father, I never thought he gave inadequate care to me," said Wang Boyuan, Wang's daughter.

"He was always the person I admire the most. He would spare no effort after deciding his path," said the daughter, a postgraduate of an overseas university.

"My father and my hearts are always connected together," she said. 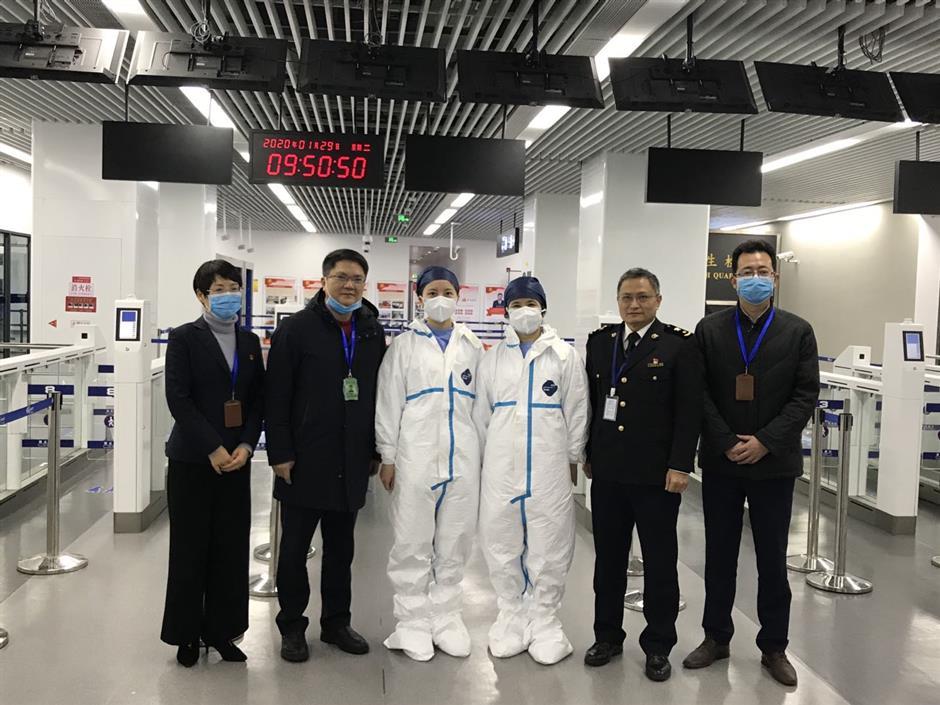