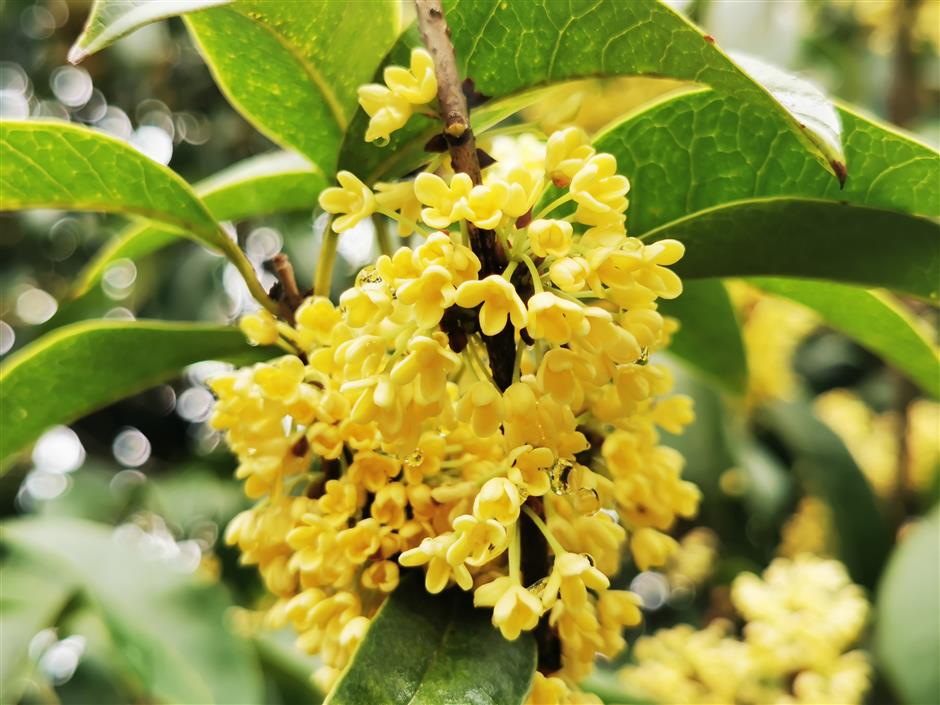 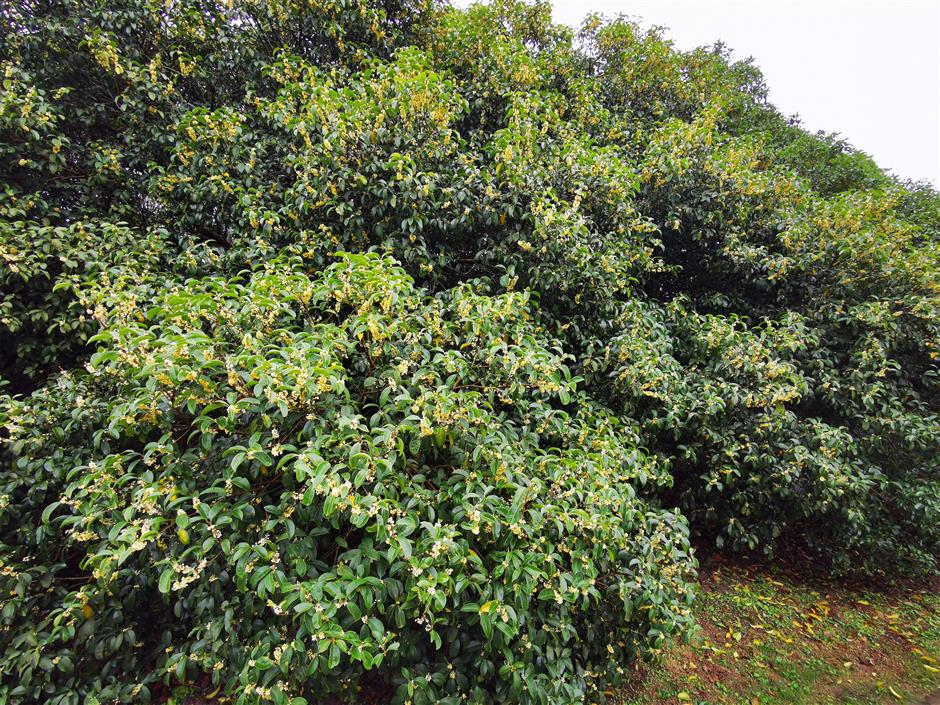 The city air is currently filled with the aroma of sweet-scented osmanthus as the flowers are in full bloom, Shanghai's greenery authorities said on Monday night.

Guilin Park, a Jiangnan-style classic garden built in 1929 in Xuhui District, is known for its dense woods of more than 1,000 osmanthus trees of 23 varieties.

Osmanthus plants which should bloom in autumn were in flower at Shanghai Botanical Garden in Xuhui as early as July this year.

Flowering has come two months earlier due to the weather, said Wang Yuqin, a botanist at the garden.

The rise in temperatures after a long plum rain season and humid and sultry air provided favorable conditions for the flower, said Wang.

"This wave of flowers is still blossoming slightly earlier than usual and it comes in much larger amount than the first wave of this year," Wang said.