Calling all young travelers! These routes are for you 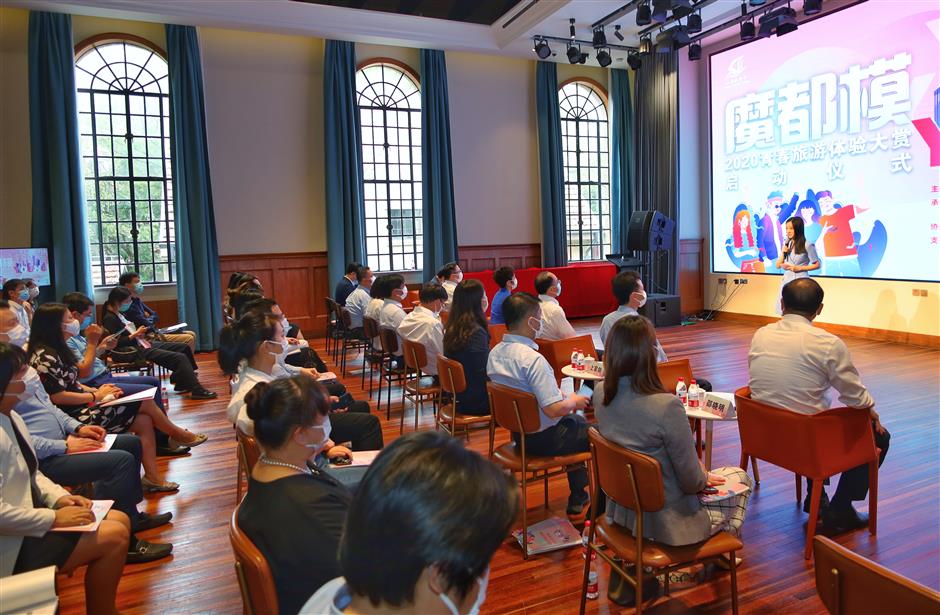 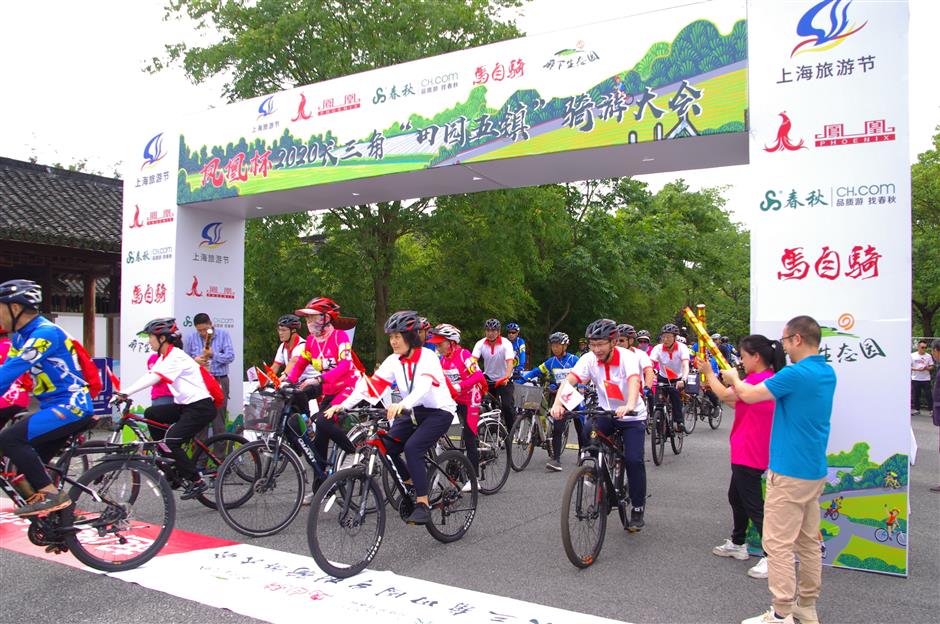 A cycling event gathering more than 400 cyclists from the Yangtze River Delta region enables them to savor the charms of five rural towns in Shanghai and Zhejiang Province as part of the 2020 Shanghai Tourism Festival.

The splendor of the 2020 Shanghai Tourism Festival continued with a new recruitment campaign and a cycling event.

If you are young, energetic and enjoy travel, you are invited to experience 15 tourist routes around the city and the Yangtze River Delta region especially designed for young people.

A citywide campaign seeking 100 people below 35 years old was launched by the Shanghai Administration of Culture and Tourism and the Shanghai Communist Youth League on Tuesday and will run through Sunday. Expats are also welcome to participate.

"They cater to a variety of travelers such as art lovers, shopping fans and sports enthusiasts," said Ding Bo, an official with the Shanghai Communist Youth League.

Following these routes, participants can take a walk "above the clouds" at Jin Mao Tower, enjoy a historical and cultural feast at the Guanfu Museum, and read the stories behind old villas under plane trees.

The routes will also help people learn about the city's revolutionary past at the site of the First National Congress of the Communist Party of China and Yuyangli, a former residential complex on Huaihai Road where the Chinese Communist Youth League was founded in 1920.

The former residences of writer Ba Jin (1904-2005), playwright Xia Yan (1900-1995), the Shanghai Customs House and teamLab Borderless Shanghai are also on the list.

Participants can also embark on a recreational vehicle camping journey at Taihu Lake Bay in Changzhou, Jiangsu Province, experience Fuquan Mountain on foot, enjoy the fun of canoeing, and learn how to make xiaolongbao (steamed pork dumplings) as part of the experiences. 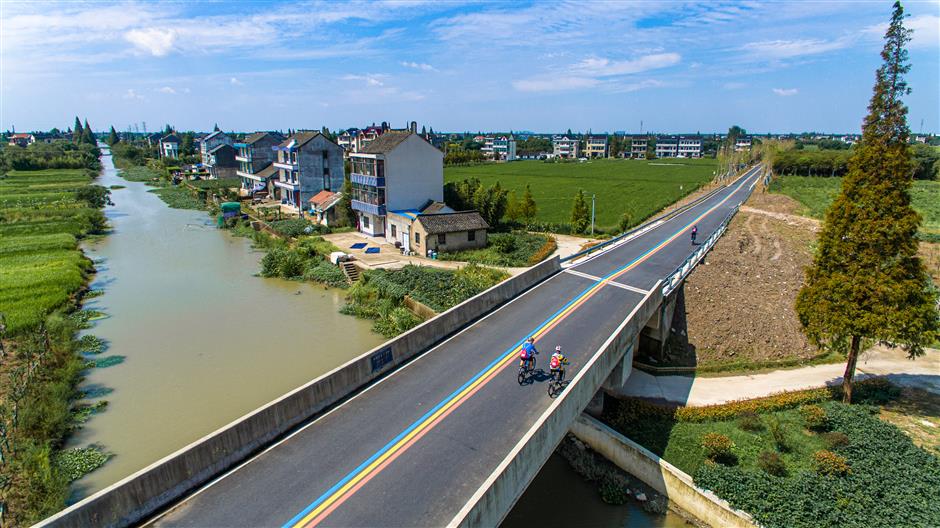 Those recruited will record their experiences and share them on digital platforms such as Bilibili, Meituan Dianping and Douyin (or TikTok) to promote the city's charm through October 18.

"People born after 1990 have strong travel desire and they pursue freshness, in-depth and exploration experiences in trips," said Xu Tianming, one of the designers. "We try to satisfy their demands when designing these routes."

Applications can be sent to the WeChat account of the Shanghai Communist Youth League. Call 021-64330343 if you have inquiries.

Also part of the tourism festival, a cycling event gathering more than 400 cyclists from the Yangtze River Delta region was held on Sunday, enabling them a unique experience to savor the charm of five rural towns in Shanghai and Zhejiang Province.

The trip started from the Langxia Ecological Garden in Jinshan and passed by spots such as Luxiang Fruit Park and Jiulong Mountain scenic area, with cyclists appreciating the beautiful countryside scenery during the trip.