Fugitive returns to China after 19 years in US 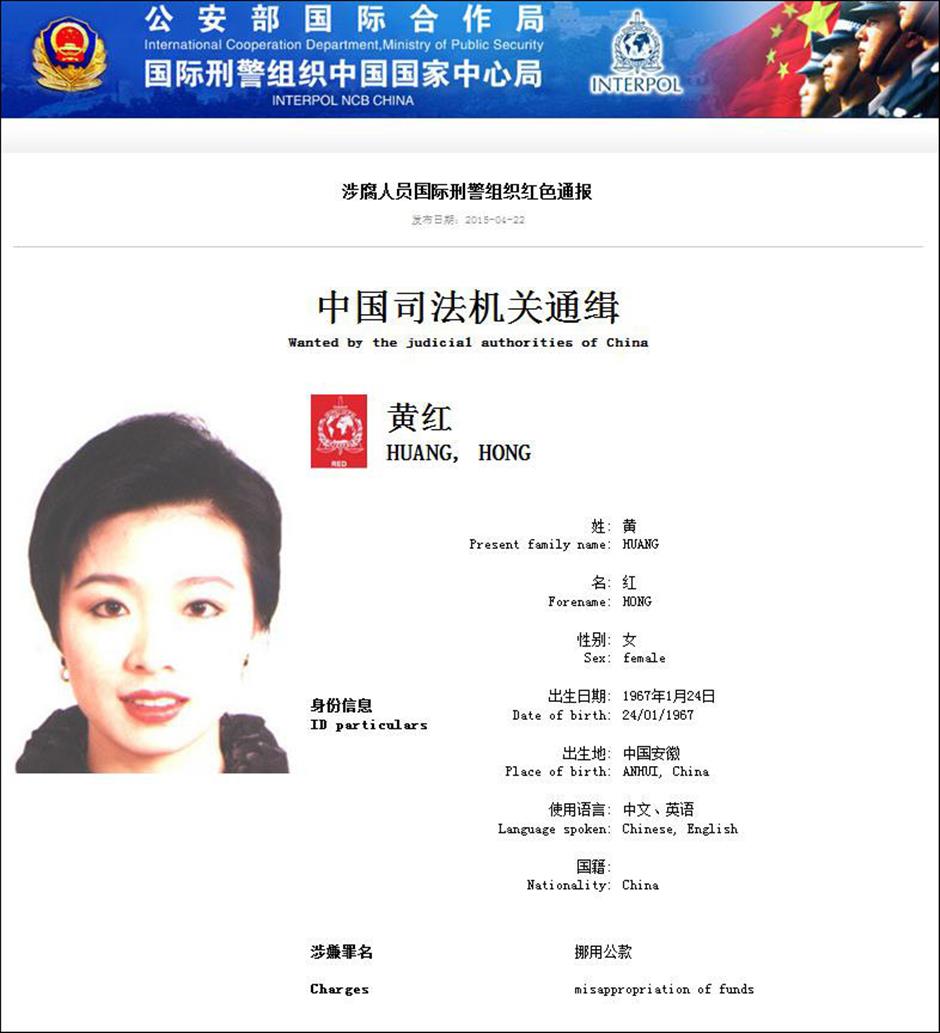 One of China's "most-wanted" overseas fugitives turned herself in on Monday after spending 19 years in the United States, the anti-corruption agency said.

Huang Hong, 50, was a Beijing-based accountant for a state-owned firm from the neighboring province of Hebei accused of misappropriating public funds, who fled to the United States in 1998, the Central Commission for Discipline Inspection said.

China has pursued an overseas search dubbed Operation Fox Hunt for corrupt officials and business executives who have fled abroad with their assets.

In April 2015, Chinese authorities published a list of 100 "most-wanted" suspects it believes to be hiding overseas.

Huang is the 43rd on the list to have returned to China since the operation was launched, the commission said in a statement on its website.

The suspect topping that list, Yang Xiuzhu, confessed to corruption charges in court last Friday, having returned to China from the United States after 13 years as a fugitive.