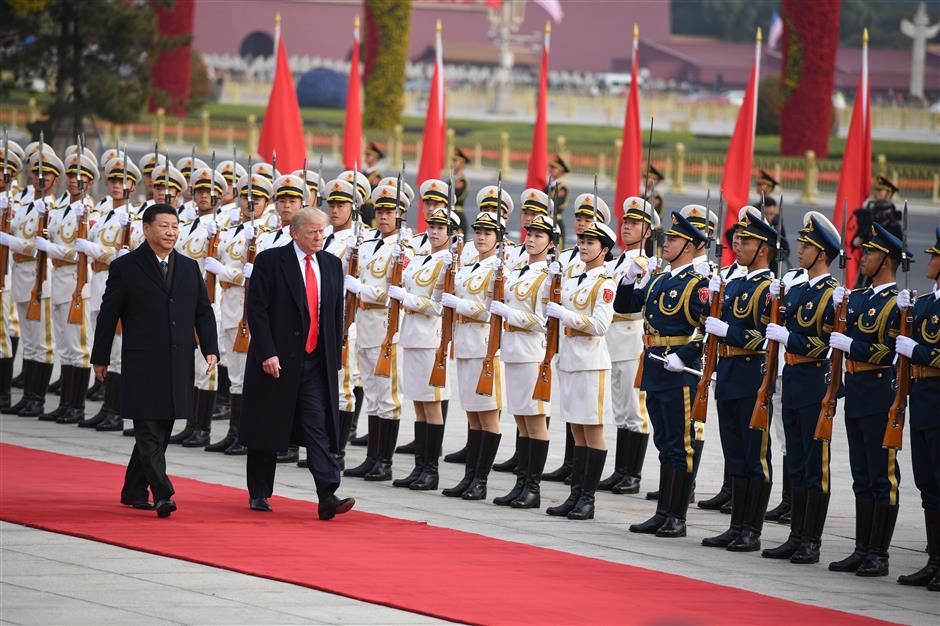 China's President Xi Jinping (L) and US President Donald Trump review Chinese honor guards during a welcome ceremony at the Great Hall of the People in Beijing on November 9, 2017.

"China is willing to work together with the United States to respect each other, stick to mutual benefit and reciprocity, focus on cooperation, and manage and control differences," Xi said during talks with visiting US President Donald Trump.

Since Wednesday afternoon, the two presidents have had in-depth exchange of views on bilateral ties and issues of common concern, and reached broad consensus, he said.

"We believe the Sino-US relations concern not only the well-being of both peoples, but also world peace, prosperity and stability," Xi said.

The presidents also agreed that cooperation is the "only correct choice" for China and the United States, and a better future would only be achieved through win-win cooperation, according to Xi.

"There can be no more important subjects than China-US relations," Trump said at the talks. "We have a capacity to solve world problems for many years to come."

Xi said US President Donald Trump's visit is "successful and historic," and their meetings have "pointed the direction and drawn a blueprint for the future development of bilateral ties."

Xi said he and his US counterpart Donald Trump have reiterated firm commitment to achieving denuclearization on the Korean Peninsula and solving the nuclear issue through dialogue and negotiation. 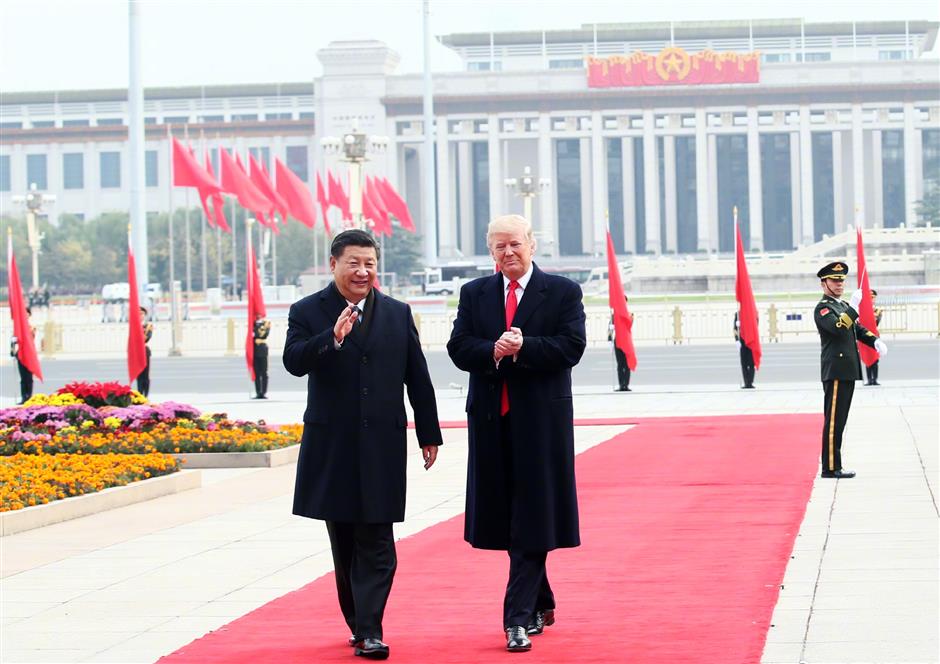 China's President Xi Jinping (L) welcomes US President Donald Trump at the Great Hall of the People in Beijing on November 9, 2017. 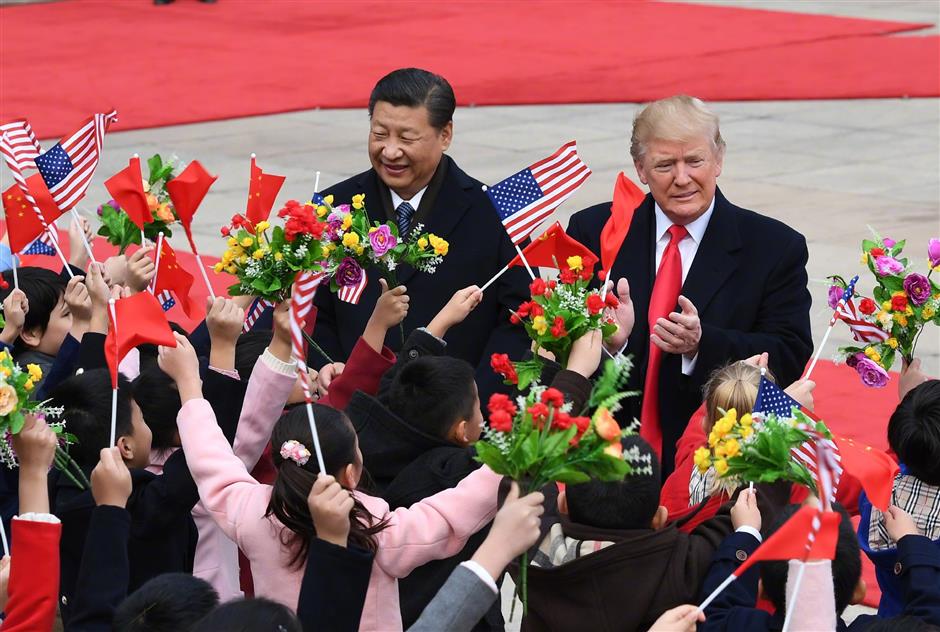 Chinese President Xi Jinping (left) and US President Donald Trump are greeted with children at the Great Hall of the People in Beijing on November 9, 2017. 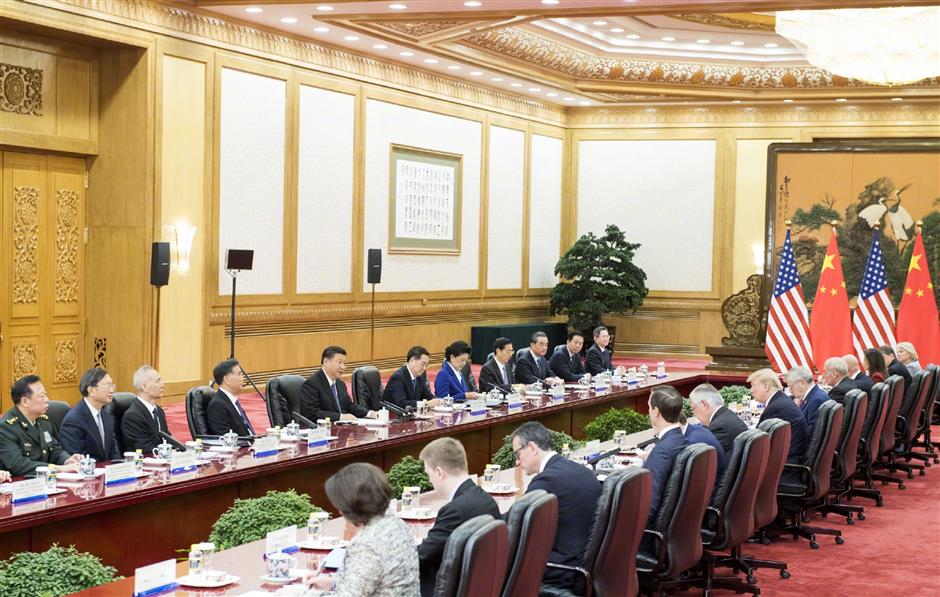 Chinese and US government delegations hold a meeting at the Great Hall of the People in Beijing on November 9, 2017.