Acquitted man leaves court on crutches after 23 years behind bars 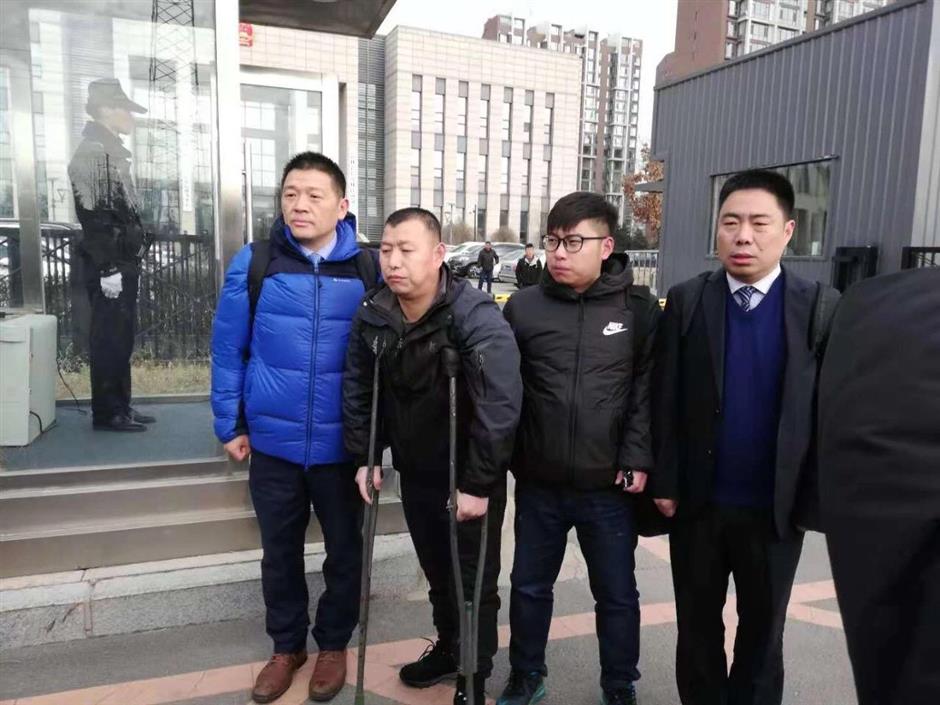 Jin Zhehong (second left) leaves the court with crutches after he was acquitted of rape and murder by the Higher People's Court in Jilin Province on November 30, 2018.

A man was acquitted of rape and murder after serving 23 years in prison in northeast China, a court in Jilin Province announced on Friday, Xinhua news agency reported.

Jin Zhehong, 50, was found not guilty of rape and murder as the evidence supporting the alleged crimes was not sufficient. All charges against him have been withdrawn, the Higher People’s Court in Jilin announced this morning.

“What I want to do right now is to visit my parents’ tomb,” Jin said to reporters after he walked out of the court with crutches.

Jin was previously sentenced to death with a reprieve in November 1996 by the Intermediate People’s Court in Jilin City for a rape and murder case which happened in September 1995.

The Higher People’s Court of Jilin Province ordered the local court to retry the case twice, and each time the original sentence remained.

Jin said he would ask for compensation for the grievance.