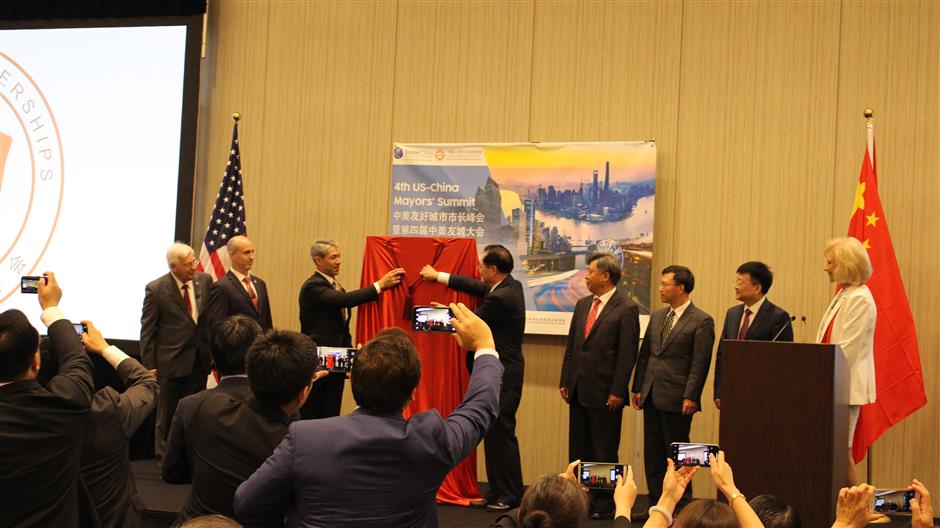 An exhibition of photographs commemorating the 40th anniversary of the formal establishment of the China-US diplomatic relations opened as part of the 4th US-China Mayors’ Summit in Houston on Wednesday (US time).

Among those attending the opening ceremony were Xie Yuan, vice president of the Chinese People’s Association for Friendship with Foreign Countries, and Ron Nirenberg, mayor of San Antonio and chairman of Sister Cities International.

With a “Trans-Pacific Exchange and Cooperation” theme, the exhibition displays more than 300 pictures encapsulating historic moments in bilateral relations in Shanghai in the arts, business, religion, sports and education. 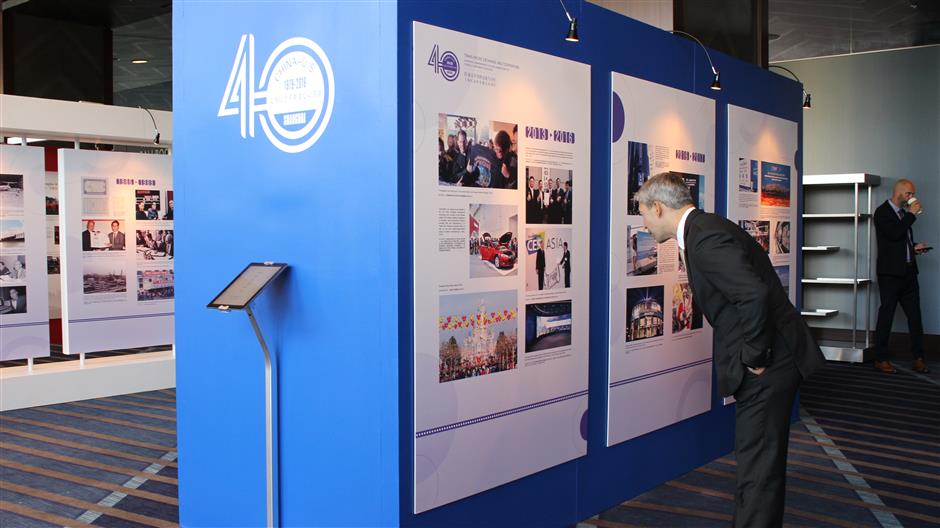 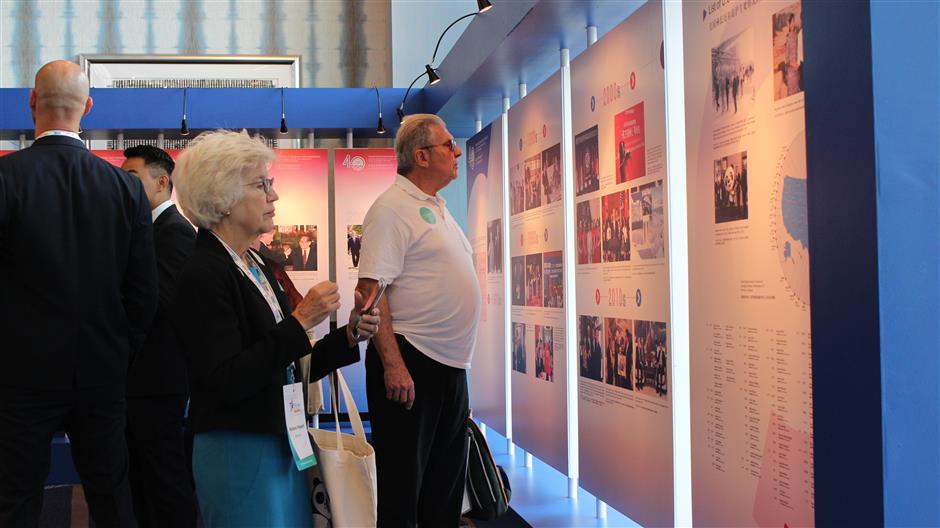 Visitors take pictures of some historic moments in the history of China-US relations.

As a pioneer in reform and opening-up, Shanghai witnessed the early stages of China-US relations and was of great significance in the evolution of China-US ties.

Cui Tiankai, Chinese ambassador to the United States, sent a congratulatory letter to the summit. He said that 40 years ago, the people of Houston sent a cowboy hat to the then Chinese leader Deng Xiaoping, which had become a classic symbol of the friendship between the two countries. Cui said the exhibition was a vivid example of the development of bilateral relations.

People in Shanghai and Houston are sharing the historic moments. The same exhibition opened earlier this month at the Shanghai Archives on the Bund and will end on August 15.