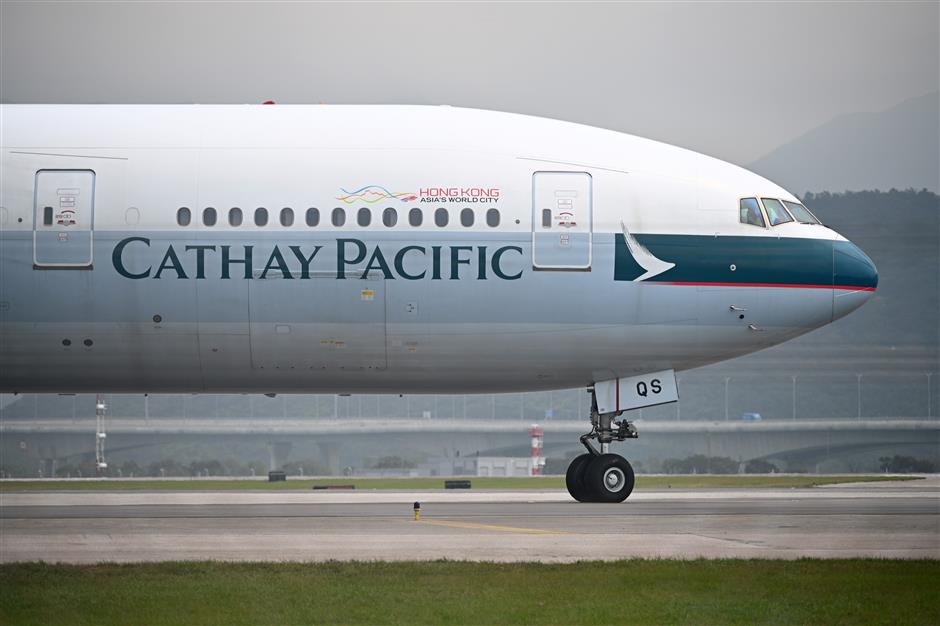 The two companies issued statements respectively on Tuesday. Cathay Pacific said it is deeply concerned by the ongoing violence and disruption impacting Hong Kong, and resolutely supports the SAR government, the chief executive and the police in their efforts to restore law and order.

Cathay Pacific also condemned all illegal activities and violent behavior, which seriously undermine the fundamental principle of "one country, two systems" as enshrined in the Basic Law.

The airline said its present focus is to ensure safe and secure operations for the customers and staff.

Swire Pacific said that rule of law is the cornerstone of Hong Kong's flourishing economy and people's peaceful life, so "We must act now to stop the violence and preserve stability, peace and prosperity of Hong Kong."