On Saturday morning, traffic on a road previously blocked by the debris of a fatal accident was restored.

The accident happened on 312 national highway on Thursday night in Wuxi when an elevated section of the highway collapsed, killing three.

Initial investigation suggested an overloaded truck on the elevated road caused it to collapse.

According to Wuxi No.2 People's Hospital, a truck driver is in critical condition.

The truck was carrying six steel coils, each weighing about 25 tons. The elevated road had a maximum weight limit of 40 tons.

Open information showed the company had already been fined three times for allowing overload trucks to operate. A overloaded truck from the company once hit a biker who subsequently lost a limb.

Overloaded trucks are a common scene on the national highways. There are several steel or wood markets and logistics parks near the accident site, one of them the largest steel wholesale market in Wuxi.

The investigation into responsibility for the accident is under way. 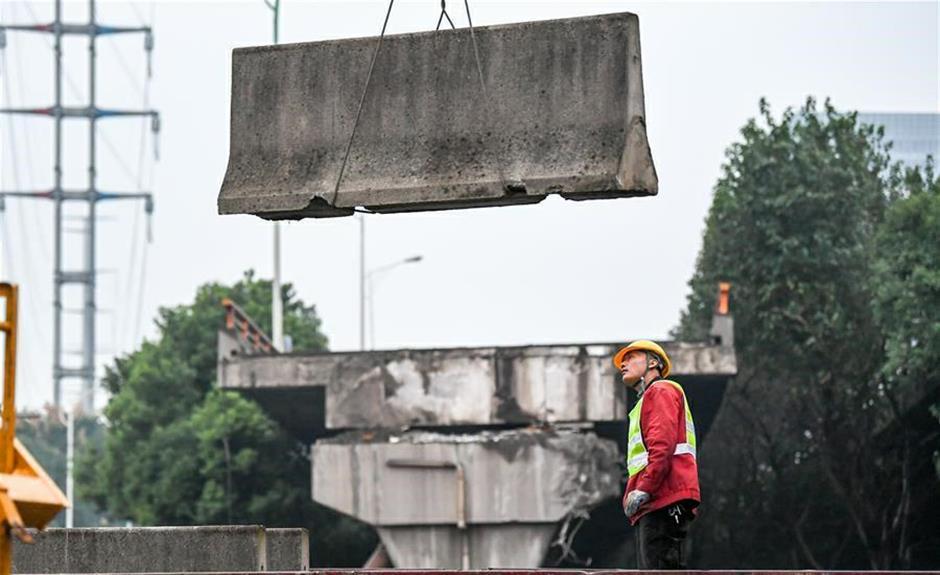