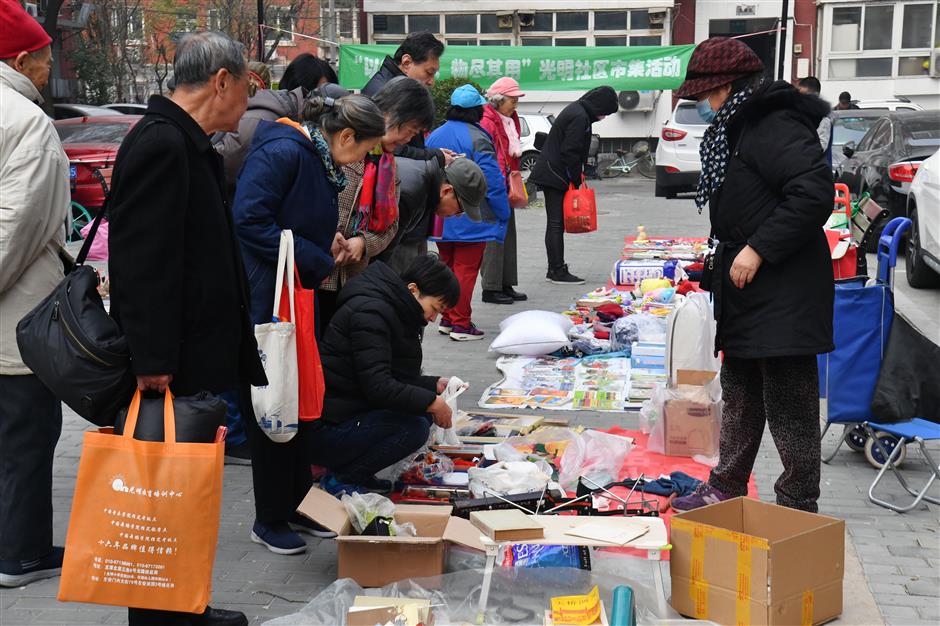 Residents exchange the points accumulated by garbage sorting for gifts in Guangming community in Beijing on November 23, 2019.

Beijing will enforce a citywide mandatory household garbage sorting system starting in May in a move to strengthen urban governance and prevent pollution.

Units and individuals are required to sort garbage into four categories — kitchen waste, recyclable waste, hazardous waste and other waste.

Individuals who fail to sort garbage and decline to rectify their behavior can be fined 50 yuan (US$7) to 200 yuan. Those who are willing to participate in community services will be exempt from paying fines.

“We want to change people’s habits through education and guidance rather than punishment alone,” said Hao Zhilan from the urban construction and environmental protection committee of the Beijing municipal people’s congress.

The new rule was passed on Wednesday by the Standing Committee of the 15th Beijing Municipal People’s Congress.

In order to reduce the waste at the source, the new regulations also encourage the idea of going paperless at work and abandoning the use of disposable cups in Party and government offices as well as public institutions.

Businesses who disobey the rules will face fines ranging from 5,000 yuan to 10,000 yuan. For frequent violators, the fine will be raised up to 50,000 yuan.

Home to over 21 million residents, Beijing has long been troubled by mounting pressure of garbage disposal. The city collected 9.29 million tons of household waste in 2018, up 43.4 percent from 2012.

The move comes amid China’s efforts to win the war on a growing mountain of garbage and establish a circular economy. Shanghai began enforcing mandatory sorting in July.

China plans to establish garbage sorting in 46 major cities by the end of 2020 and expand it to all cities at prefecture-level and above by 2025.

An official survey showed that only 20 percent of the sampled can accurately discard kitchen waste in trash bins.

“The promotion of garbage sorting across Beijing is a long and tough war. It requires input from individuals, government and enterprises,” Hao said, adding that the government will offer training for residents and make trash sorting a new fad.