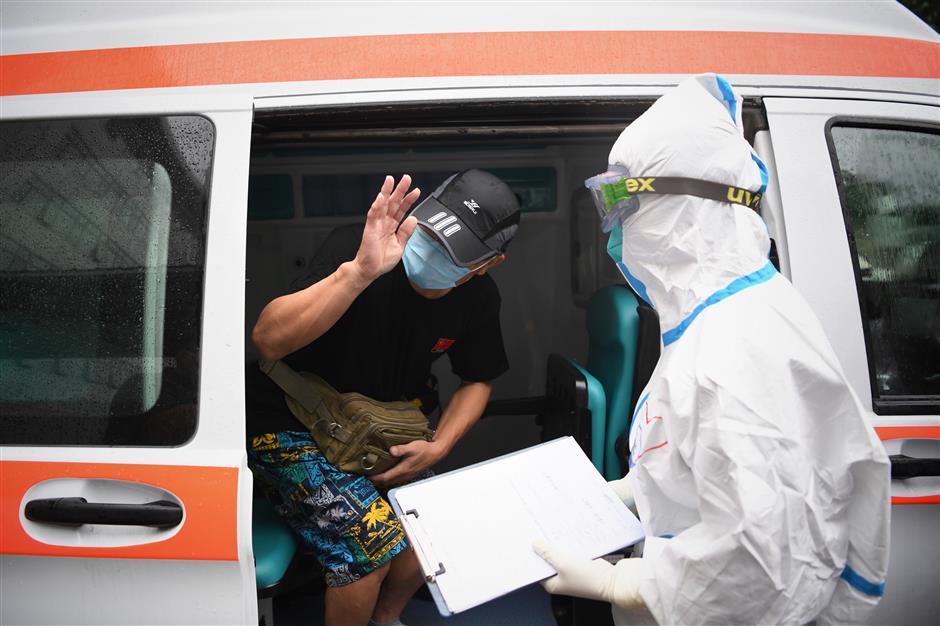 The first cured COVID-19 patient in Beijing's latest cluster infections related to the Xinfadi market, a man surnamed He, was discharged from Beijing Ditan Hospital on Monday after recovery.

The first cured COVID-19 patient in Beijing's latest cluster infections related to the Xinfadi market was discharged from hospital on Monday after recovery, according to Beijing Ditan Hospital.

On June 3, the male patient, surnamed He and aged 56, stopped over for about 20 minutes at the beef and mutton trading center of the Xinfadi market, a large wholesale market of fruit, vegetables and meat in south Beijing's Fengtai District.

He went to a hospital on June 12 after experiencing symptoms of fever and fatigue and tested positive in a nucleic acid test. The patient had been treated in Beijing Ditan Hospital since June 13.

"The medics are professional and attentive and I was well taken care of," he said.

"I feel so relieved knowing I could leave the hospital," He said.

"When I went to the market, I occasionally pulled down my mask as it was hot that day. Maybe that is how I contracted the virus," he said, appealing the public to keep vigilant and maintain protective measures.