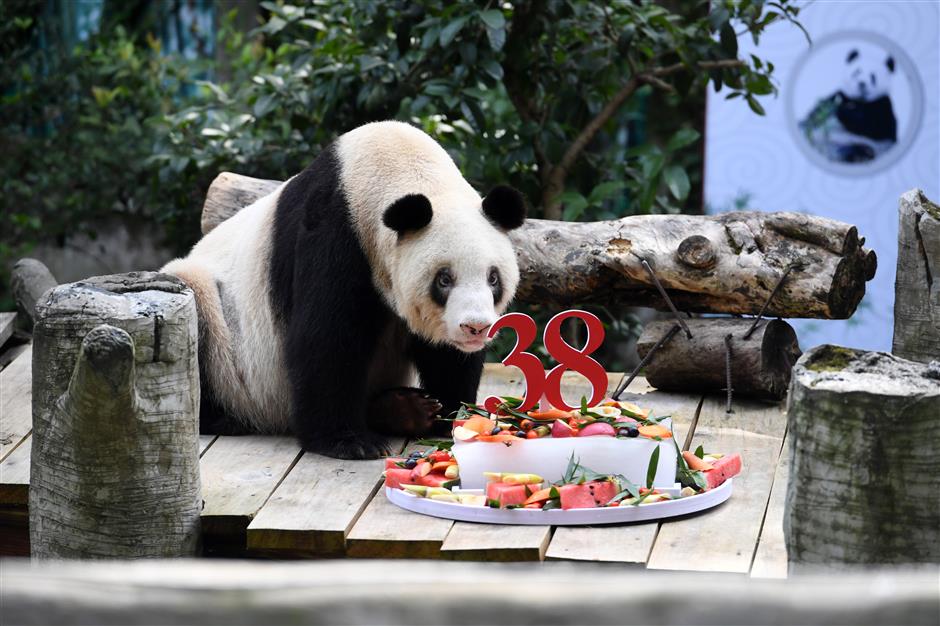 A birthday party was held at a zoo in southwest China’s Chongqing City on Sunday for celebrity “granny panda” Xinxing, who turned 38 this year.

A birthday cake covered with Xinxing’s favorite food, such as bamboo shoots, carrots and watermelons, was prepared for the old female panda, who is in good physical condition except for occasional hypertension.

More than 100 panda fans attended the birthday party at the zoo.

Xinxing is the world’s oldest captive giant panda, her age is equivalent to more than 110 human years. She was born in 1982 in the wild of Baoxing County of Sichuan Province, where the French Catholic priest, zoologist and botanist Armand David discovered the species in 1869. She was brought to the Chongqing Zoo at the age of 1 and is the matriarch of a huge family of 153 pandas by the end of last year.

Her offspring are spread across China and in other countries and regions including the United States, Canada and Japan. No more than 30 giant pandas around the world have lived to be over 30 years old, according to Yin Yanqiang, the zoo’s technical director. The zoo has been carrying out comprehensive observation and physical examinations on Xinxing, measuring her blood pressure and checking her dental health every week, Yin added.