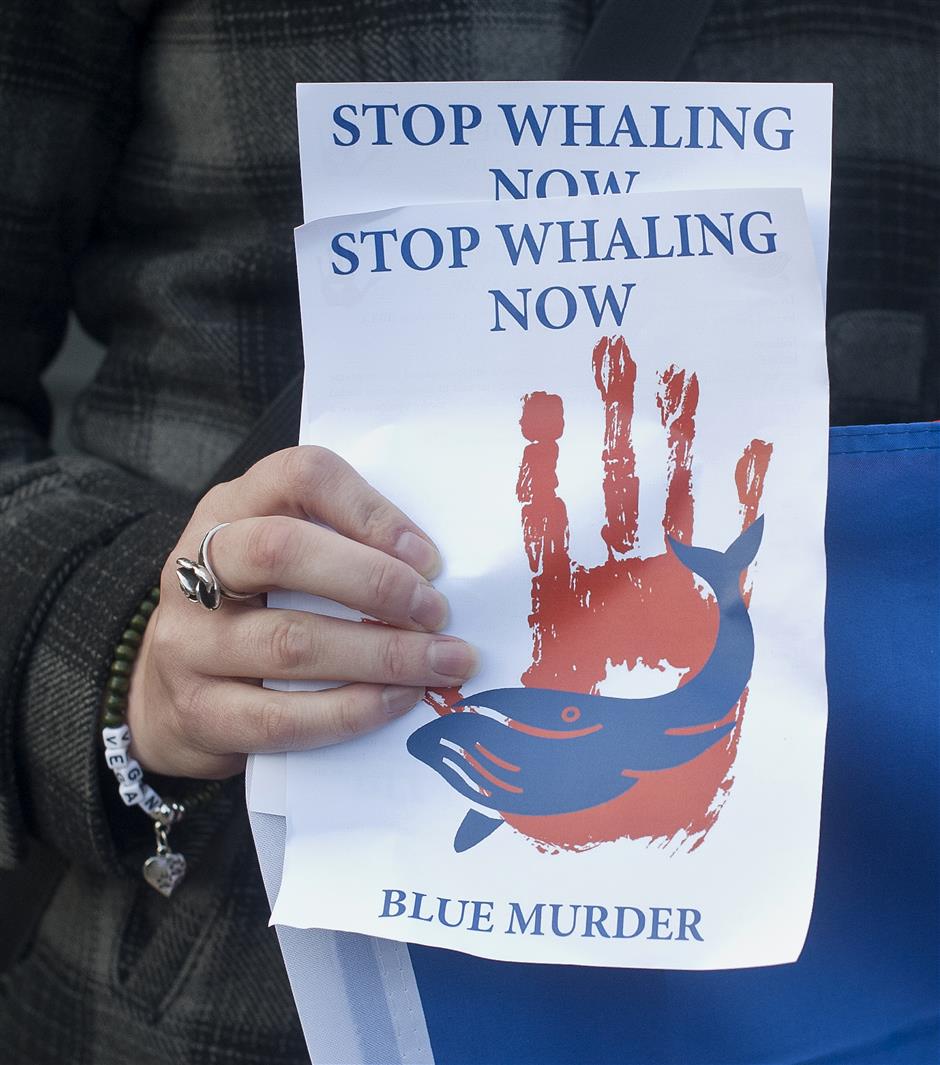 In this file photo taken on November 08, 2013 an anti-whaling protester holds up a leaflet outside the Norwegian Embassy in central London, during a walk past the Norwegian, Icelandic and Japanese embassies.

At the annual IWC meeting this year in Florianopolis, Brazil, Japan proposed establishing a committee dedicated to "sustainable whaling", including commercial whaling and aboriginal subsistence whaling.

"Japan's 'way forward' proposal is procedurally unsound and would take the International Whaling Commission back to the days when it presided over unsustainable whaling operations," said Leigh Henry, the World Wildlife Fund's (WWF) head of wildlife policy in the U.S.

The meeting's host nation, Brazil submitted a bid to create a whale sanctuary in the South Atlantic.

Thirty-nine of the 67 participating countries backed this sanctuary bid on Tuesday, but not enough to secure the three-quarters majority needed for it to pass.

The United States and Australia agreed that the ban is necessary for conservation. New Zealand also called on the commission not to "take a step backwards" and to strengthen their efforts on opposing whaling.

Japan signed up to the International Convention for the Regulation of Whaling in 1951, and the IWC declared the moratorium on commercial whaling in 1986.

However, Japan already killed 333 whales a year for so-called "scientific research," which was a loophole of the whaling ban, though most meat goes on sale for human consumption.