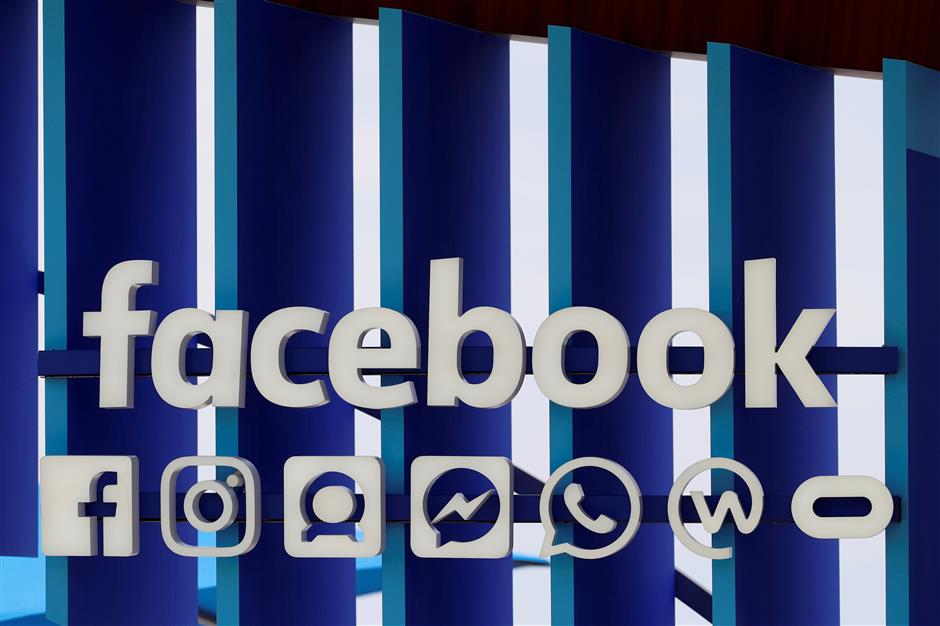 A Facebook panel is seen during the Cannes Lions International Festival of Creativity, in Cannes, France, June 20, 2018.

Facebook Inc revealed plans on Tuesday to launch a cryptocurrency called Libra, the latest development in its effort to expand beyond social networking and move into e-commerce and global payments.

Facebook has linked with 28 partners in a Geneva-based entity called the Libra Association, which will govern its new digital coin set to launch in the first half of 2020, according to marketing materials and interviews with executives.

Facebook has also created a subsidiary called Calibra, which will offer digital wallets to save, send and spend Libras. Calibra will be connected to Facebook's messaging platforms Messenger and WhatsApp, which already boast more than a billion users.

Facebook hopes it will not only power transactions between established consumers and businesses around the globe, but offer unbanked consumers access to financial services for the first time.

The name "Libra" was inspired by Roman weight measurements, the astrological sign for justice and the French word for freedom, said David Marcus, a former PayPal executive who heads the project for Facebook.

"Freedom, justice and money, which is exactly what we're trying to do here," he said.

Facebook also appears to be betting it can squeeze revenue out of its messaging services through transactions and payments, something that is already happening on Chinese social apps like WeChat.

The Libra announcement comes as Facebook is grappling with public backlash due to a series of scandals, and may face opposition from privacy advocates, consumer groups, regulators and lawmakers.

Some Facebook adversaries have called for the company to incur penalties, or be forcibly broken up, for mishandling user data, allowing troubling material to appear on its site and not preventing Russian interference in the 2016 presidential election through a social media disinformation campaign.

It is not clear how lawmakers or regulators will react to Facebook making a push into financial services through the largely unregulated world of cryptocurrency.

In recent years, cryptocurrency investors have lost hundreds of millions of dollars through hacks, and the market has been plagued by accusations of money-laundering, illegal drug sales and terrorist financing.

Facebook has engaged with regulators in the United States and abroad about the planned cryptocurrency, company executives said. They would not specify which regulators or whether the company has applied for financial licenses anywhere.

Facebook hopes it can bring global regulators to the table by publicizing Libra, said Kevin Weil, who runs product for the initiative.

"It gives us a basis to go and have productive conversations with regulators around the world," said Weil. "We're eager to do that." 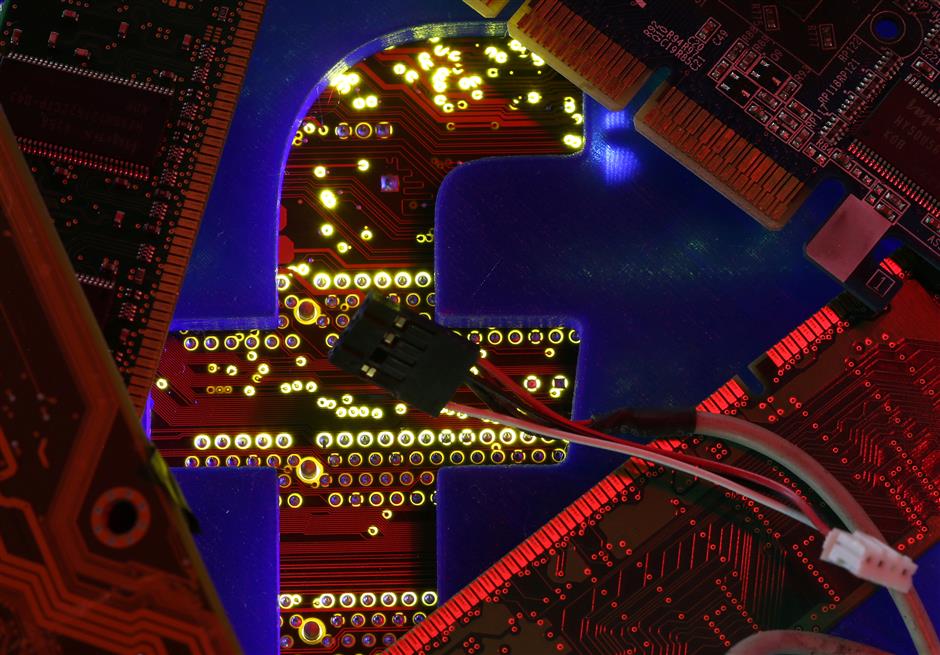 A 3D-printed Facebook logo standing on PC motherboard is seen in this illustration picture, October 26, 2017.

Bitcoin, the most well-known cryptocurrency, was created in 2008 as a way for pseudonymous users to transfer value online through encrypted digital ledgers. Early developers believed that the world needed an alternative to traditional currencies, which are controlled by governments and by central banks.

Since then, thousands of bitcoin alternatives have launched, and Facebook is just one of dozens of blue-chip companies dabbling with the underlying technology. But its status as a Silicon Valley behemoth that touches billions of people around the world has created significant buzz around Libra's potential.

They hope to have 100 members by Libra's launch during the first half of 2020. Each member gets one vote on substantial decisions regarding the cryptocurrency network and firms must invest at least $10 million to join. Facebook does not plan to maintain a leadership role after 2019.

Though there are no banks among the inaugural members, there have been discussions with a number of lenders about joining, said Jorn Lambert, executive vice president for digital solutions at Mastercard. They are waiting to see how regulators and consumers respond to the project before deciding whether to join, he said.

The Libra Association plans to raise money through a private placement in the coming months, according to a statement from the association.

A 3D-printed Facebook logo is seen in front of a displayed cyber code in this illustration taken March 22, 2016.

Although Libra-backers who spoke to Reuters or provided materials are hopeful about its prospects, some expressed awareness that consumer privacy concerns or regulatory barriers may prevent the project from succeeding.

Calibra will conduct compliance checks on customers who want to use Libra, using verification and anti-fraud processes that are common among banks, Facebook said.

The subsidiary will only share customer data with Facebook or external parties if it has consent, or in "limited cases" where it is necessary, Facebook said. That could include for law enforcement, public safety or general system functionality.

Transactions will cost individuals less than merchants, Facebook said, though executives declined to provide specifics. Each Libra will be backed by a basket of government-backed assets.

The company plans to refund customers who lose money because of fraud, Facebook said.

Sri Shivananda, Paypal's chief technology officer said in an interview that the project is still in its "very, very early days," and there were conversations in progress with regulators.

Mastercard's Lambert characterized Libra similarly, noting much needed to happen before the launch.

If the project receives too much regulatory pushback, he said, "we might not launch."

Libra will be a digital currency backed by a reserve of real-world assets, including bank deposits and short-term government securities, and held by a network of custodians.

The structure is intended to foster trust and stabilize the price.

Although Libra prices may not always align with the underlying assets, holders should have a "high degree of assurance" that they can convert coins into traditional currency based on an exchange rate, according to the project's information.

Libra will trade on a network of exchanges, which Facebook did not identify.

Libra transactions will be powered and recorded by a blockchain, which is a shared ledger of transactions maintained by a network of computers.

The Libra blockchain will be permissioned, meaning that only entities authorized by the governing association will be able to run the computers. Its governance differs from bitcoin, which does not have an entity in charge.

The software will be "open source," meaning companies outside the association can build applications on top of it.

The association plans to move toward a permissionless blockchain within five years of Libra's launch.

The Libra Association is a 28-member independent non-profit based in Geneva, Switzerland. It will oversee major decisions about the digital coin.

There is a minimum $10 million investment to join, except for non-profit members like financial inclusion group Kiva. The association aims to have 100 members by launch.

Each will have one vote on important issues. Facebook will be a member via Calibra, a newly created subsidiary that will offer a digital wallet for Libra.

Individuals and merchants will be able to use Calibra to store, send and receive Libras.

It will be available as a standalone app on smartphones, as well as a button within Facebook's Messenger and WhatsApp products.

Facebook eventually wants to make Calibra available for transactions across its family of apps, such as digital checkouts for purchases on Instagram.

Executives envision users purchasing Libra through the app either by linking a bank account or, for people without banks, at physical locations like cash transfer businesses and convenience stores.

Calibra engineers are involved in building the blockchain, though Facebook says it intends to keep the currency and the wallet in separate entities.

Calibra has about 100 employees, mostly based at Facebook's headquarters in Menlo Park, California, as well as in Tel Aviv. Calibra executive Kevin Weil told Reuters he did not foresee a dramatic expansion beyond that headcount.

Every person who uses Calibra will have to go through a "know your customer" process, which verifies user identities to prevent financial crimes.

That means anyone who signs up must share a government ID and other personal information.

Calibra will provide support to customers who lose phones or their passwords, and refund customers whose Libras are stolen by fraudsters, Facebook said.

Calibra will only share user data with parent company Facebook and third parties when it has customer consent, or in other "limited cases," such as when law enforcement requests information, according to a statement.

Facebook pledged not to use Calibra data to improve ad targeting.