Rush to climb Uluru before ban kicks in 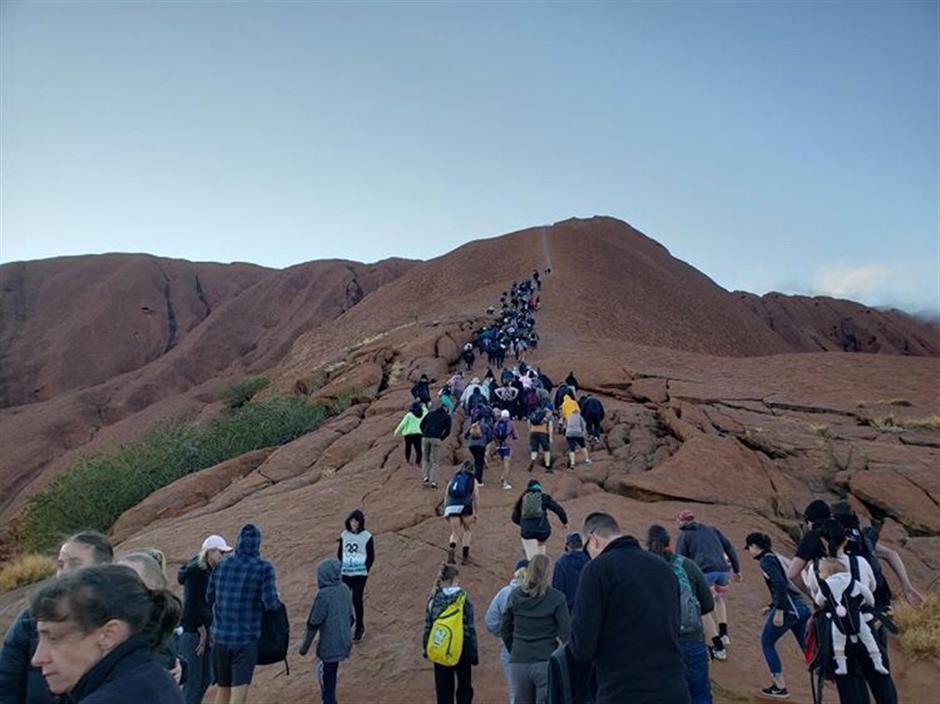 Thousands of people are rushing to climb Australia’s Uluru, ignoring the calls of indigenous people to stay off what they consider a sacred monolith, before the ascent is permanently banned at the end of the month.

Visitors will no longer be able to scale the Australian landmark, formerly known as Ayers Rock, from October 26, following a decades-long campaign by indigenous communities to protect it.

The UNESCO World Heritage-listed 348-meter rock, famed for its deep red-ochre hues, is a top tourist draw despite its remote desert location near Alice Springs in the Northern Territory.

The upcoming ban has drawn a throng of visitors and it is the busiest it has been in more than a decade, Uluru-Kata Tjuta National Park manager Mike Misso told broadcaster SBS News.

“We know it’s certainly in the hundreds and probably nearer 1,000,” Misso said, referring to daily arrivals.

“There’s definitely a lot of people wanting to climb, but actually our same message that we’ve had for a number of years is Parks Australia and traditional owners requesting that people choose not to climb.”

Most visitors do not climb Uluru.

The Anangu people, the traditional owners of Uluru, have called for the climb to be closed since 1985, when the park was placed in indigenous hands, due to its spiritual significance.

Safety and environmental concerns are also cited as reasons not to attempt the climb, the park says.

To commemorate the climbing ban, the park will conduct a public celebration on October 27, 34 years after Uluru was handed back to its traditional owners.