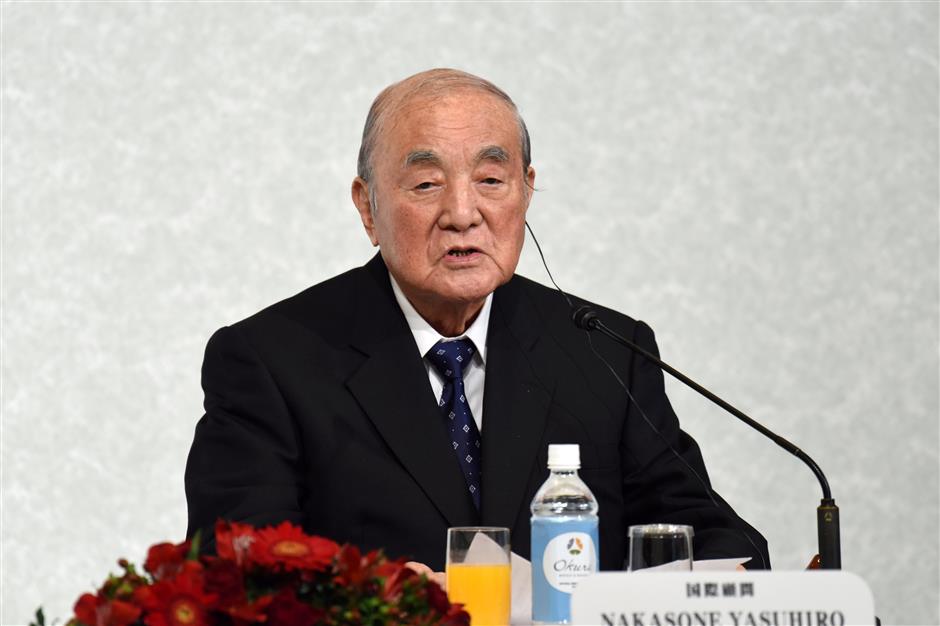 Former Japanese Prime Minister Yasuhiro Nakasone has died at the age of 101, sources close to the matter said on Friday.

Nakasone, a politician known for his support of expanding Japan's defense provisions, passed away at a hospital in Tokyo just after 7am local time Friday, sources said.

Widely regarded as a strong figure in politics, the former Japanese leader, in terms of diplomacy, was also known to have a close, first name-basis relationship with former US President Ronald Reagan during the 1980s.

During his tenure, he was an advocate for and worked towards the privatization of Japan's national railway system and was also a proponent of revising Japan's pacifist Constitution.

Born in Gunma Prefecture's Takasaki City in 1918, Nakasone entered politics in 1947, securing a seat in Japan's House of Representatives, or lower house of parliament, and went on to hold his seat for 20 successive elections.