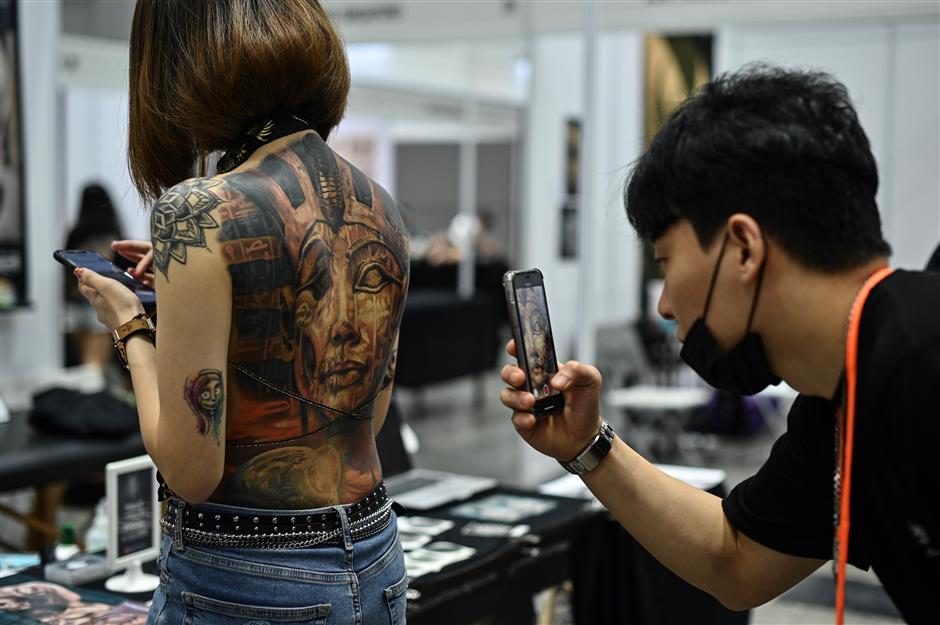 A man photographs a woman with tattoos during the International Malaysia Tattoo Expo in Kuala Lumpur on Friday.

Malaysia ordered an investigation on Monday into what the government called a half-naked tattoo show in the capital Kuala Lumpur, after pictures of heavily-inked men and women circulated on social media in the Muslim-majority nation.

The three-day Tattoo Malaysia Expo, which started on Friday and drew participants from 35 countries, was supported by the Ministry of Tourism, Arts & Culture, the show’s organizer said on its website.

But the ministry said this year’s event violated its standards for the first time since it was first held in 2015 and vowed “firm action” against the organizers.

Pictures in Malaysian media blurred the private parts of men and women in the show.

“It’s impossible for the ministry to approve any application for events that have obscene elements such as this, because it is not Malaysian culture, what more when the majority of Malaysians are Muslim,” Mohamaddin Ketapi, the minister of tourism, arts and culture, said in a statement.

“We will wait for the full investigation report ... and will not hesitate to take legal action if they are found to have been in violation of set conditions.” One of the organizers Carlos Benny Majakil had no comment.