US slaps fresh sanctions against Iran after missile attacks 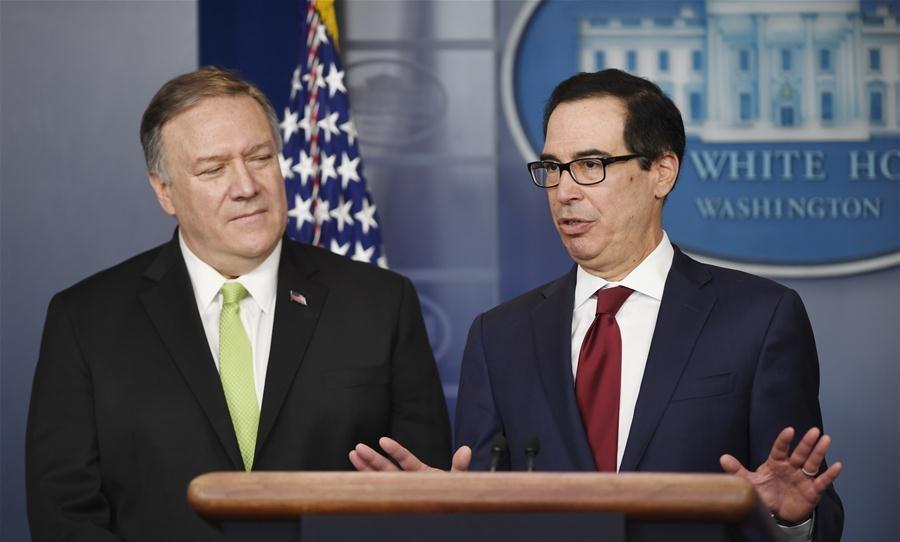 US Secretary of the Treasury Steven Mnuchin (right) addresses a press briefing at the White House in Washington DC, the United States, on January 10, 2020.

The US government said on Friday that it has imposed fresh sanctions on Iran, days after Iran's missile attacks targeting US forces in Iraq.

The latest move included sanctions on metal manufacturing and other sectors of the Iranian economy, US Secretary of the Treasury Steven Mnuchin told reporters at a White House press briefing, noting that the sanctions are both primary and secondary.

"The United States is targeting senior Iranian officials for their involvement and complicity in Tuesday's ballistic missile strikes," Mnuchin claimed in a statement issued by the Treasury.

Also on Friday, US President Donald Trump said in a White House statement that the punishing measures aimed at denying Iran's revenue that "may be used to fund and support its nuclear program, missile development, terrorism and terrorist proxy networks, and malign regional influence."

The Pentagon confirmed that Iran had launched 16 ballistic missiles against two military bases housing US and coalition forces in Iraq earlier this week.

Iran's Islamic Revolution Guards Corps had claimed responsibility for the missile attacks, saying that they were meant to retaliate the US killing of Qassem Soleimani, former commander of the Quds Force of the IRGC.

Trump said Wednesday in an address to the nation that "the United States will immediately impose additional punishing economic sanctions on the Iranian regime. These powerful sanctions will remain until Iran changes its behavior."

Since its unilateral exit from the Iran nuclear deal in 2018, Washington has been mounting pressure on Tehran through a series of sanctions. Iran has maintained a tough stance and scaled back its nuclear commitments in response.