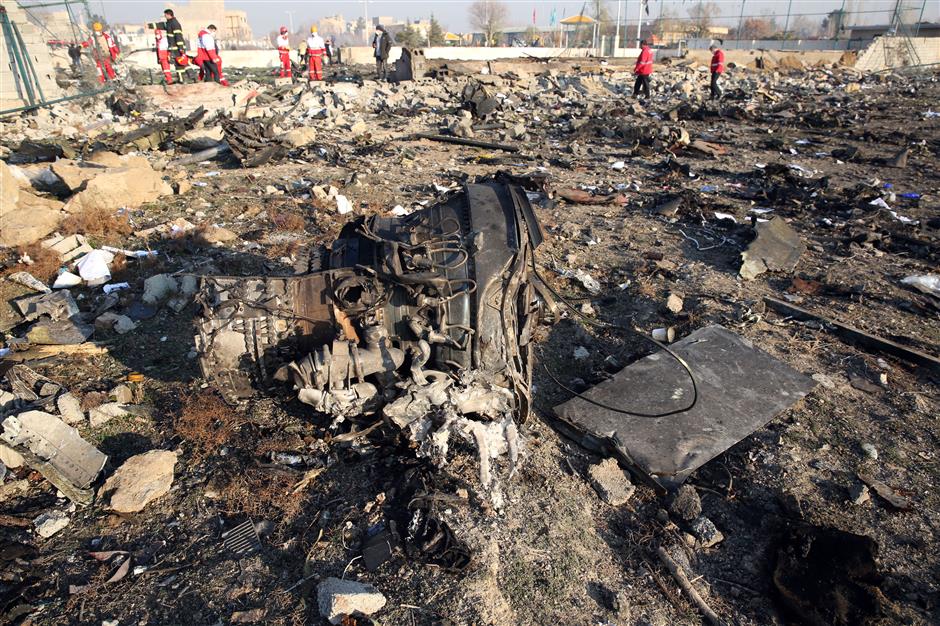 Rescue teams work at the scene after a Ukrainian plane carrying 176 passengers crashed near Imam Khomeini airport in the Iranian capital Tehran early in the morning on January 8, 2020.

Iran's armed forces on Saturday confirmed that an "unintentional" missile launch by the country's military was the cause of the Ukrainian International Airlines passenger plane crash over Tehran airspace on Wednesday.

The Ukrainian plane "was mistaken for a hostile target" near an Iranian "sensitive military site of Islamic Revolution Guards Corps" on Wednesday amid rising threats by the United States, a statement by the Iranian armed forces published by the official IRNA news agency read.

The incident was due to "human error," the statement was cited as saying.

Iranian President Hassan Rouhani on Saturday said that an Iranian "Armed Forces' internal investigation has concluded that regrettably missiles fired due to human error caused the horrific crash of the Ukrainian plane and death of 176 innocent people."

"A sad day. Preliminary conclusions of internal investigation by Armed Forces: Human error at time of crisis caused by US adventurism led to disaster," Zarif tweeted.

"Our profound regrets, apologies and condolences to our people, to the families of all victims, and to other affected nations," he said.

The chief of Iran's Aviation Organization on Friday had "vehemently" rejected reports that an Iranian missile had hit the Ukranian passenger plane in Tehran's airspace.

The Ukrainian Boeing 737 passenger plane with 176 people on board crashed on Wednesday near Tehran, leaving no survivors. The incident coincided with Iran's missile attack on a US military base in Iraq.