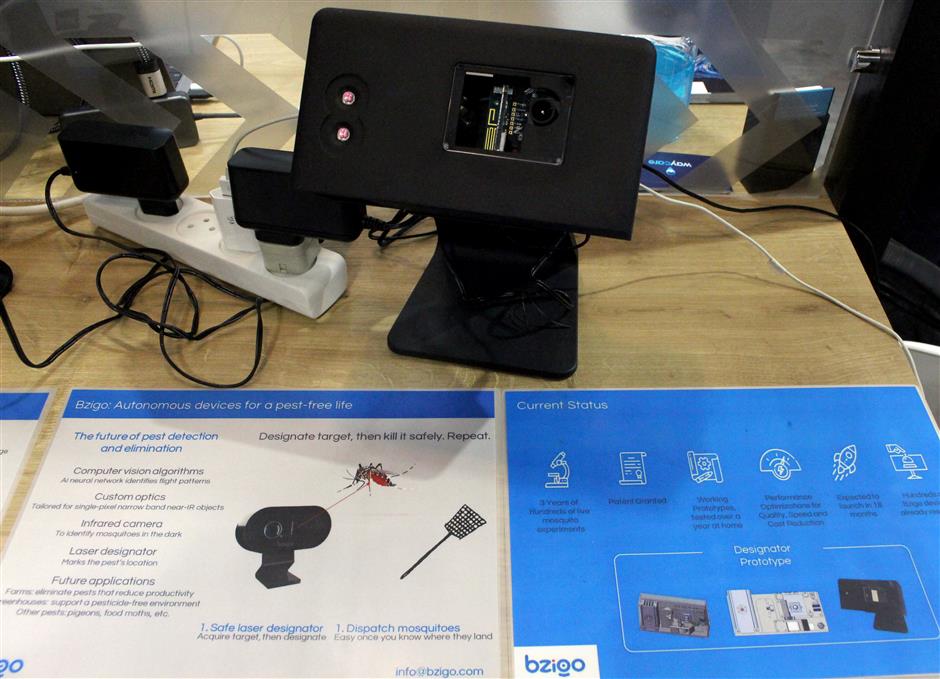 Startup Bzigo was at the Consumer Electronics Show last week with a gadget designed to spot mosquitoes and then mark them for death.

Bzigo, pronounced like “buzz” and “go” combined, watches constantly for flying mosquitoes and then hits them with a beam of laser light after they land.

The first generation of the device marks mosquitoes for termination, sending an alert to people’s smartphones to prompt them to execute the insects.

“A big problem with mosquitoes is finding them. That is what we solved,” said Nadav Benedek of Bzigo.

The World Health Organization has branded mosquitoes among the planet’s deadliest creatures due to their ability to carry diseases that kill millions of people annually. Even in locations where mosquito-borne diseases are not a problem, the buzzing blood-suckers are often abhorred.

Benedek said a second-generation Bzigo device, already built but kept out of the public eye for now, will automatically dispatch a flying nano-drone to kill targeted mosquitoes, sparing people from getting blood on their hands.

“A nano-drone flies from a docking station on the device, goes to the mosquito, kills it, and it comes back to recharge,” Benedek said, prompting a nearby visitor to the CES booth in Las Vegas, Nevada, to laugh uncontrollably.

Bzigo has already raised a million dollars in funding and is out to raise US$5 million to begin mass production of the device, which will be about the size of an apple when it reaches the market, according to Benedek.