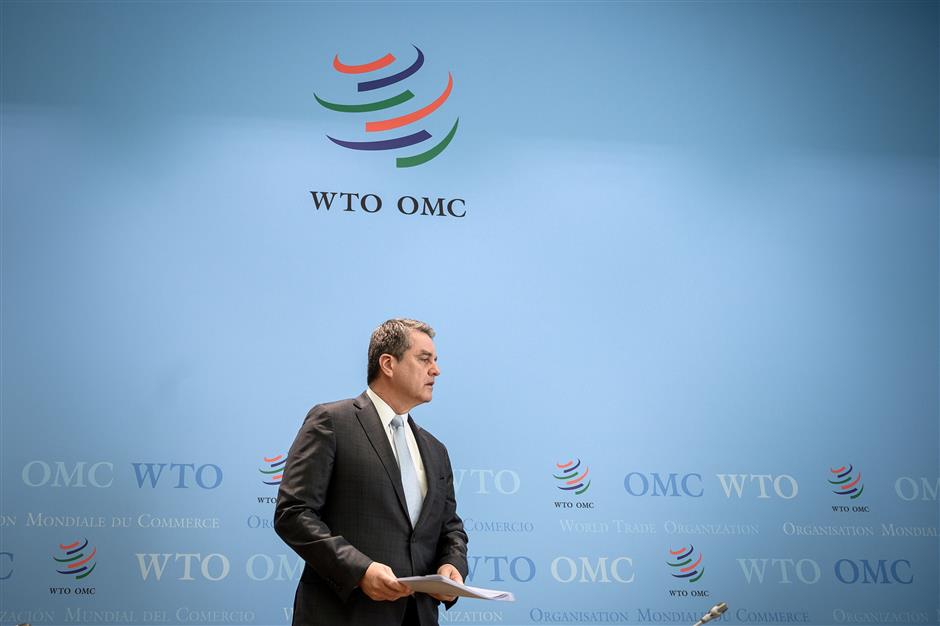 In this file photo taken on April 2, 2019, World Trade Organization Director-General Roberto Azevedo arrives for a press conference on global trade growth forecasts for 2019-2020 in Geneva.

World Trade Organization Director-General Roberto Azevedo said on Thursday that he will step down at the end of August this year, before the end of his term.

"This August, I will complete seven years as WTO Director-General. And I have decided that I will step down from my current position on 31 August 2020, cutting short my second term in office by exactly one year," he said in an announcement published on Thursday.

"This is a decision that I do not take lightly. Between the lockdown and my recent knee surgery, I have had more time than usual for reflection. And I reached this decision only after long discussions with my family," he said, denying any health-related reasons or political opportunities behind this decision.

Saying that it is a personal decision and a family decision, the WTO chief added that he is convinced that this decision serves the best interests of the organization.

"As members start to shape the WTO's agenda for the new post-COVID realities, they should do so with a new Director-General," Azevedo said.

He stressed that the multilateral trading system has been at the center of his career since he was first posted in WTO in 1997, and pointed out the many challenges facing the work of the Organization, including its reform.

"We know that the WTO cannot stand frozen while the world around it changes profoundly. Ensuring that the WTO continues to be able to respond to members' needs and priorities is an imperative, not an option," the WTO head said.

"The 'new normal' that emerges from the COVID-19 pandemic will have to be reflected in our work here," he added.

According to the procedures for the WTO chief selection process adopted by members in 2002, in the event of a vacancy, "the Chair of the General Council shall initiate, as soon as possible, a process for appointment of a new Director-General."

Azevedo said that he will continue to be in close contact with the relevant parties and urged the WTO members to make efforts to fasten the process of selecting the next Director-General.

"This Organization must start 2021 with a focus on the real challenges: ensuring that the multilateral trading system responds to new economic realities, above all the post-COVID recovery. It cannot afford to be distracted by a protracted search for a new DG," he said.