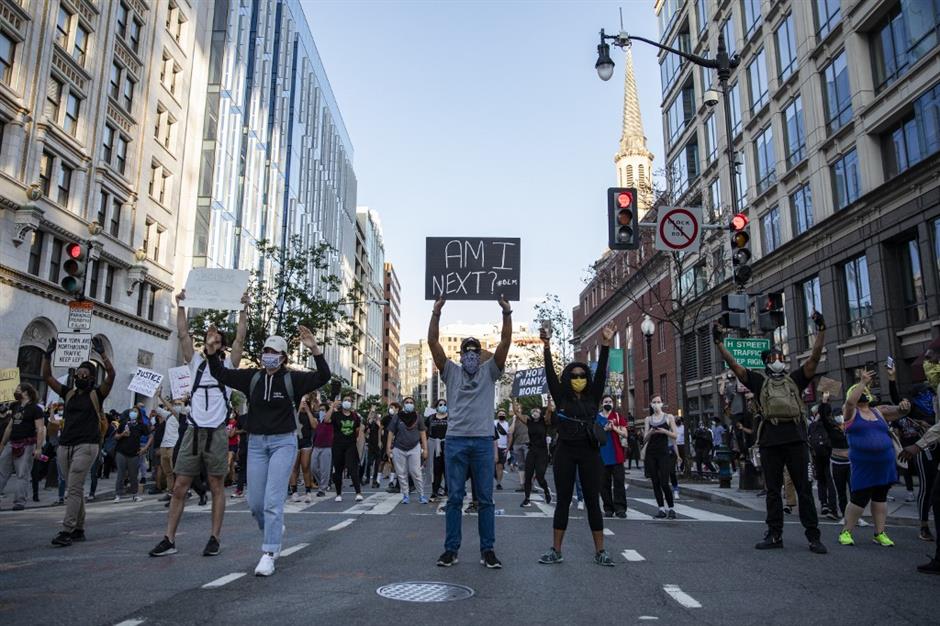 Demonstrators hold signs as they protest the death of George Floyd at the hands of Minneapolis Police in Washington, D.C. on May 31, 2020. Thousands of National Guard troops patrolled major US cities after five consecutive nights of protests over racism and police brutality that boiled over into arson and looting, sending shock waves through the country. The death Monday of an unarmed black man, George Floyd, at the hands of police in Minneapolis ignited this latest wave of outrage in the US over law enforcement's repeated use of lethal force against African Americans — this one like others before captured on cellphone video.

A nighttime curfew will be imposed across the United States' capital Washington on Sunday evening, the mayor of the District of Columbia said, after protestors again gathered near the White House.

Mayor Muriel Bowser said in a statement that the curfew would last from 11:00 pm until 6:00 am on Monday, adding she had mobilized the National Guard to support the police after nationwide protests.