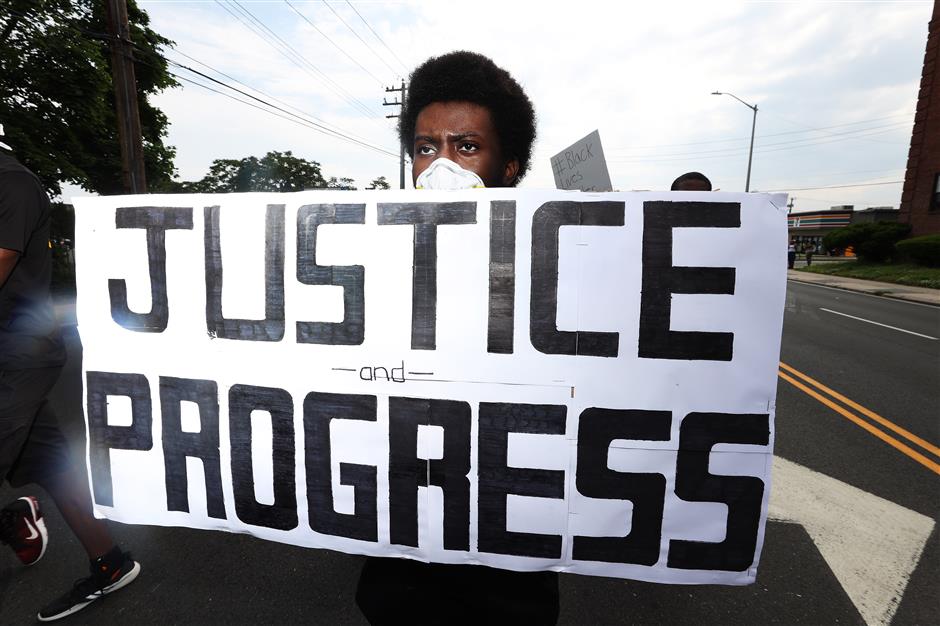 Protesters gather to march on June 5 in Hempstead, New York.

Governor of the US state of New York, Andrew Cuomo, announced a reform agenda to address police brutality, especially against minority communities, following the death of Minnesota man George Floyd.

Meanwhile, the state's attorney general will work as an independent prosecutor for deaths of unarmed civilians caused by law enforcement, he said.

"Mr. Floyd's murder was the breaking point of a long list of deaths that were unnecessary and abusive, and people are saying 'enough is enough,'" said Cuomo.

The governor pointed out that stopping police abuse vindicates the "99.9 percent of police who are there to do the right thing" and would also make the community-police relationship work better, he added.

Cuomo said New York should lead the charge and he would work with the state legislature to pass the agenda next week.

Confrontations — some times violent — between protesters and police have erupted during demonstrations nationwide during the past week. The governor said Thursday's incident in Buffalo of upstate New York between two officers and a 75-year-old man was "wholly unjustified and utterly disgraceful."

In a video circulating online, two heavily-armed officer pushed the man, who approached them alone during a protest over George Floyd's death, while asking him to move back.

The man tripped and fell backward with his head hitting the ground. Blood was seen coming from his head while no officer came to tend him immediately, as the video showed.

"Why? Why was that necessary? Where was the threat?" Cuomo questioned. "It's just fundamentally offensive and frightening. How did we get to this place?"

The governor said he had spoken with Buffalo Mayor Byron Brown and they agreed that the officers involved should be immediately suspended, a decision that was announced late on Thursday.

Cuomo said he had also spoken on the phone with the old man, who was in serious condition but is "thankfully alive."