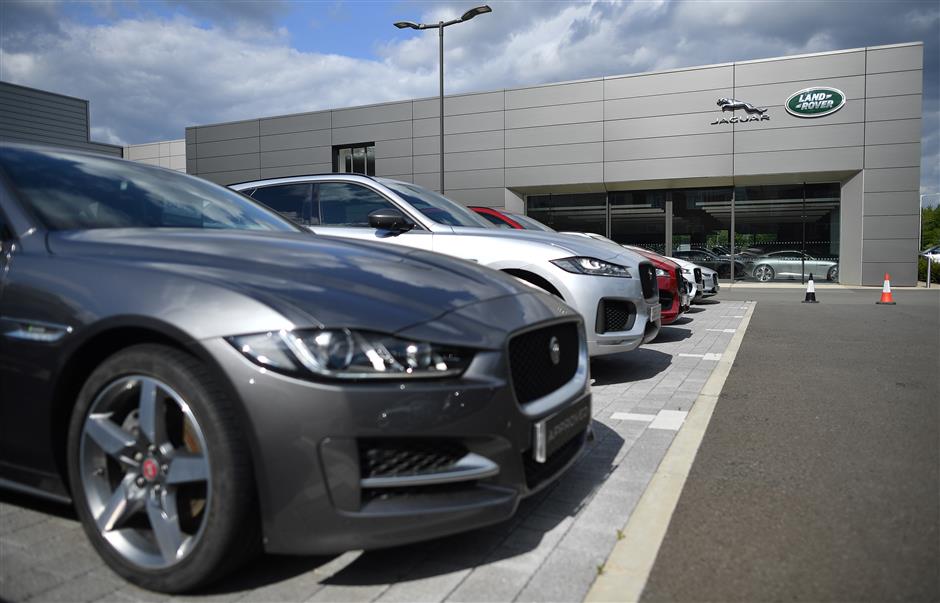 In this file photo taken on May 24, 2020 New Jaguar cars are pictured on the forecourt of a Jaguar Land Rover new car show room in Tonbridge, south east England. The British Car maker announced on June 15, 2020 that it would cut 1,100 temporary agency jobs in the UK due to activity hit by the COVID-19 pandemic.

The number of people in the UK claiming job-related benefits increased by a monthly 23.3 percent in May to 2.8 million, according to official figures released on Tuesday that likely underestimate the heavy toll on the labor market of the coronavirus lockdown.

The Office for National Statistics said the so-called claimant count — which includes both people who work on reduced income or hours and those who are actually unemployed — was 125.9 percent higher than in March, the month when lockdown restrictions were imposed.

The statistics agency also said the number of people on payroll fell by 2.1 percent, or 612,000, between March and May.

“If the public health crisis is just starting to ease, today’s figures show that the unemployment crisis is only just beginning," said Tony Wilson, director of the Institute for Employment Studies.

Wilson said that unemployment is rising faster than during the Great Depression in the 1930s and is set to top 3 million this summer.

The actual spike in unemployment would have been much higher were it not for the British government’s Job Retention Scheme, which has been paying a big part of the salaries of more than 9 million people.

Many companies have held off from cutting jobs during the lockdown as a result of the scheme, under which the government pays up to 80 percent of the salaries of workers retained, up to 2,500 pounds (US$3,150) a month.

Treasury chief Rishi Sunak has said that from August, firms will have to start making contributions to the salaries of workers that are retained but not working, and that the scheme will close two months later.

That’s raised concerns that Britain will see a huge spike in the official unemployment rate, which stood at 3.9 percent in April. Government figures released on Tuesday showed that 9.1 million jobs have been furloughed under the scheme by 1.1 million employers at a cost to the government of 20.8 billion pounds.

It's clear that not everyone will be able to sidle back into their jobs given that many firms are likely to go bust as a result of the lockdown. Figures last week showed the British economy shrank by a massive 20 percent in April alone.

Unions and employers are urging more support from the government. Sunak is expected to announce a big fiscal stimulus in the coming weeks.

“Unemployment falls unevenly across society and leaves scars that last generations," said Matthew Percival, director of people and skills at the Confederation of British Industry.

“The urgent priority must be creating inclusive jobs today, by turbo charging the sustainable industries of tomorrow.”