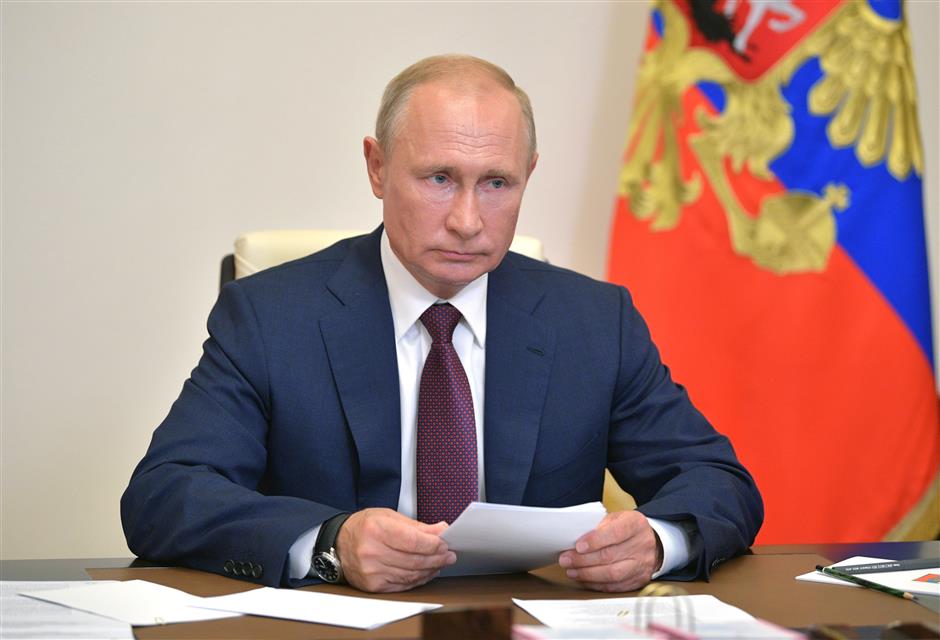 Russia's President Vladimir Putin holds documents as he attends a video conference with the working group on amendments to the Russian constitution at the Novo-Ogaryovo residence, outside Moscow, on July 3, 2020.

Russian President Vladimir Putin signed a decree on Friday on the official publication of the country's amended constitution after it was approved in a recent referendum.

The amendments become effective from July 4, according to the decree published on the Kremlin website.

Earlier in the day, the Russian Central Election Commission (CEC) certified the results of the referendum held between June 25 and July 1 on 206 constitutional amendments.

According to CEC data, over 74 million Russians cast their ballots, 77.92 percent of whom voted for the adoption of the amendments, while 21.27 percent voted against it.