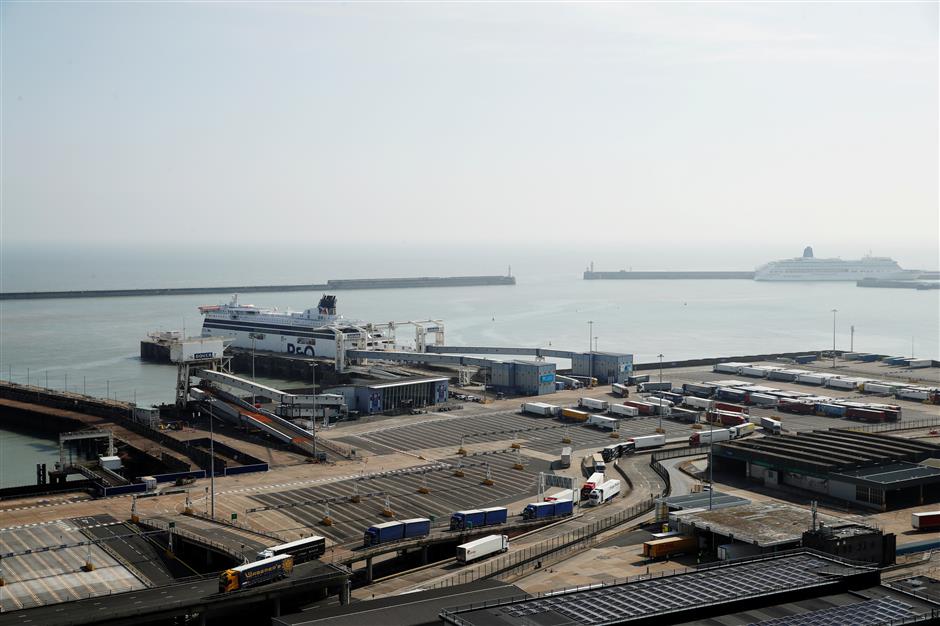 A file photo taken on April 18, 2020, shows the general view of the Port of Dover in Kent.

Britain pledged 705 million pounds (US$890 million) on Sunday to prepare its borders for cutting ties with the European Union on December 31, amid concern within government that it is not ready.

The money will fund new border posts, IT systems and 500 new staff to both ensure security and handle new customs controls after Britain leaves the EU’s single market and customs union, the government said in a statement.

Britain ended its EU membership on January 31, almost four years after the historic Brexit vote, but agreed on a standstill transition period until the end of the year while it tries to negotiate a new trade deal with Brussels.

The talks are moving slowly, sparking alarm among businesses that almost half a century of economic integration with the EU will end abruptly in a few months’ time.

Citing the disruption caused by the coronavirus outbreak, London has already said it will not immediately introduce checks on EU imports, instead delaying them until July.

But in a letter to Michael Gove leaked to the media this week, International Trade Minister Liz Truss expressed concern that border infrastructure would not be ready even by then. She warned the delay in imposing checks could spark a legal challenge at the World Trade Organization, adding: “I would like assurances that we are able to deliver full controls at these ports by July 2021.”

Gove, the minister in charge of preparing for Brexit, said the government had been consulting on the issue for months and insisted the borders would be ready.

“That’s the basis of the announcement today — more than 700 million pounds in order to provide infrastructure at ports, to invest in technology and also to make sure we have the personnel to keep ourselves safe,” he said.

The new funds only cover the border between mainland Britain and the EU, with plans for the frontier between the province of Northern Ireland, which will have a special trade status after Brexit, and the Republic of Ireland due soon.