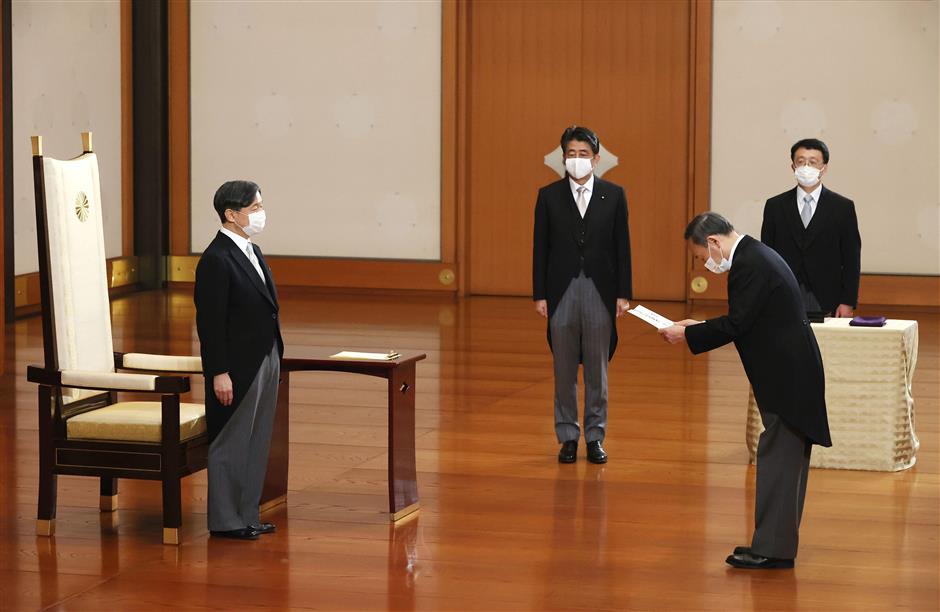 Yoshihide Suga, the newly elected president of the ruling Liberal Democratic Party, was sworn in as Japanese Prime Minister by Emperor Naruhito on Wednesday after being elected to succeed Shinzo Abe in an extraordinary parliamentary session.

After announcing the lineup of his new cabinet, Suga was formally endorsed by Emperor Naruhito in a ceremony at the Imperial Palace.

The new prime minister is scheduled to hold a news conference and convene the first meeting of the new cabinet later in the day.

Suga has formed his cabinet comprising a number of ministers who served under his predecessor Abe, whose cabinet resigned en masse in the morning. Fifteen of his picks for the 20-member cabinet held ministerial portfolios in the previous administration.

At the age of 71, Suga is the oldest prime minister to take office since Kiichi Miyazawa in 1991. His premiership will last through the remainder of Abe's term as LDP leader until September 2021.