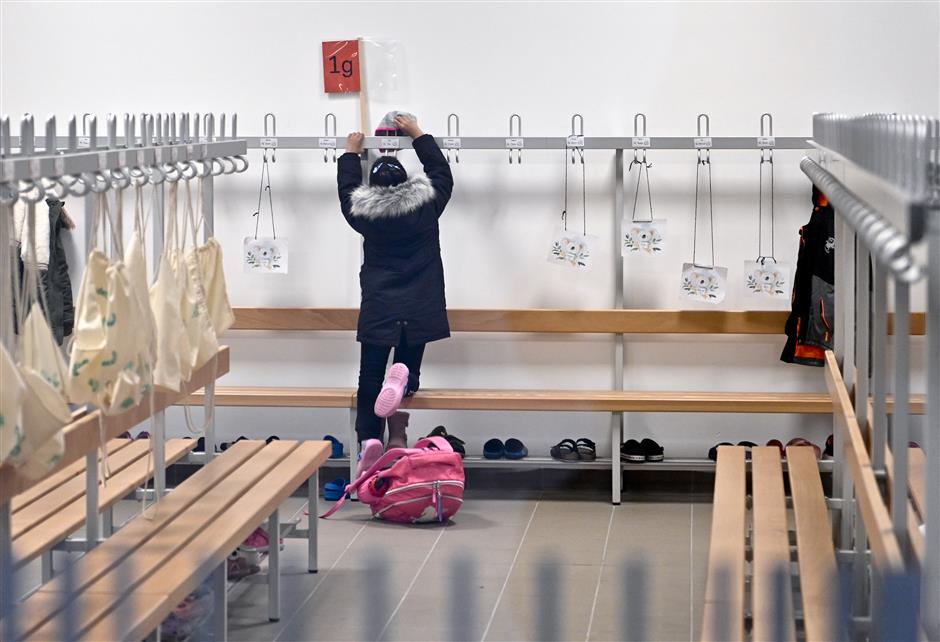 A student in an elementary school locker room in Vienna.

While Austria was held up as a model to follow during the first wave of the coronavirus pandemic, its return to lockdown yesterday has sparked a backlash against the government.

Experts, news outlets and opposition politicians have been lining up to condemn the conservative-green coalition government of Chancellor Sebastian Kurz for its handling of the second wave.

“Lack of anticipation” and “irresponsible behavior” are just some of the criticisms leveled at the administration since the new lockdown was announced on Saturday.

The closure of all schools and non-essential stores is “without question the expression of a total loss of control” said Pamela Rendi-Wagner, leader of the opposition Social Democrats.

“It is because of the government in particular that more severe measures are now necessary and that Austria has gone from being a model country to being the bottom of the table in terms of infections.”

Rendi-Wagner is herself a former health minister and trained as a doctor.

Saturday’s measures came two weeks after the closure of restaurants, bars, cultural and sports venues in a failed bid to curb the spread of the virus.

The country is now under curfew until December 6, with limited exceptions such as essential travel for work, buying groceries, helping or caring for others, or for exercise.

In spring, Austria was among the first countries in Europe to impose a lockdown and escaped the worst of the first wave.

But the number of daily infections in the country of 8.8 million has grown from 1,000 in early October to 4,657 on Monday.

Hospitals have said they are reaching capacity.

In western Tyrol province, 83 percent of intensive care beds reserved for coronavirus patients are already occupied, according to the national health agency.