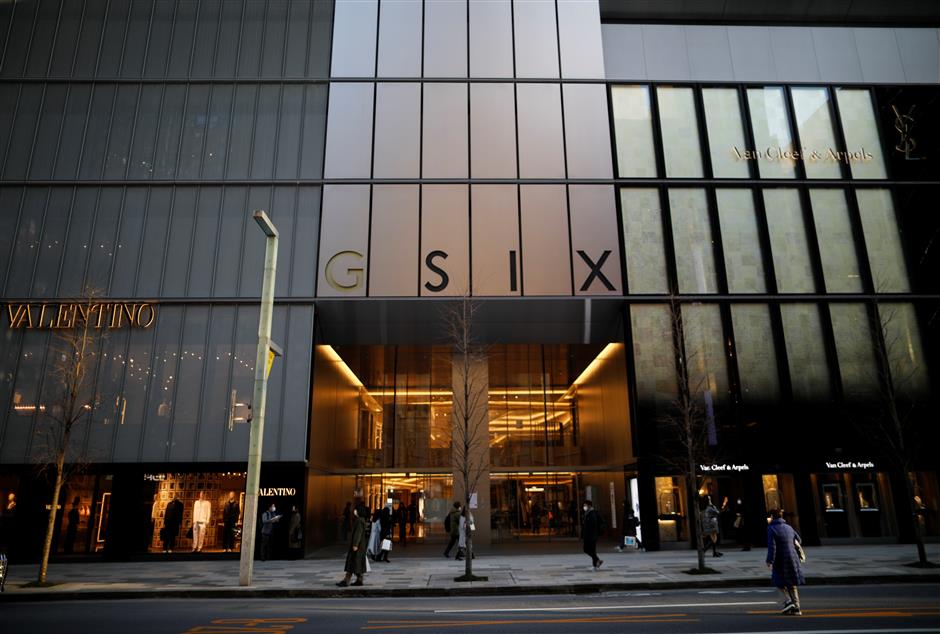 More than a dozen stores closed in Tokyo’s high-end Ginza Six mall this week as the coronavirus pandemic kept big-spending foreign tourists and other luxury shoppers away from an upscale shopping district famous for brand-name boutiques.

Until the pandemic closed Japan off to most foreign visitors last year, the retail complex, which opened in 2017 with around 240 stores, was a symbol of Ginza’s revival as a popular destination for tourists especially from foreign countries.

Ginza Six said yesterday that around 15 stores, including Italian fashion house Moschino, cosmetics brands Shiseido and Shu Uemura, as well as Salon des Parfums selling Annick Goutal and other fragrance brands, have shut in the past few days.

While Japan has not seen COVID-19 outbreaks on the scale of some other major economies such as the United States and Britain, infections have been rising steadily and the government declared a second state of emergency earlier this month.

“Retailers which were mainly focused on duty-free and other products popular with inbound tourists are struggling hard,” he said yesterday.

Travel bans have kept foreign visitor numbers at 1-2 percent of year-ago levels since last April, according to JTB Tourism & Consulting.

Department stores in central Tokyo, heavily dependent on tourists in the past several years, have been hit particularly hard. Isetan’s same-store sales fell more than 30 percent in 2020, with sales for its Mitsukoshi Ginza store down over 50 percent.