Debris fall from US airline hit by engine failure

A United Airlines plane suffered a fiery engine failure on Saturday shortly after taking off from Denver for Hawaii, dropping massive debris on a residential area before a safe emergency landing, officials said.

A video shot from inside the aircraft, which had 231 passengers and 10 crew on board, showed the right engine ablaze and wobbling on the wing of the Boeing 777-200, its cover entirely missing as the aircraft flew over a barren landscape.

There were no injuries on the plane or on the ground, authorities said. 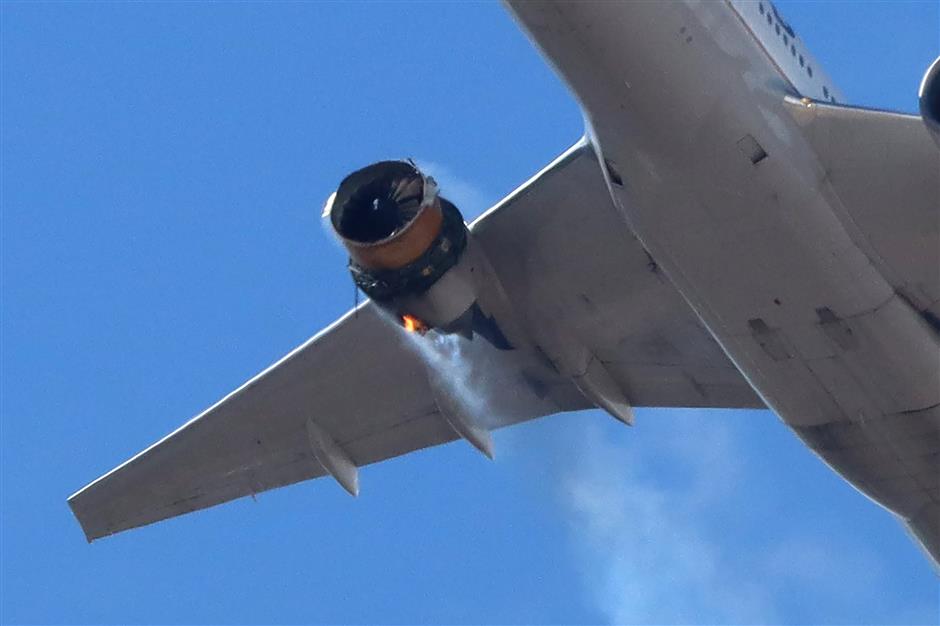 United Airlines flight UA328 returns to Denver International Airport with its starboard engine on fire after it called a Mayday alert.

“I can honestly say I thought we were going to die at one point because we started dropping altitude right after the explosion,” passenger David Delucia told The Denver Post. “I grabbed my wife’s hand and said, ‘We’re done.’”

Delucia said his stepdaughter tweeted the online video, which was shot by another passenger.

“Flight UA328 from Denver to Honolulu experienced an engine failure shortly after departure, returned safely to Denver and was met by emergency crews as a precaution,” United Airlines said in a statement.

“The majority of customers originally on UA328 are currently on their way to Honolulu on a new flight,” it added, saying those who did not wish to travel immediately had been provided with hotel accommodation.

In a recording of the distress call obtained from the website LiveATC, the pilot requested emergency permission to turn back to Denver.

Residents in the Denver suburb of Broomfield found large pieces of the plane scattered around their community, including a giant circular piece of metal that landed in the yard of Kirby Klements.

“It was a little overwhelming,” he told CNN. “It landed square on top of my truck and fell off,” he said, reporting that a separate large piece of debris had put a 1.5-meter hole in a neighbor’s roof. 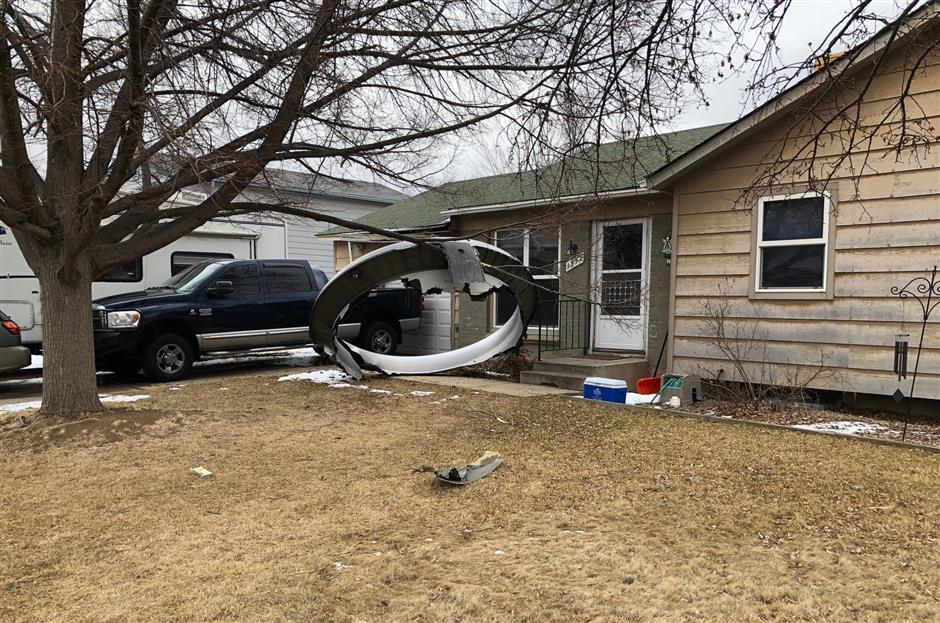 Debris from a United Airlines aircraft is seen in Broomfield, outside Denver, Colorado, on Saturday.

Heather Solar was running a practice at a park for her girls’ soccer team when she heard an explosion, followed by debris raining down. “At first I thought we were being bombed,” Solar told the Post. “There was so much debris in the sky.”

The Federal Aviation Administration said it was “aware of reports of debris in the vicinity of the airplane’s flight path,” adding that the agency and the National Transportation Safety Board would be investigating the incident. “If you find debris PLEASE don’t touch it or move it. The @NTSB wants all debris to remain in place for investigation,” Bloomfield police tweeted.

It posted photos of debris scattered across a sports field at a park, including one piece of the plane with a warning message painted in red: “Stand clear of hazard areas while engine is running.”

The 26-year-old 777 was powered by two Pratt & Whitney PW4000 engines. Investigators will focus on what caused the accident and will look at whether a fan blade failed.

Boeing said its technical advisers would assist the NTSB with its investigation, while United pledged to “work with federal agencies investigating this incident.”