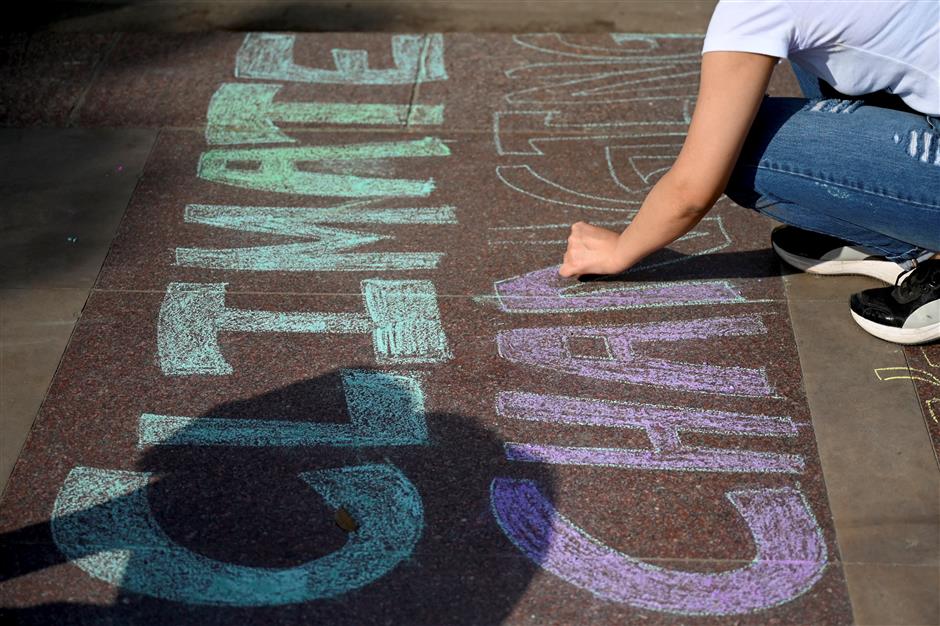 A woman participates in a street art campaign for climate change in New Delhi on Sunday.

India’s New Delhi was the world’s most polluted capital for the third straight year in 2020, according to IQAir, a Swiss group that measures air quality levels based on the concentration of lung-damaging airborne particles known as PM2.5.

The country was home to 35 of the world’s 50 most polluted cities, according to IQAir’s 2020 World Air Quality Report, which gathered data for 106 countries.

The findings were based on the country’s annual average of particulate matter PM2.5, airborne particles with less than 2.5 microns in diameter.

Prolonged exposure to PM2.5 can lead to deadly diseases, including cancer and cardiac problems.

Damaging airborne particles caused an estimated 54,000 premature deaths in New Delhi in the year 2020, according to a recent study by Greenpeace Southeast Asia Analysis and IQAir.

Despite an 11 percent reduction in the annual average of PM2.5 levels due to nationwide coronavirus lockdown curbs imposed last year, India emerged as the world’s most polluted country after Bangladesh and Pakistan.

In 2020, South Asia endured some of the world’s worst air quality on record.

Last year, Delhi’s 20 million residents, who breathed some of the cleanest air on record in summer months due to the lockdown curbs, battled toxic air in winter, following a sharp increase in farm fire incidents in the neighboring state of Punjab.