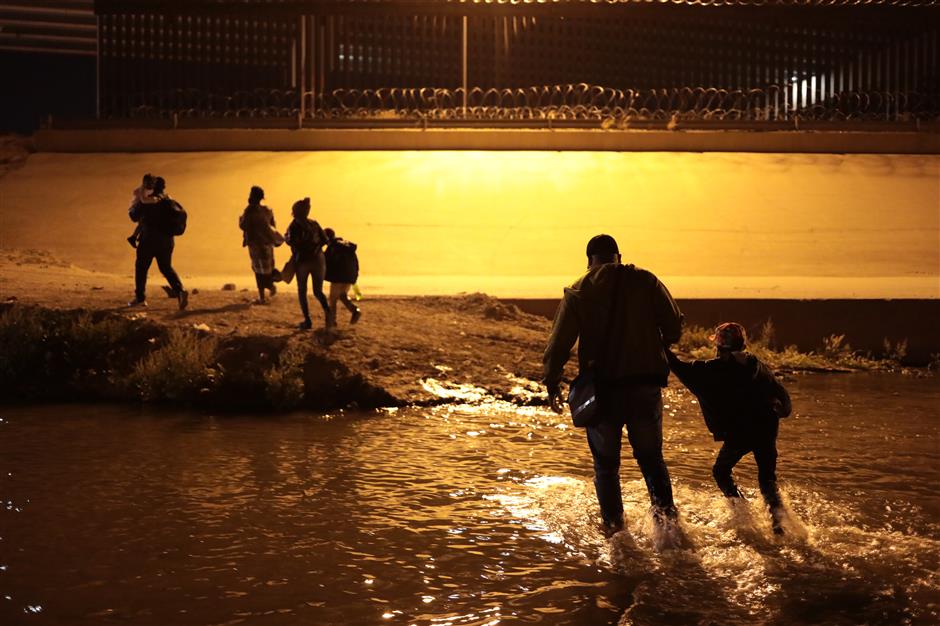 Immigrants from Haiti try to enter the United States from Juarez, Mexico, on March 30, 2021.

The Biden administration on Monday raised the annual ceiling for new refugees allowed into the United States to 62,500, after its decision last month to keep the number at the level set by the previous administration caused backlash.

The new number, effective for fiscal year 2021 that ends on September 30, marked an increase from the 15,000 cap set by the Donald Trump administration for the same 12-month period.

"This erases the historically low number set by the previous administration of 15,000, which did not reflect America's values as a nation that welcomes and supports refugees," President Joe Biden said in a statement.

"The sad truth is that we will not achieve 62,500 admissions this year," the president said, noting that his administration is "working quickly to undo the damage of the last four years," but that to make the "broken" refugee admission system able to process the desired number of applicants "will take some time."

Biden said his administration will reinforce efforts to expand the country's capacity to admit refugees, "so that we can reach the goal of 125,000 refugee admissions that I intend to set for the coming fiscal year."

He added that the more ambitious goal for the first fiscal year of his presidency "will still be hard to hit," stressing Washington will "use every tool available to help these fully-vetted refugees" seeking to enter the country.

Monday's announcement came as the White House, which faced an exacerbating influx of migrants on the southern border, backtracked in mid-April after an emergency determination signed at the time by Biden to keep the cap as it was drew immediate criticism from refugee groups and Democratic lawmakers. They deplored the administration's sudden and significant reversal from the its own commitment made in February to lift the annual maximum to 62,500.

The number of refugees admitted into the United States this fiscal year stood at only 2,050 as of March 31, according to the State Department's Refugee Processing Center.

More than 100 days into his presidency, Biden scored one of his lowest marks in polls for his handling of the immigration issue. His remarks last month admitting the situation on the southern border was a "crisis" forced the White House to downplay the president's use of words, saying the labeling did not indicate a change in the administration's official position.

"We're (going to) increase the numbers," Biden said of the refugee cap on April 17. "The problem was that the refugee part was working on the crisis that ended up on the border with young people and we couldn't do two things at once."