Merkel says her 'heart goes out' to flood victims 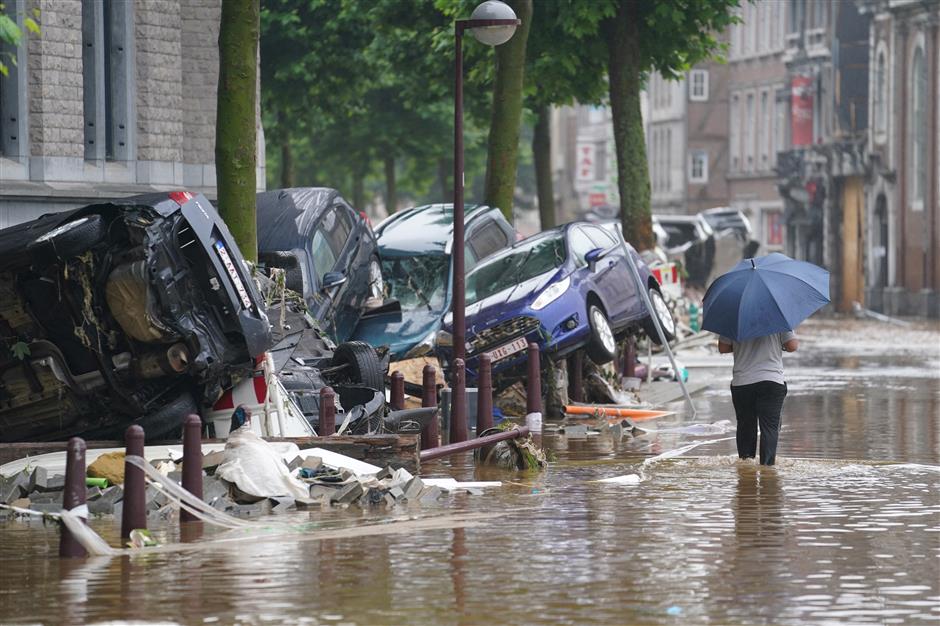 A picture taken on July 15 shows a view of a flooded street in the Belgian city of Verviers, near Liege, after heavy rains and floods lashed Western Europe.

German Chancellor Angela Merkel expressed deep sympathy on Thursday for victims of the flooding that has left at least 59 dead in Germany and several in Belgium.

Speaking at the White House during a trip to Washington, she called it a day "characterized by fear, by despair, by suffering, and hundreds of thousands of people all of a sudden were faced with catastrophe."

"My empathy and my heart go out to all of those who in this catastrophe lost their loved ones, or who are still worrying about the fate of people still missing," she said, noting many people in Luxembourg and the Netherlands were also suffering.

Merkel said her government would not leave those affected "alone with their suffering," adding that it was doing its "utmost to help them in their distress."

Standing at her side for a news conference after holding bilateral talks, US President Joe Biden called the flooding a tragedy.

Unusually heavy rains have inundated the four countries, causing rivers to burst their banks and flooding streets in cities and towns, while power was knocked out for hundreds of thousands of households.

In Germany desperate residents sought refuge on the roofs of their homes as rescue helicopters circled above.