Thousands of demonstrators rally in Madrid against NATO summit 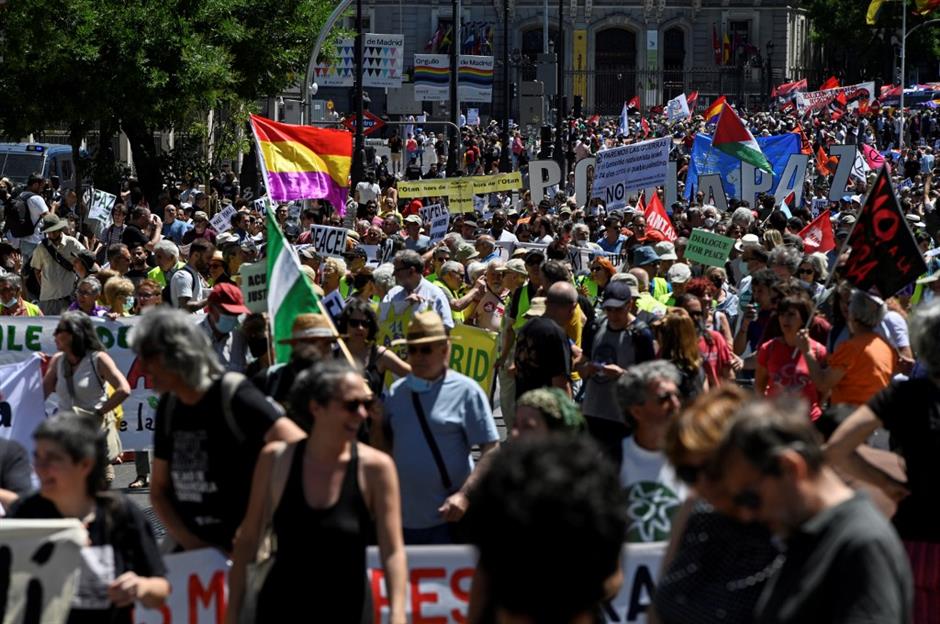 Thousands of demonstrators rallied on Sunday to call for peace and protest against a NATO summit to be held this week.

Social, antimilitarist and pacifist movements from around the world gathered to show support for a congress concluded here on Saturday by an anti-NATO group, and its latest declaration calling for peace.

Jose Luis Centella, president of the Communist Party of Spain, told Xinhua that "many, thousands of people are demonstrating today in Madrid for peace, for a multilateral world so that Spain can live in harmony."

While mentioning the drastic increase in Spain's military spending, Paloma, another protester, called for attention to "other problems such as the closure of emergency services, and outpatient clinics and hospitals which are more saturated every day, but there is no money for that."

Demonstrators believed that an increase in defense spending in Europe urged by the US-led military alliance was a threat to peace, saying the spending should be given to schools and hospitals.

As a response to the ongoing massive demonstration, the Spanish government has deployed tight security ahead of the upcoming NATO Summit.