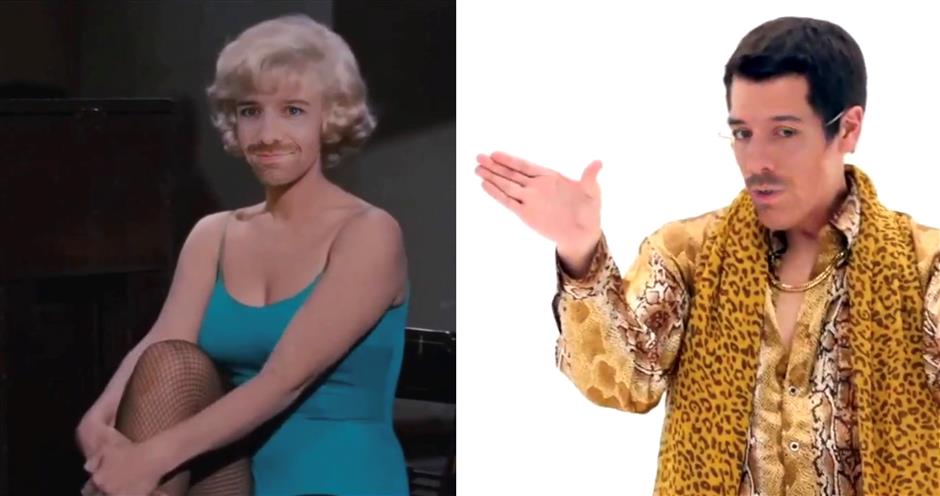 Andy as Marilyn Monroe, and some famous meme on the popular ZAO app.

Hollywood actresses and politicians have been popular victims of “deepfake” videos since they first showed up around 2017, but last weekend it was the turn of millions of Chinese. Kind of.

If you haven’t heard the term deepfake before, it’s a recent coinage that describes the process of digitally replacing someone’s face in a video using artificial intelligence. In the beginning, a couple of years ago, the technology was still a bit crude, but today it’s becoming harder and harder to tell whether the videos are real, or deepfakes.

There is also concern that deepfake technology could be used to make dangerous and damaging videos of politicians and world leaders. Just imagine if you could make the president of the United States say whatever you wanted! Actually, that particular example might not be so shocking.

To show the world the potential for deception, a deepfake was made using the face of former president Barack Obama in a video that discussed the dangers evident in the technology falling into the wrong hands.

When the same technology went viral in the form of a fun app in China last weekend, it didn’t start off anywhere near as dark as the US scenario.

Users downloaded the ZAO app by the millions, sending it skyrocketing to the top of Apple’s App Store charts, even though the app is currently only available here. Then they could upload a picture and quickly scan the topography of their faces before swapping their own visage with that of actors and actresses in popular movies and TV shows.

Some of the more popular scenes people imposed their faces into were montages of Leonardo DiCaprio and Marilyn Monroe. You could also become famous transgender personality Jin Xing, or heartthrob Li Yifeng.

But things soon took a dark turn after our WeChat Moments were already flooded with dozens upon dozens of friends’ deepfakes last Saturday. Word started to spread that the app’s user agreement — a mammoth 6,000 or so characters long — had you unwittingly sign away the rights to your own face, allowing ZAO, and its affiliates, to use your image in any way they saw fit, anywhere in the world.

WeChat quickly responded by blocking sharing of the app’s videos — they do that a lot with popular content created by their competitors, anyway — and the company, Momo, was forced to change their agreement and apologize. 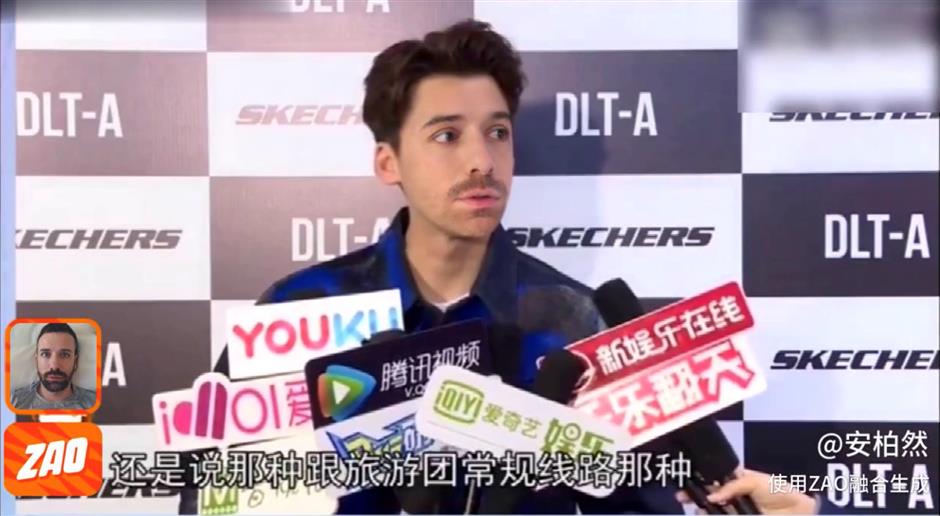 Why is it such a big deal?

The whole ZAO user agreement situation really hit a nerve with Chinese users, since China is fast becoming a society where one’s face is literally one’s proof of identity.

Facial recognition technology can already be used to buy food, board trains, enter restricted venues, pay bills, register for services, and mark your attendance at university (it can even note down if you fall asleep in class.) And it’s amazingly accurate. Even with China’s huge population of 1.4 billion, everyone’s face is unique enough to provide secure biometric data that can protect an individual’s identity. In fact, the accuracy rate is higher than 99%.

So users were rightly concerned about their biometrics data being freely utilized by a third party like ZAO, or outright stolen, which could end up in identity theft, with criminals utilizing that data to make digital payments, or worse.

China's Ministry of Industry and Information Technology stepped in this week and ordered the producers of the app to enhance data and privacy protections for its users. That includes performing self checks, strictly following national laws in regard to gathering user data, and taking steps to ensure that biometric data collected cannot be used in online fraud.

I’m not sure if it’s enough to save the app from its abysmal 2-star rating in the app store, but one thing is for sure: the technology used to make deepfakes is here to stay.