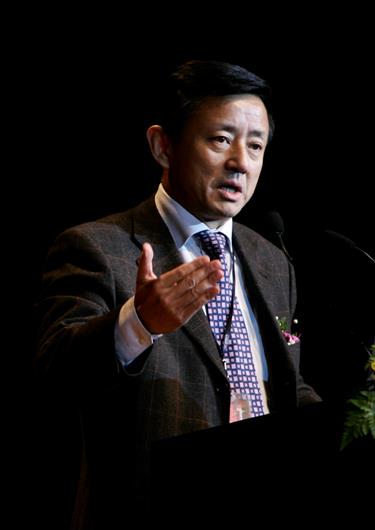 China’s economy is shifting from labor-intensive industries to services and high technology, which creates higher levels of value, according to experts at the 8th World Forum on China Studies that ended on Wednesday.

Fan Gang, Professor of Economics at Peking University and Chairman of the China Development Institute, believes that a country’s growth is not only driven by labor, savings and capital accumulation, but also by technological progress and institutional reforms

In 1949, China’s total industrial and agricultural value was 44.6 billion yuan (US$6.2 billion). In 2018, the gross domestic product of China reached 90 trillion yuan. Over the past seven decades, China has evolved from a mostly agricultural country to the world’s largest manufacturing nation.

Fan summed up the course of development a country like China would go through.

In the first phase, the country merely relies on comparative advantage, which means it produces goods or services at a lower opportunity cost than other countries.

Then the country takes advantage of late development by learning from the best practices and experiences of developed countries.

Taking China as an example, the country that once had distinctive comparative advantage now faces challenges such as labor shortages and higher wages.

The reform and opening-up has enabled China to take advantage of knowledge spillover to acquire advanced mechanisms and frontier technologies.

“For a developing country, late-development advantage is much more crucial than comparative advantage,” said Fan.

According to Fan, China has entered the third stage — continuing to learn, imitate and grasp knowledge from developed countries while boosting innovation.

“There is no denying that there are instances of infringement of intellectual rights in the developing world,” Fan said. “However, attributing China’s breakthroughs to intellectual property theft is both unfair and untrue. Imitation is not shameful.” 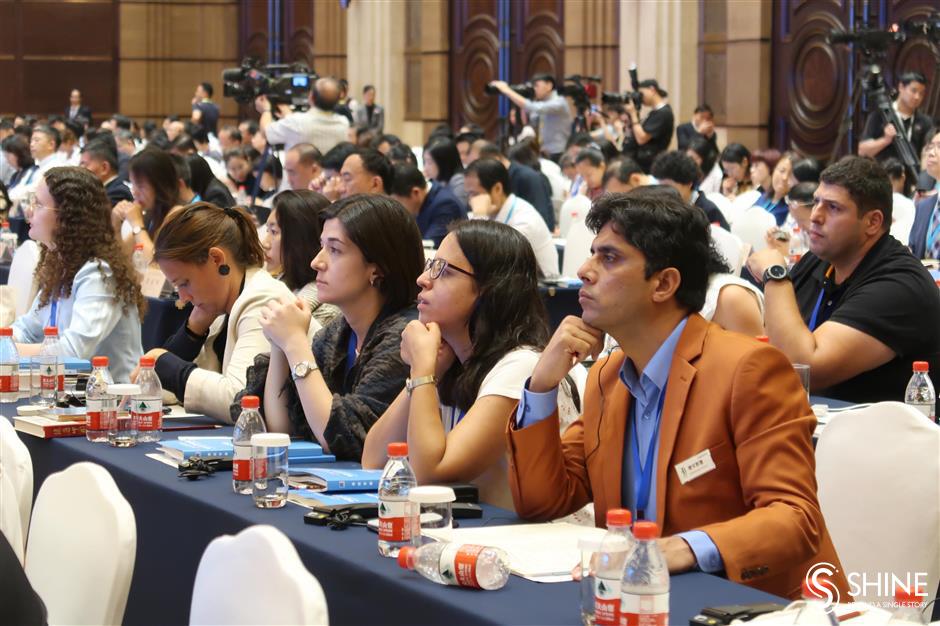 People attend the opening of the 8th World Forum on China Studies on Tuesday.

In 2018, China’s external payments of intellectual property rights royalties reached US$35.8 billion, according to the State Administration of Foreign Exchange.

In light of the latest strategy for national development, China is working hard to move away from being the world’s “factory” to becoming a provider of higher value-added products and services. To achieve the goal, it is essential to foster innovation and eliminate bottlenecks in industrial development.

The US ban on sharing technology with Huawei further reflects the significance of independent development of core technology.

Fan advocated an open world and a system of knowledge transfer.

In the era of globalization, international cooperation allows people to achieve a common goal and derive mutual benefits.

“No country or corporation can be a lone wolf, all have a stake in each other,” said Fan.

Special Reports
ADVERTISEMENT
61909
,
New thinking needed in tackling our water issues
Green markets are not enough to save us from crisis
Shanghai, let's make sleep our superpower
What?! Is buying a cat in Shanghai really that expensive?!
Communication is at the roots of understanding
Double standards of Western 'preachers' and the nefarious intentions behind them
Get over yourself and say 'yes' to pleasure
Living like a local: the German artist and her century-old traditional Shanghai home
'State's children' a model of national unity
Simple tips for leading a quality and low-carbon life
EXPLORE SHINE