Shanghai: An unexpected city where Communist Party of China was born

Shanghai is China’s financial center, a place where companies from around the country and around the globe meet to do business. At first thought, it might seem an unlikely place to witness the official beginnings of the Communist Party of China.

But that’s exactly what happened when, in July 1921, Mao Zedong and 11 other deputies from around China met to hold the first-ever meeting of the Party. Now, nearly 100 years later, the CPC is the biggest political party on the planet based on number of members.

I visited that location, as well as a former Shanghai home of Chairman Mao, to find out a bit more about the political history that ultimately led this city to become what it is today.

Andy checks out the site of the First Meeting and visits one of Mao Zedong's old Shanghai homes.

Put down your biases

The problem for a lot of foreigners when it comes to anything to do with Communism, the Communist Party of China and Chairman Mao is that we often let our pre-existing biases get in the way. In the West, we’re brought up with certain ideas and belief systems, but it’s valuable trying to put them aside and open our minds to other ideas, beliefs and ways of doing things, at least for an hour or so.

The style of politics and governance in China is different to the West, in many ways, so present and past leaders here are usually held in high regard — this can mean that when their image or words of guidance are revered and placed on a pedestal we can feel a little uneasy.

My best advice is to try to step inside the local context for a bit, even if that’s outside of your comfort zone, so that you can truly enjoy the information, history and culture that’s ready to be absorbed. 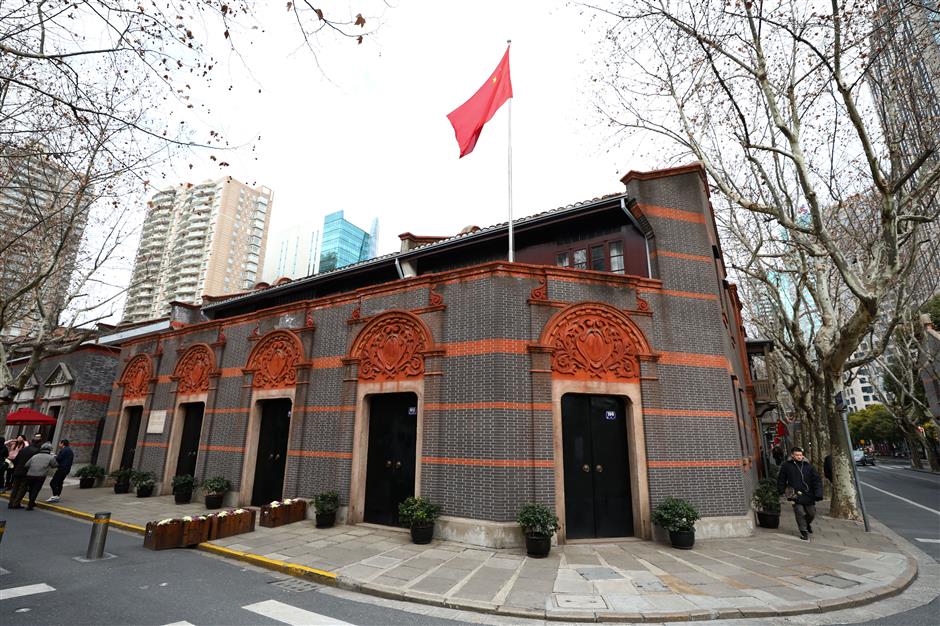 The site of the first National Congress of the Communist Party of China is next to Xintiandi, one of Shanghai’s top shopping areas.

Site of the First Meeting

Today China has opened up and enjoys trade and development with the rest of the world. Shanghai is China’s financial center. The transaction volume of the city’s financial market totaled 1,645 trillion yuan (US$231.6 trillion) last year. The city is also home to more than 700 multinational corporations. Xintiandi is one of Shanghai’s top shopping areas, a trendy urban area spanning 30,000 square meters.

Seemingly at odds with it, Xintiandi is also next to the site of the first National Congress of the CPC.

The location has now been turned into a museum and is under state protection, and a redesign of the surrounding area has been given the go-ahead.

Once inside the old, Shanghai-style building, you can check out a replica of the table and teacups Mao and 11 other deputies used during the congress, and there are two multimedia performances incorporating wax figures of the deputies. 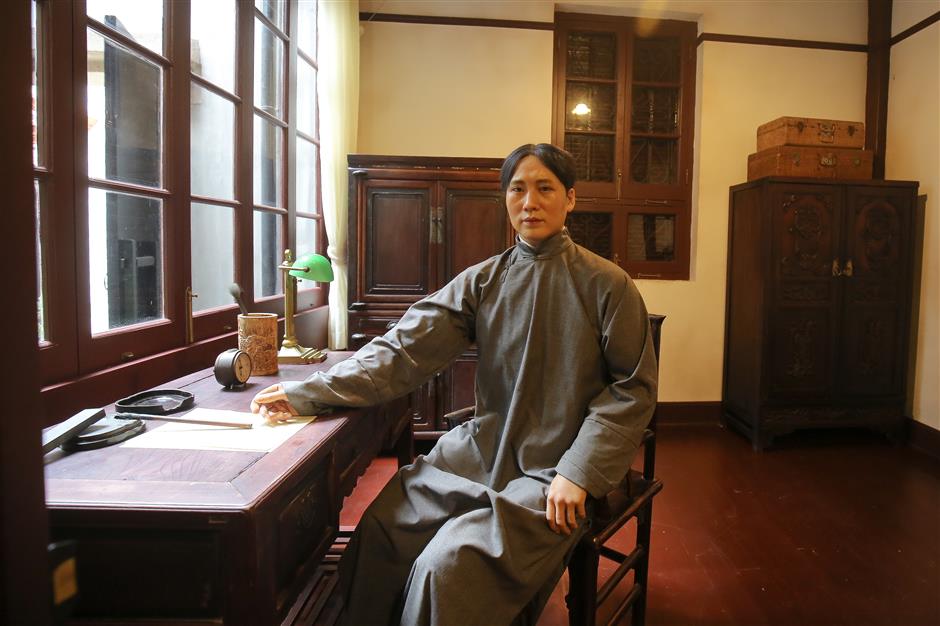 A former residence of Chairman Mao near Weihai Road in Shanghai features a wax figure of young Mao Zedong.

Mao has several former residences here in Shanghai, but the most interesting for me is definitely the old-style, two-story shikumen home near Weihai Road. Mao lived there when he worked in the city in 1924.

Entry is free of charge, and you can check out a small museum, wax figures of Mao and his wife and children, plus some artifacts including Mao’s old stationery and a leather chair he used in 1961.

Also on display are documents, photographs and more about the backstory surrounding Mao and his time right here in Shanghai.

Now the offices of Shanghai Daily and other media tower over Mao’s old residence, and I can see it directly from my 40th floor window.

But modern Shanghai is easily forgotten once you step inside the gate, and the area somehow becomes clear and quiet. It’s quite easy to imagine what life was like for Mao and his family here back in 1924 during that cold February.

Shanghai has so many culturally significant sites to visit, and they are not all just about political history.

I hope to tick many more off my list in the months to come.