Necessity indeed is the mother of invention 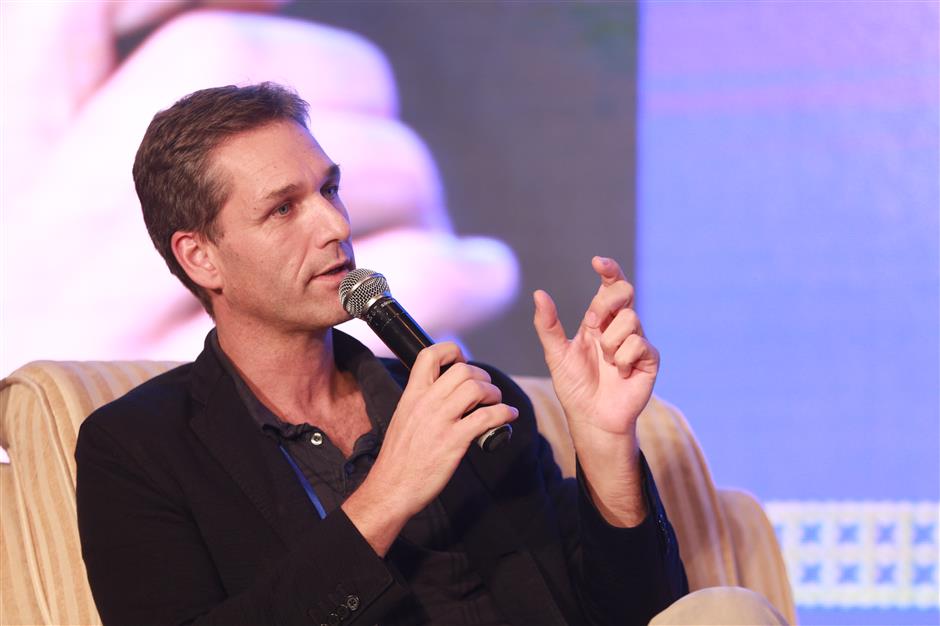 It may be some time before we can take stock of the full cost of novel coronavirus pneumonia, or COVID-19. It has shaken our lives with many loved ones lost. It has impacted global supply chains and market sentiment, with share price volatility shaving revenues off next-quarter projections for companies both within and outside of China. Analysts estimate that the epidemic could shrink China’s overall GDP growth this year by up to 1 percent and further impact the global markets.

Keeping track of these human and economic costs has dominated the international news and forced China to manage, with equal measure, a crisis of health and of the economy. But these analyses remain short-sighted and are not fully comprehensive.

If we want to learn actionable lessons from this global crisis, we must not undermine the incredible speed, foresight and adaptability that China has demonstrated in its response to multiple challenges. In fact, we should applaud it and take note.

While the World Health Organization has championed China’s efforts, few international analysts have reviewed the advanced technological means used by China to tackle the epidemic both directly and indirectly. Fewer, still, have commented on the spirit of collaboration and solidarity that has been supercharged by the rapid deployment of new technologies.

China’s strategy has been multifaceted. Robots enabled the disinfection of rooms, patient treatment, delivery of medical supplies and even helped feed frontline medical workers, rapidly, safely and efficiently. New apps and new features within existing apps were developed in days to provide the public information, assess risk or medical consultation by experts.

Alipay, for example, provided development support for a national health code system to assess individuals for self-quarantine based on basic health information and travel history. The Hangzhou health code system generated over 6.51 million codes (in Chinese) and racked up 10 million visits on the first day and over 150 million daily health check-ins recorded on DingTalk.

In addition, contactless initiatives surged to help cut out the need for any hand-to-hand, or hand-to-object contact, and China’s on-demand service platform Meituan Dianping has taken this one step further by deploying grocery deliveries to the outskirts of Beijing thanks to self-designed autonomous delivery vehicles.

The biggest experiment in remote working

A rapid-fire solution to ensure business continuity was no small feat and required cooperation from the public and private sectors. WeChat Work, WeChat Pay, DingTalk, SenseTime, Vikpid, Bilibili and Taobao Live have been instrumental in ensuring business continuity for a nation where 800 million remote workers have been in self-quarantine for weeks.

Downloads of WeChat Work increased fourfold and those of Dingtalk increased by five times to serve over 10 million companies with more than 200 million employees working remotely. As the nation anticipated the pressure that would put on servers, technologies were rapidly upgraded and optimised, with WeChat Work ramping up its capacity for audio and video conferencing to accommodate up to 300 participants per meeting.

E-commerce giant Alibaba’s livestreaming unit, Taobao Live, also doubled the number of live broadcast rooms. In fact, livestreaming events surged 110 percent allowing hosts from more than 100 different occupations and sectors to livestream simultaneously. The technology boom that has resulted from this crisis has even opened up new avenues for growth. More than 20 global car brands including BMW and Audi are leveraging livestreaming to sell cars.

But getting back to work was just one of China’s many concerns. COVID-19 resulted in extended closures for schools well beyond the Spring Festival holiday, so China’s education ministry launched a national cloud learning platform aimed at providing learning resources for high school students around the country. More than 50 million students and 600,000 teachers used Dingtalk to conduct remote classes on the first day back in class on February 10.

Meanwhile, technology companies Sensetime and Vikpid supported schools by offering complimentary video tutorials to children between the ages of 4 and 18 to prevent students stuck at home from falling behind on their studies. But the effort didn’t stop there. Free classes were available for adults stuck at home to give them the opportunity to use long hours in isolation for self-development.

A holistic approach for a nation in crisis

What impresses me most is that, despite the complexity of the logistical challenges faced, none of these efforts took for granted the cost of self-quarantine on lifestyle. It was touching to see the entertainment sector tapping livestream to engage audience and fans and the rise of “cloud clubbing,” where livestreaming sessions were launched by music labels and clubs on video platforms like Douyin, Kuaishou and Bilibili. Museums and bookstore chains also used livesteam to attract audiences.

Some will remain skeptical of these efforts by companies taking advantage of the crisis. But I see this as being driven by demand based on the needs of the situation. We might have expected hoarding to occur in response to scarcity and uncertainty. But instead, I have witnessed quite the opposite. A spirit of empathy and encouragement has emerged. Not just by the wealthy, and not only in response to an organized call for help from the government. But spontaneously, out of genuine solidarity, as a nation faces a crisis together.

That is why a robust analysis must also take the pulse of public sentiment. And where better to look than the social media channels. As a European who has lived in China for more than eight years, I have had the unique opportunity to witness humor and warmth emerge on WeChat, where civilians shared innumerable funny memes and videos to alleviate the pressure of isolation and boredom. A deeply humbling video that went viral showed a community of tower block residents chanting “I give you courage” in unison from their windows.

Sentiment on social media, which is so often criticized for creating a culture of superficial self-promotion, has been almost serene in recent weeks. Influencers have voluntarily held back from posting promotional campaigns out of respect for public sentiment. The likes of Li Wenliang and Zhong Nanshan have captured our imaginations in China.

This is not to overlook the plight of those who are most exposed economically. The millions from all over the country who rely on manual labor, and the smallest enterprises who cannot sustain such a long period without earnings, will be hardest hit with the combined effects of economic inactivity and rising inflation.

As a global community, we all need to be mindful of the real economic costs for real people, especially the poorer, sustenance workers or small enterprises. A small shop closed for six weeks is unlikely to survive. I have been humbled by the immediate civic response to rally around and help those in need.

My friends and co-workers have been involved in crowd-funding campaigns to amass donations. A colleague who is running MakersPlanet, one of our partner communities on Wikifactory, has been working 15-hour days on the Wuhan Rescue program raising funds, securing supplies for delivery to the epicenter of the health epidemic.

Go beyond crisis-ready to future-fit

What can we learn from this, hope for, and proactively put in place? We’re not just talking about exceptional spikes to specific industries in response to unique circumstances, and assuming this will become the norm. It is far too early to predict this with any accuracy. Perhaps there are more general lessons to learn and broader shifts in mindset required about the transformational use of technology in times of crisis.

There’s a saying that “necessity is the mother of invention,” and nowhere have I seen this adage more at work than in China these last weeks. The rise of upskilling by online training and cloud learning services points to a new future of education. The use of self-driving vehicles, robots and AI technologies point to investment in new technologies to drive greater efficiency. The rise of remote working technologies could lead the way for a new professional landscape. All this innovation, the spirit of ingenuity and solidarity between governments, companies and the general public coming together to tackle a crisis as one are evidence of the resilience and resourcefulness of the Chinese in challenging times.

The lesson is to embrace change proactively, and not just in response to a crisis and enforced need. This isn’t just about damage limitation or crisis recovery, but the acceleration and widespread adoption of sustainable solutions and systemic changes. Empower this with new ways of working, learning, producing and distributing; establish an infrastructure that is less reliant on people, physical or direct ways to work, make and distribute.

China is showing the world how it is prepared to withstand this crisis. But in doing so, it may even come back stronger and offset losses. The spirit of ingenuity and innovation, new applications of technology, new ways of collaborating, learning and operating could have a long-term positive effect.

(Nicolai Peitersen is the author of "Ethical Economy" and co-founder of Wikifactory.com – an Internet platform for collaborative product development. Peitersen started his career at the Central Bank of Denmark and the investment bank of J.P. Morgan in London, and has since then co-founded a number of organizations, internationally and in China. He has lived in China for eight years.)

Special Reports
﻿
61922
,
61929
,
Tributes to China's 'father of hybrid rice'
Nobody speak: the fear of cancel culture
Career snobbery 2.0: the problem with the passion mantra
Rural area is critically important to the future prosperity of China
Advanced economies can do more to help others
On how to show the magic of the city with stories
25 working days until the next holiday! Get away from it all? Nah
Only dialogue can lead to peace and mutual prosperity
Happy birthday: We're all getting older, so let's end ageism
A Lao student's views on Sino-Laos friendship
EXPLORE SHINE