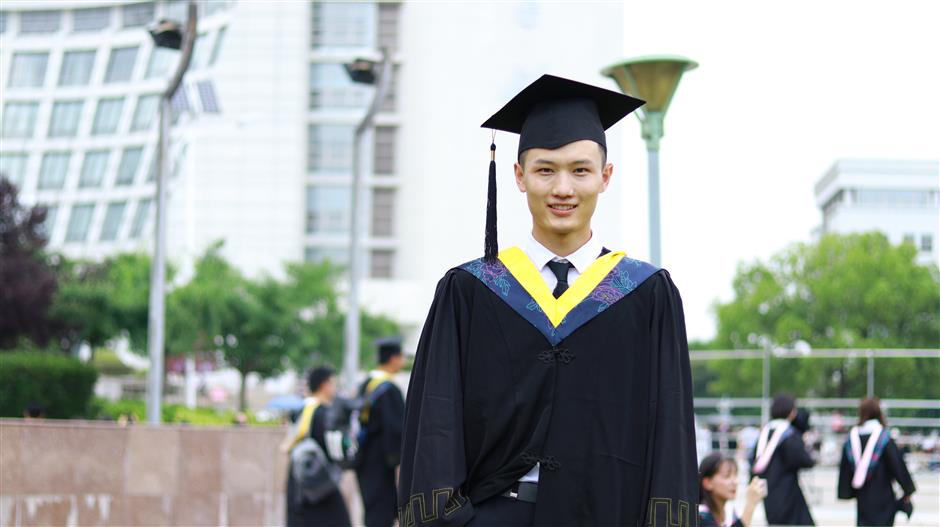 Jesper Zhou is now, like most Chinese, an expert in all things novel coronavirus, even though he’s been outside China studying his master’s degree during the entire epidemic. His knowledge is coming to good use now, though, because his university of choice is in Milan, Italy.

When COVID-19 first started to rear its ugly head in January, Jesper followed the news closely and kept in touch daily with his family back home in Henan Province.

“I was always worried that they might not have enough masks and sanitizer,” he says. “So I would always call them up and make sure they hadn’t left home for any reason.”

Back then, when the virus had barely reached European shores in any great numbers, a serious outbreak in Italy was the last thing on his mind.

Chinese student union groups in Italy worked hard to raise money and send face masks back home because of the shortage in China, Jesper says.

One Chinese WeChat group for international students in Italy raised 54,099 yuan (US$7,760) and sent two lots of masks back to China, but the last lot of 1,500 was kept behind to benefit foreign students and locals in Italy after the tables turned.

The entire country is now effectively under lockdown — COVID-19 has flared up in the north and is continuing to spread. Now Jesper stays home as much as possible, and has only left the house once in the last few weeks to buy supplies.

He says he’s noticed locals there are only now starting to take note of the seriousness of the situation. “People here don’t really take heed of what the government says as much as back home,” he laughs. “Now people seem to be staying home.”

But even home hasn’t been a safe haven for Jesper and his Chinese roommate until the last few days.

“Our landlord is selling the apartment, and up until about a few days ago he kept bringing potential buyers around to view the property,” he tells me. “People would come around with no masks on and we’d have to sanitize the place each time, but now we’ve asked him to stop bringing people around and he seems to understand the severity now.”

A woman wearing a protective mask walks in Milan as a lockdown is imposed in Italy to slow the outbreak of novel coronavirus.

Apart from a few items like fresh Italian noodles and milk, Jesper and his roommate are relying on apps designed by and for Chinese in Italy to buy food supplies which are then delivered to their door, just like back home.

“It’s really good because we can buy most things like vegetables, meat and snacks, and the prices haven’t gone up since the situation got worse.”

There are local apps too, he explains, but the wait time can be much longer and sometimes the delivery person can only speak Italian. “So we still just prefer to use the Chinese apps.”

When comparing the Italian response to the swift actions of China’s government, Jesper says he is very satisfied with the official reaction.

“I think some of the discussion on Weibo about Italy is a bit unfair, because I feel they acted fast and, for example, they even closed universities in Milan when the number of cases was still quite low — I really appreciate that.”

He adds that his university has been really good with communication during the entire situation, sending e-mail updates daily. “I really clearly understand what’s happening here, and what our university has done and plans to do, and I’m happy with that.”

Jesper says he’s not worried and that he feels the situation is okay. “Before I was really worried about my family back in China and whether they were safe and staying home, but now I only have to worry about myself.”

And he has no plans to leave home anyway, he promises me. “We have more than enough food and supplies to stay at home for more than a month — it’s really no problem.”